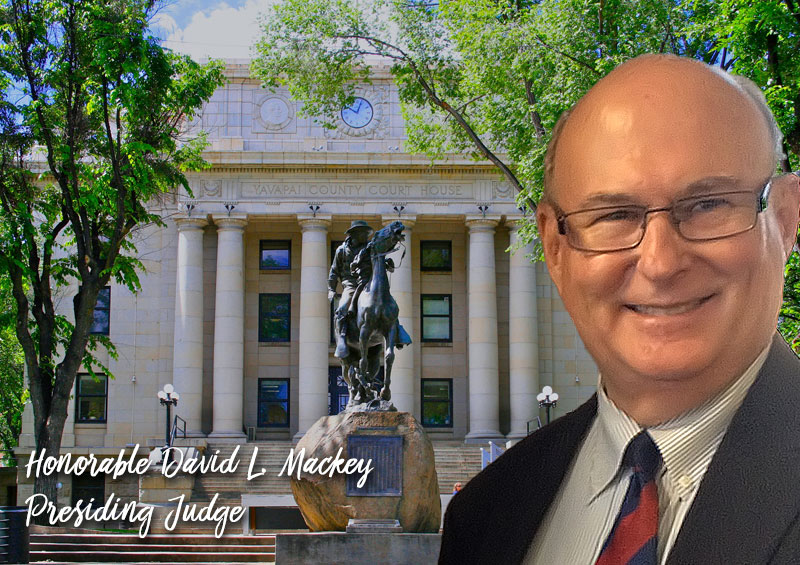 Judge Mackey said, “It has been my honor to serve the citizens of Yavapai County for the past three decades. Peggy and I have decided it is time to embark on our next adventure. As we do so, I will miss the many wonderful people I have had the pleasure of serving with side by side as well as the attorneys and citizens that have appeared before me.”

Chief Justice Robert Brutinel has appointed the Honorable John D. Napper to fill the vacancy created by Judge Mackey’s retirement, and he will assume the duties of Presiding Judge of Yavapai County Superior Court effective August 1, 2020. Judge Napper said, “It has been my great pleasure to work with Judge Mackey. Throughout his career, Judge Mackey has served the citizens of Yavapai County with integrity and distinction. We all wish him well in his retirement.”

Yavapai County Superior Court Administrator Calvin Rolf Eckel stated, “It has been an honor working beside Judge Mackey over the last eight years. He cares about people and always made sure each individual he came in contact with in the court system was treated fairly and with respect. One of his proudest accomplishments was establishing and presiding over our Veteran’s Court where he helped former service men and women get their lives back on track.”