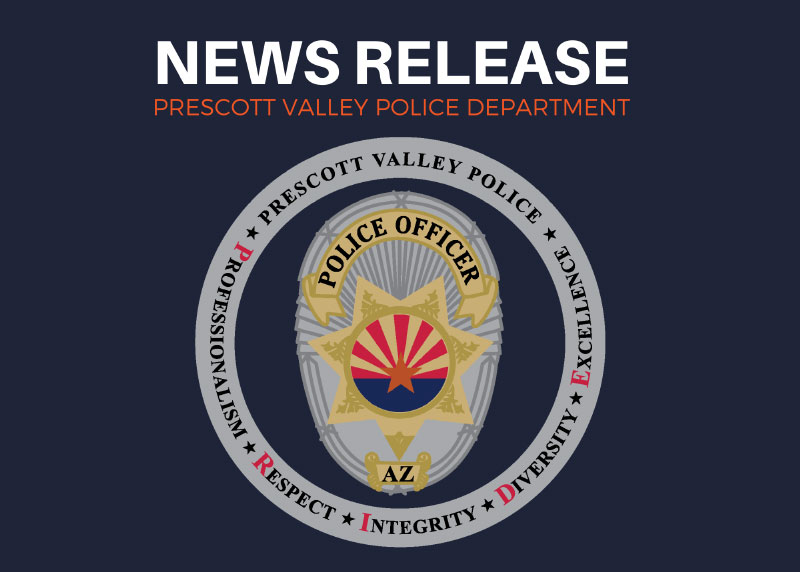 The Suspect was arrested after several incidents during pursuit

On Saturday, December 11, 2021, at 3:48 PM, Prescott Valley Police received a call of “shots fired” around Wolf Way and Racoon Road in Prescott Valley. Officers responded and immediately, upon response, were directed towards the suspect’s vehicle by witnesses. As additional officers responded and attempted to stop the vehicle, the suspect fled westbound on State Route 69 and a vehicle pursuit ensued. The suspect’s vehicle struck a curb and lost a tire which struck another driver’s vehicle. There were no injuries to the driver. The suspect continued westbound on State Route 69 at which time he lost control of his vehicle and struck the traffic control box and collided with a pickup truck containing multiple occupants. The driver was placed into custody and transported to Yavapai Regional Medical Center for his injuries.

Prior to police arrival at the location of the “shots fired”, a domestic disturbance had occurred at which time the initial victims, a 65-year-old woman and her 3-year-old grandson, had been confronted by the suspect. It was at this time the suspect had fired several shots after being locked out the woman’s home. The woman is being treated for other injuries; however, she was not struck by any bullets. The grandson was not injured during the altercation.