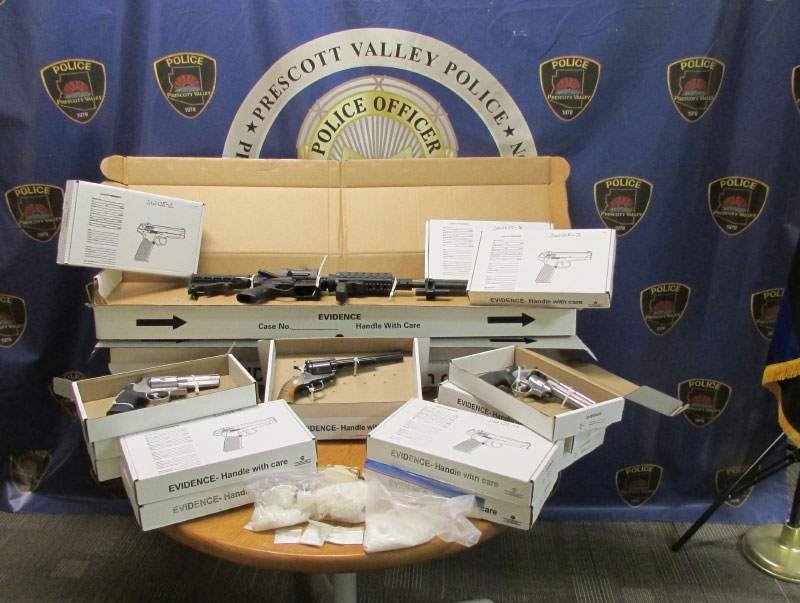 Over $500K worth of drugs were located by police

Search warrant results in the arrest of Bryan Radcliff

Detectives with the Prescott Valley Police Department’s Drug Enforcement Unit served a search warrant in the 4800 block of North Tonto Way in Prescott Valley on Tuesday, December 21, 2021.  The warrant was the culmination of a several month investigation, conducted with assistance from Partners Against Narcotics Trafficking, resulting in 54-year-old Bryan Radcliff, a long time resident of Prescott Valley, being charged with multiple felonies.

Detectives located 522.9 grams (1.15 pounds) of methamphetamine worth over $522,000, evidence of drug sales and 20 firearms including one illegal class 3 weapon. 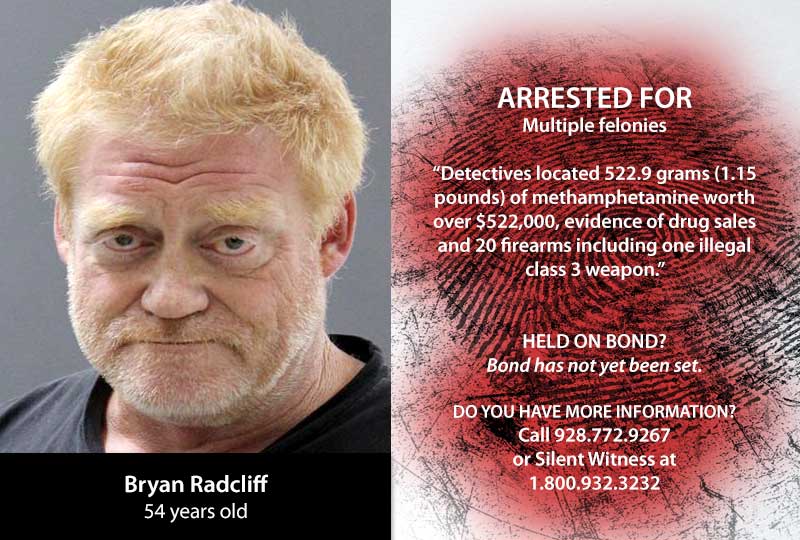 The Prescott Valley Police would like to remind everyone of the dangers of drugs and the importance of educating our children.