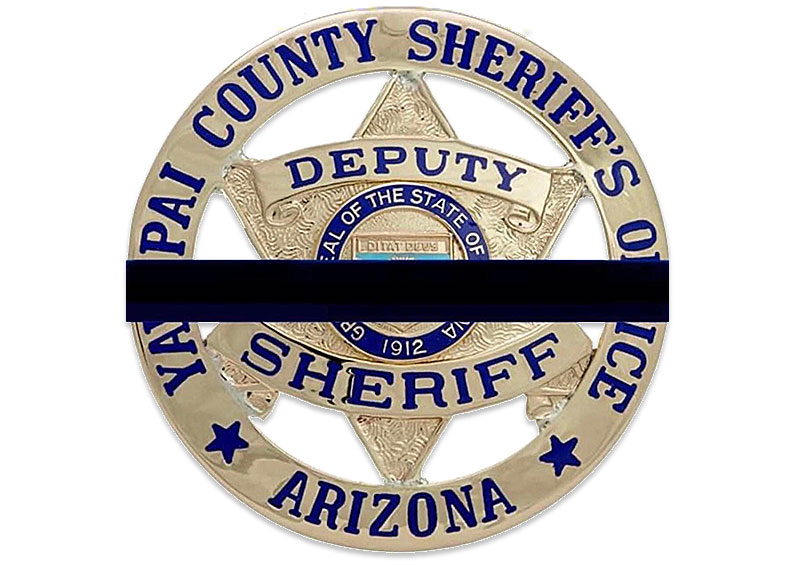 Sgt. Rick Lopez died in the line of duty

At approximately 4 PM, the Yavapai County Sheriff’s Office (YCSO) announced that an officer had been shot in the line of duty, and that the suspect was barricaded in Cordes Lakes, Arizona. 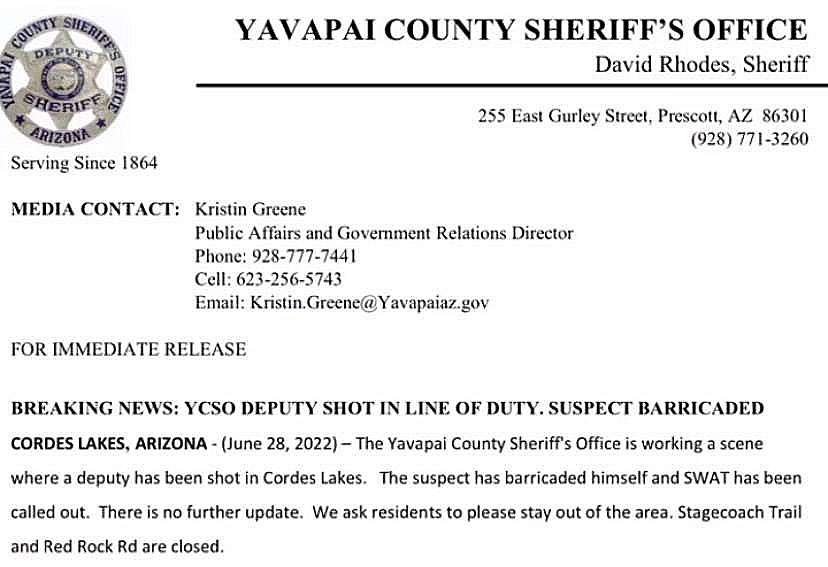 Kristin Greene, the Public Affairs Officer for YCSO, held a brief news conference at 6:45 in the evening, outside of Deer Valley Hospital. Green, who had a line of very somber Yavapai County Sheriff Deputies behind her as she spoke, confirmed that the Deputy had passed away at the hospital, surrounded by his family. She did not release the Deputy’s name at that time, pending further family notifications.

Additionally, Green confirmed that the suspect, after a long barricade, had been apprehended and is in custody.

According to Rhodes, the deputy was Sgt. Richard Lopez, 51. He was affectionately called Arlo. He was on routine business attempting to apprehend a theft suspect. At some point, Sgt Lopez encountered the suspect, but after that, Rhodes said, they don’t know exactly what happened. A 911 call was received by YCSO dispatchers a little later, from members of the community, stating that there was an officer in distress. When deputies responded to the scene, they found Sgt. Lopez unresponsive. They attempted to perform life-saving measures and took him to the nearest fire department, where he was flown to the hospital in Phoenix. Despite surgery, Sgt. Lopez succumbed to his injuries.

Rhodes stated that there was not a lot of good information or facts about what happened.

The suspect barricaded himself in his home, and after several hours, YCSO and the Arizona Department of Public Safety were able to arrest him and book him for 1st Degree Murder.

Sheriff Rhodes spoke Sgt. Lopez, noting that he left a career in management to work in public safety. He was also a detective, and a negotiator on the SWAT team. Sgt. Lopez was a big volunteer with Shop with a Cop.

Sgt. Lopez was a resident of Prescott Valley.

“We’re hurt. Our agency is hurting. Absolutely unnecessary,” Rhodes said. “I will tell you this. The violence against law enforcement, we are seeing it escalate everywhere. It has got to stop. These are community servants. These are people out there serving the community, protecting life, liberty and property. They do not deserve this.”

Arizona Department of Public Safety has agreed to take over the investigation. More information will be released as it becomes available.