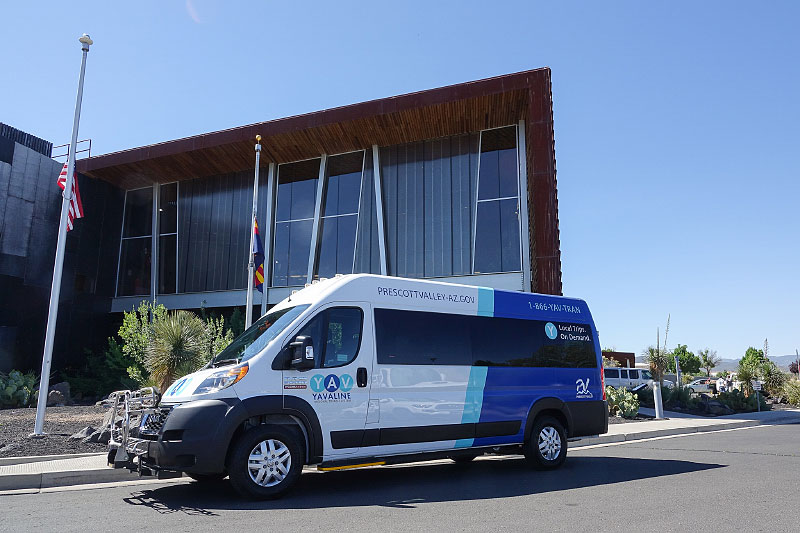 The YAV is launched!

The On-Demand system operates within a “transit zone”, where trip requests will be completed only if origins and destinations reside within that zone. Trips are provided door-to-door and/or corner-to-corner, with no assigned bus stops. The trip cost is $1-$2 to ride; Reduced Fare ($1) for people whose ages range from 6-17, 60+, and for people with disabilities. Children 5 and under ride free and a Full Fare ($2) is for ages 18-59. Payment via the YAV On Demand mobile app or in-vehicle cash payment is allowed (exact fare amount only; no change shall be given by the driver).

The service schedule is Monday through Friday, from 6am to 8pm. The YAV is open to the public and will accommodate trips up to 10 passengers at a time. Trips are wheelchair accessible. Each transit vehicle has a bike rack for up to two bicycles.

Complete information including policies, schedule, and transit zone map are available at https://www.prescottvalley-az.gov/183/Public-Transit . Please download the YAV On Demand mobile app from the Google Play or the App Store. For those that desire to request their trip by phone may call 1-866-YAV-TRAN (1-866-928-8726). The YAV is a public transit service provided by a federal grant from the Federal Transit Administration (FTA). 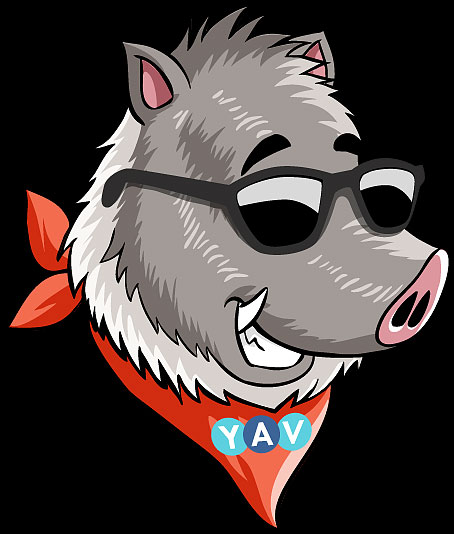