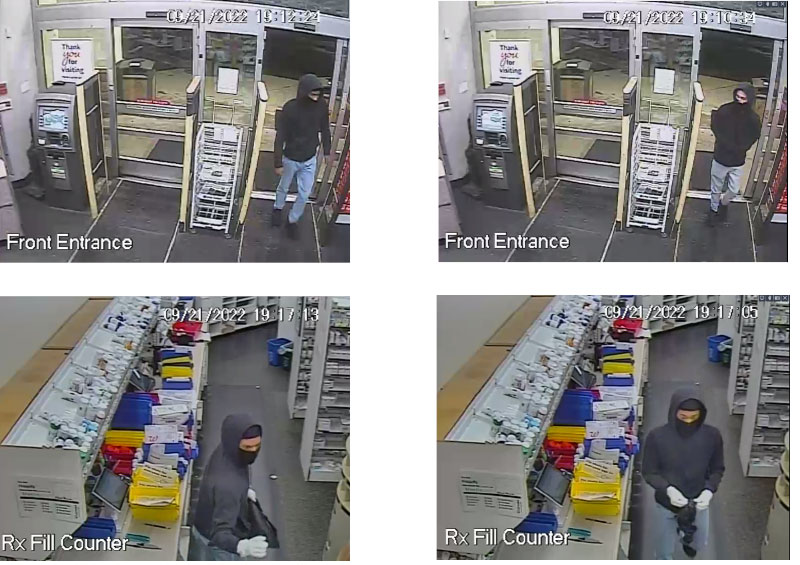 Narcotics were taken during a pharmacy robbery

Prescott PV is Seeking Info on a Pharmacy Robbery

The Prescott Valley Police Department is seeking information concerning a pharmacy robbery at Walgreens located at 2880 Centre Court in Prescott Valley. On Wednesday, September 21, 2022, at approximately 7:20pm, two unidentified males entered the store and one jumped over the pharmacy counter demanding narcotics from the employees.

The suspects are described as follows:

One suspect was a male in his twenties, wearing a black hoodie, black mask, and blue jeans.

The other suspect was male in his twenties, wearing a black hoodie, black mask, and gray pants.

The suspects took narcotics from the pharmacy. Fortunately, no employees were injured.

Officers, including a police K-9, responded seconds after the robbery and attempted to locate the suspects without success.

If you have any information, please contact the Prescott Valley Police Department. You may also contact Yavapai Silent Witness and may be eligible for a reward for information leading to an arrest. 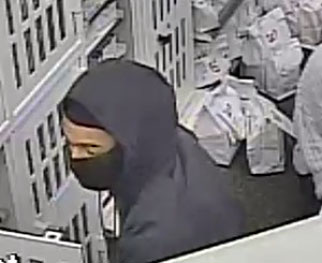