The Hawk Has Landed! What to Do? Featured 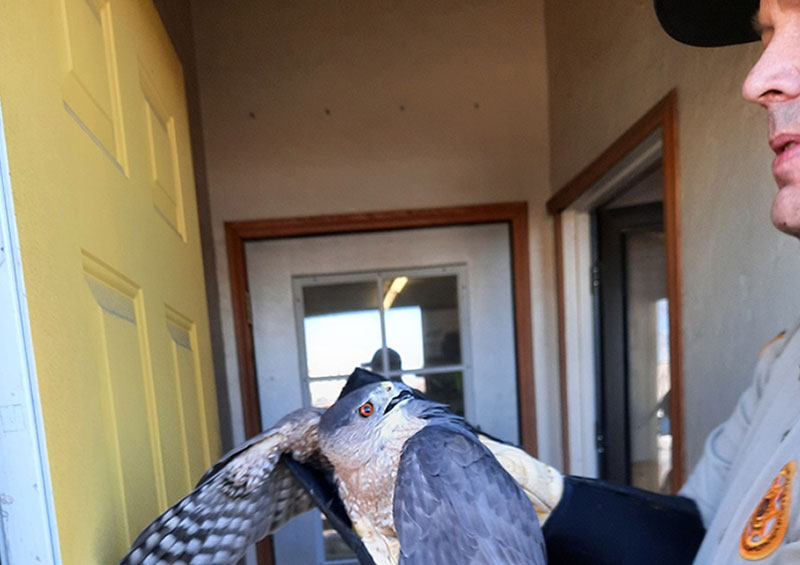 On Wednesday, March 17, 2021 Animal Control Officer (ACO) Tim Yogerst responded to a business in the 5800 block of Prairie Lane due to a report of “falcon” trapped inside the business. According to the employee, the errant bird had flown into the business approximately two hours earlier.  Employees made several attempts to safely remove the feathered friend but were unsuccessful.

That is when the niece of ACO Yogerst called and reported they needed his expert assistance. ACO Yogerst responded and detained the fowl within moments of arrival. He also noted the disarray of the office due to the raptor’s attempts to escape.  ACO Yogerst checked the bird’s wings for injuries and noting none, released the bird into the outdoors. Upon research, ACO Yogerst noted the “falcon” was actually a Cooper’s Hawk and probably had a nearby nest.

Great job by ACO Yogerst who we now call the Bird Whisperer!