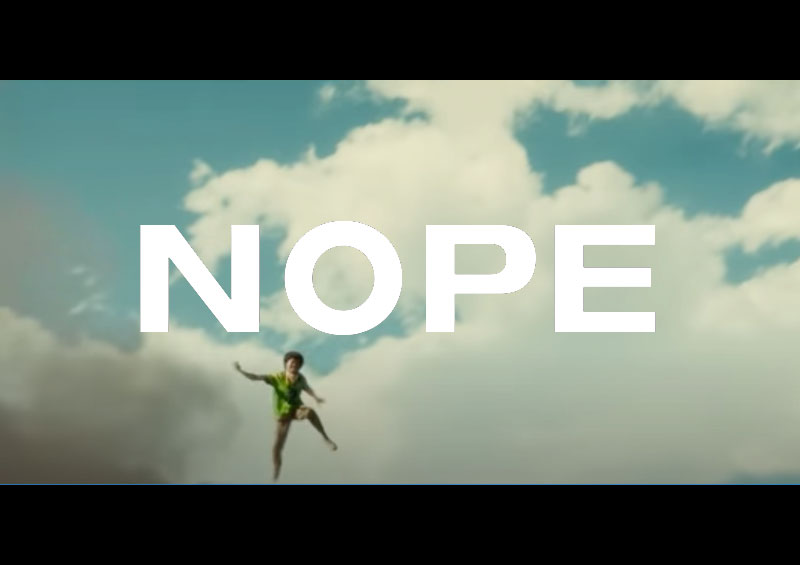 It’s an odd one, to be honest.

This film is stunning, strange and oddly appealing

Oscar-winning writer/producer/director Jordan Peele is back again with a stunning, strange, and oddly appealing story of UFO weirdness.  Peele earned his Oscar with the tiny budgeted "Get Out."  His $5 million movie brought in $255M at the box office, a monumental return.  He makes what people want to see.

I think this new film will also please the public; this time, he has $68 million to build his movie.

He brings in his star from "Get Out," Daniel Kaluuya.  Kaluuya also played in "Black Panther," a billion-dollar blockbuster.  The female lead is Keke Palmer, a solid actress with a wealth of roles.  Her career began almost twenty years ago and covered many TV roles and movie stints.  The multi-talented Mz. Palmer also has enjoyed a long and continuing parallel career as an R&B singer.  She has the most vital performance as the younger sister of the horse family.  Her character is a wild child, rambunctious, emotional, and not careful.

Steven Yeun has a prominent role.  Yeun had a long run on the TV show "The Walking Dead."  He was the most beloved character on the show before the Zombies finally ate him.  He also starred recently in the wonderful "Minari."

The story has a brother and sister inherit a rural property, a ranch far from the prying eyes of other people.  When strange things happen, no one takes them seriously.  Very bad things happen beyond the ability of the family to control or understand.

Steven Yeun makes a terrific performance as a hustler neighbor who owns a western theme destination.  He gives a measured but enthusiastic effort, perfectly getting the ambitious, struggling businessman.

Like other of Peele's films, the acting is much better than one might expect in a horror film.  Peele brings out the best of the talent his principal actors have to offer.

In America, we pay attention to success.  That ability of the superior director is why we pay attention to Peele and others of his rank.  He directed, wrote the script, and acted as the producer for "Nope."  He is a powerful, rising talent.  Peele has barely entered his 40s and has already amassed a $50 million fortune.

The strangely compelling "Nope" runs for a longish two hours and ten minutes.  The R-rated film for lavish use of the worst possible language and terrifying violence.  "Nope" is a violent horror film and will not serve young people well.  Please take note of the film ratings.  This movie deserves its R rating.

This movie also deserves its average three sawblade rating.  This one is fun.  This horror film does not scare us, well, maybe a little.  Instead, it intrigues us and leads us to want to decypher the strange events shown on screen.  It reminded me a little of the more intelligent, high-concept science fiction films of the 1950s

We had the treat of the movie makers mocking movie makers, which we like.  I appreciated the craft of this movie more than I liked it.

Watch the story for the first motion picture ever made.  It was fun to see that.