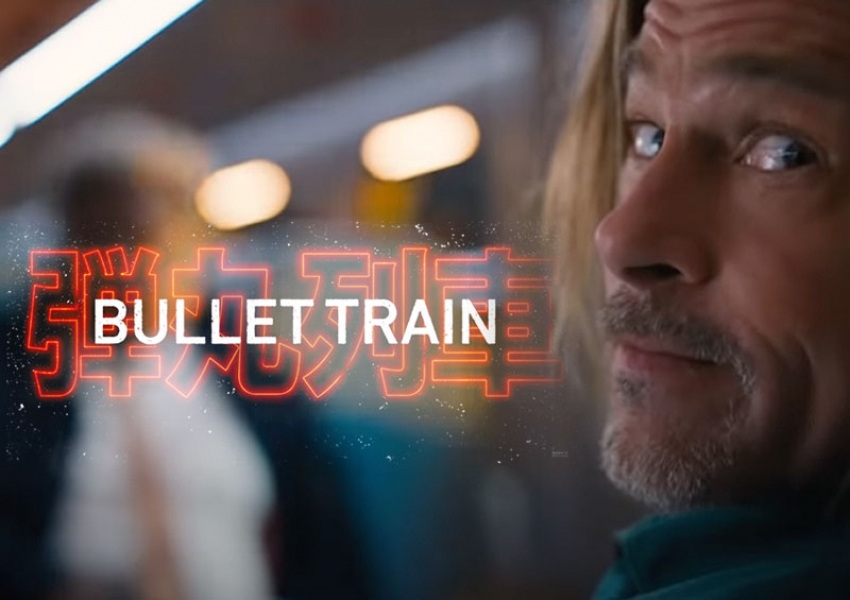 A conflicted hit man trying to find his spiritual center… What could go wrong?

Oh boy, this is exactly my kind of summer nonsense in a high-budget action/comedy. We have plenty of violence, fast action on a fast train in Japan, and just a good bloody time. Other critics have compared "Bullet Train" to the Guy Ritchie masterwork "Snatch." Note that this is rated with a hard R for violence.

Director David Leitch is now an established director with credits for "Atomic Blonde," "Deadpool 2," and "Hobbs & Shaw." His first directorial stint came with an uncredited effort on "John Wick." You get the idea, lots of complex stunts done at high speed to create the "OMG" response to over-the-top action.

Leitch does this sort of thing better than any other current director, perhaps because of his long career as a Hollywood stunt man. He served as a stunt double for "Bullet Train" star Brad Pitt in "Fight Club," "Ocean's Eleven," "Troy," and even "Mr. and Mrs. Smith." Brad Pitt is spot on as the conflicted hit man trying to find his spiritual center while encouraging others to resolve discord harmoniously. With professional killers, this line of thinking doesn't get very far. Young Joey King already had a long string of movie roles, starting with a voice role in "Horton Hears a Who" as a child. Michael Shannon, lately of "Knives Out," plays The White Death, a gangster. Channing Tatum, Sandra Bullock, and Ryan Renolds all have cameo or minor roles. It is fun to see Hollywood's famous, if only for a minute or two.

Set in the dark underground (metaphorically-the actual setting is on a "Bullet Train") of criminal Japan, the American-made film features Oxidentals in the leading roles. This fact has brought criticism to the film from some quarters.

The story has several independent criminals board the train for disparate purposes. They each undertake their own deadly mission. The separate missions intersect, causing a cascade of blood, death, and general mayhem.

Imagine Lucy Recardo taking methamphetamine and making a gangster film. That gives some idea of the velocity and wild ingenuity of the script.

Director David Leitch also acted as a producer, something I mentally encourage. The producer is directly interested in making something that the public will pay to see, a positive in my view. Also acting as a producer is Antoine Fuqua, director of such compelling action films as "Training Day" and "The Equalizer." The exciting, violent, excessive, and exaggerated action film "Bullet Train" runs for two hours and six minutes. It carries a strong R for non-stop violence. This four-sawblade film will not be for everyone, but fans of "John Wick" and similar movies will embrace it. The producers allowed $90 million to make the film.