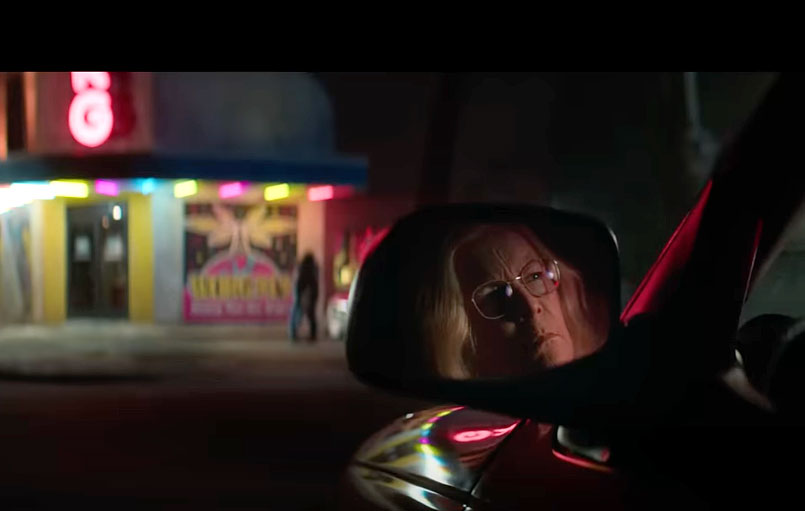 It’s the Twelfth, and the Last, in the Slasher Film Classic

This Slasher Series is Coming to an End

"Halloween Ends" is the twelfth in the slasher film classic.  Enough people like to see other people get cut up by maniacs to have kept the franchise going since the first one came out in 1978.  Jamie Lee Curtis starred in the original, simply titled "Halloween."  Forty-odd years later, she stars in this episode, billed as the last of the series, "Haloween Ends.”

The plot is almost identical in each of the films.  A homicidal madman, Michael Myers, somehow appears or re-appears to murder and terrorize Laurie Strode (Jamie Lee Curtis), her friends and family,  and the surrounding community on Halloween night.  Myers murders an impressively large batch of people, usually with a knife.  This is a bloody movie.

But is it any good?  Yeppers.  We judge romantic comedies by the rules and conventions of that genre.  We do the same with horror films, and specifically, in this case, slasher films.  By those standards, this is a superior slasher film.  It sounds a little like the highest mountain in Kansas, but it will serve.  The acting, the direction, and most surprising of all, the writing rise well above the run of the buzz-saw slasher flick.  The creators give us characters of enough complexity and human fragility that we can relate to them.  We can sympathize with even the most unsympathetic of the characters because the movie people created them with humanity.

Remember, this is a PG-rated slasher flick, not "My Little Pony."  A maniac murders people in horrible, often very bloody ways.  The predictors think this film will garner between $50 abd$60 million at the box office in three days.  Plenty of people enjoy this kind of movie.  But it is not meant for children.

Jamie Lee Curtis again plays target of Myers.  The only other famous face in the movie is Will Patton, a face familiar from dozens of films.

"Halloween Ends" runs for a good one hour and fifty-one minutes.  The producers arranged for $20 million to be lavished on the production, a sum they will surely see return to them many times over.  While I am personally not thrilled by all the blood and terror, I can appreciate it in its way and give it a superior four bloody butcher knives.

Jason Blum of Blumhouse productions owns the rights to the franchise but will relinquish those rights.  While Blum will not make another "Halloween" film, thus justifying the title, that does not mean no one will.  As John Carpenter said about the franchise's end, "It will live if the dollar sign is big."  Carpenter knows his horror films and the ebb and flow of Hollywood.

Fun fact-The eleven previous blood-drenched "Halloween" films have brought in over $700 million at the box office.  "Halloween Ends" will add to that impressive total.