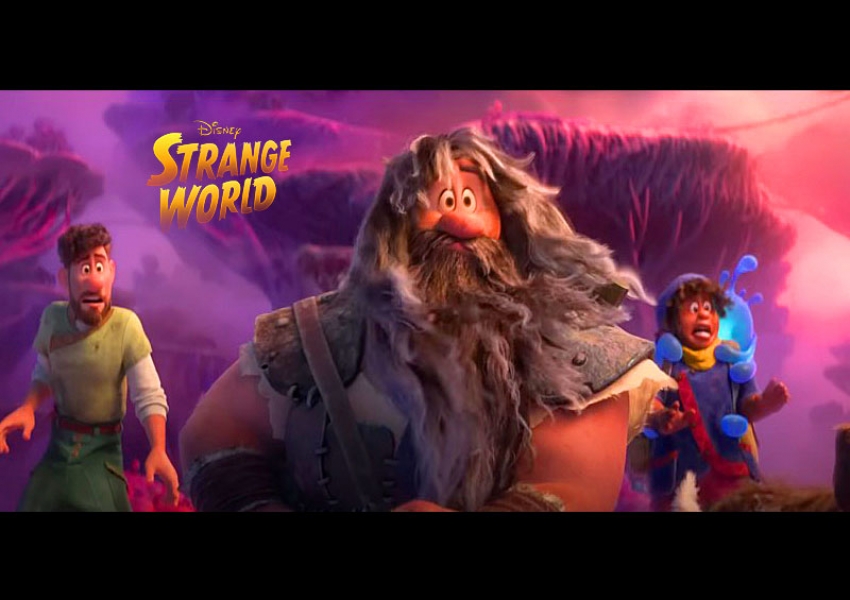 An expensive film. A so-so story.

Disney spent $180 million on this lavishly colored exploration/fantasy movie for kids. Watching the vivid tints wash across the screen will be enough for the smallest moviegoers. We might think of it the same way we think of films like "Journey to the Center of the Earth." It is set on another planet in a land named Avalonia. A family of explorers sets out to discover new places and things. When they run across Pando, a mysterious plant that provides energy, the dad refuses to return home with the others. He continues to explore while the others take the prize back to civilization.

The plot is less important (or understandable, for that matter) than the colors and the action.

Director Don Hall made the recent "Raya and the Last Dragon," another Disney animated film but a money loser for the Mouse House. His writer for "Raya" was Qui Nguyen, who also wrote "Strange World."

I applaud the vigor of the action and the bold color schemes. The drawings are comic-book in style and pleasant to see. But the producers overreached, giving us a film emphasizing current events rather than timeless storytelling. While the affirmation of family values and familial love we relish, the constant preaching puts us off.

The movie people present us with a strong message that we should pay close attention to ecological matters and that fathers should be present with families. The main character, a sixteen-year-old boy, has a love affair with another boy. Why they plunged this theme into a film meant for younger children is quite beyond me. It adds nothing to the narrative of the story.

The critters are bizarre and wildly imaginative.

"Strange World" runs for one hour and forty-two minutes. The film has a mild PG rating. This Disney fantasy movie is less than the sum of its parts. The plot is barely coherent. The characters need more depth for us to care if they survive or get eaten up by the colorful but deadly animals the explorers encounter. I put "Strange World" on the lower rungs of the famous Disney ladder.

"Strange World gets a mediocre three sawblades, and one sawblade comes from the cool critters.