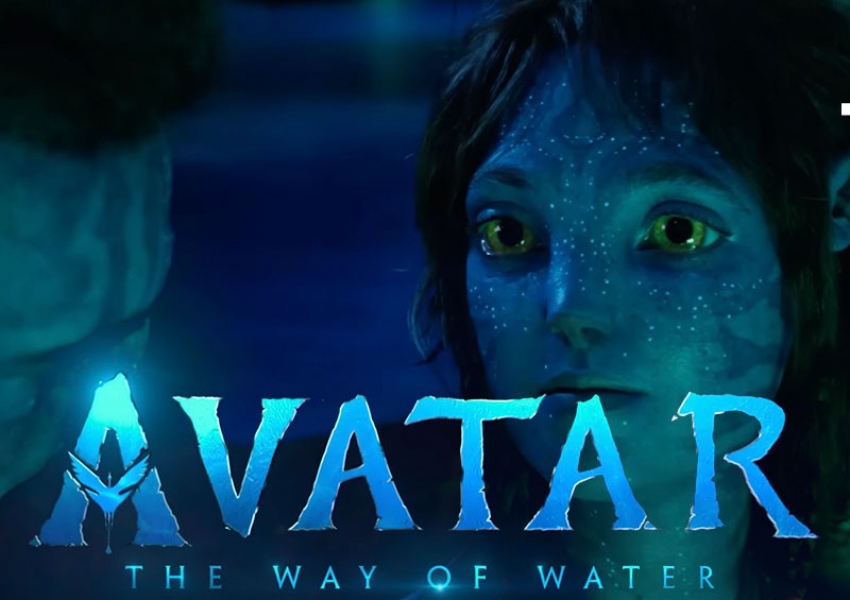 Avatar: The Way of Water

The big takeaway is the beauty and ingenuity of the film

"Avatar: The Way of Water" may be the most beautifully presented animated film in history. James Cameron and his technical people invented new ways of making computer-generated images. The difference between this film and its spectacular progenitor is instantly apparent. The current "Avatar" is a lovely, pretty, beautiful three-hour dose of eye candy. Let's make that eye cotton candy.

Though less compelling than the images, the story touches many popular buttons. We receive a big dollop of environmental wisdom and at least a smattering of every kind of love from siblings to lovers to parents for offspring and offspring for parents. We also get big battles and small-scale hand-to-hand struggles.

But the big takeaway is the beauty and ingenuity of the film. I could watch it with the sound off and be well pleased.

The 2009 film "Avatar" is still the all-time worldwide box office champion, with ticket sales of nearly three billion dollars. Now, thirteen years later, movie fans will be able to see if director James Cameron can sustain the magic. The film runs over three hours, so if the magic fades, it won't be because Cameron needed more time to develop his ideas.

"Avatar: The Way of Water" is the first of four planned sequels, giving a planned five films in the franchise. In the first film, a human mining company sets up shop on a strange planet inhabited by fourteen-foot-tall, bright blue humanoids. This time, the greedy company returns to exploit the planet in a new way. Using advanced tech, the personalities of company employees get switched into the bodies of the aliens. Instead of glorious vistas of flight from the backs of dragons, in this new film, we have underwater scenes of arresting beauty.

James Cameron returns to write and direct the new film. The Canadian-born director has the honor of directing the highest-earning movie of all time, "Avatar," and the third-ranked film, "Titanic." His returning voice cast members include Sam Worthington as the human who has adapted to non-human life, Zoe Saldana, Stephen Lang, and Giovanni Ribisi. New to this effort are Kate Winslet and Cliff Curtis. The cast members endured training in free diving to prepare them for shooting the movie. They learned to swim underwater and hold their breath for incredible periods. Winslet now has the record for movie actors' underwater breath holding at seven minutes. Don't try that at home.

This visual extravaganza of a movie runs for a very long three hours and twelve minutes. The mind-blowing PG -13 rated film gets the highest possible five sawblade rating. "Avatar: The Way of Water" has two-D and three-D versions. A lot of people will see it both ways. This film deserves our attention two or more times.