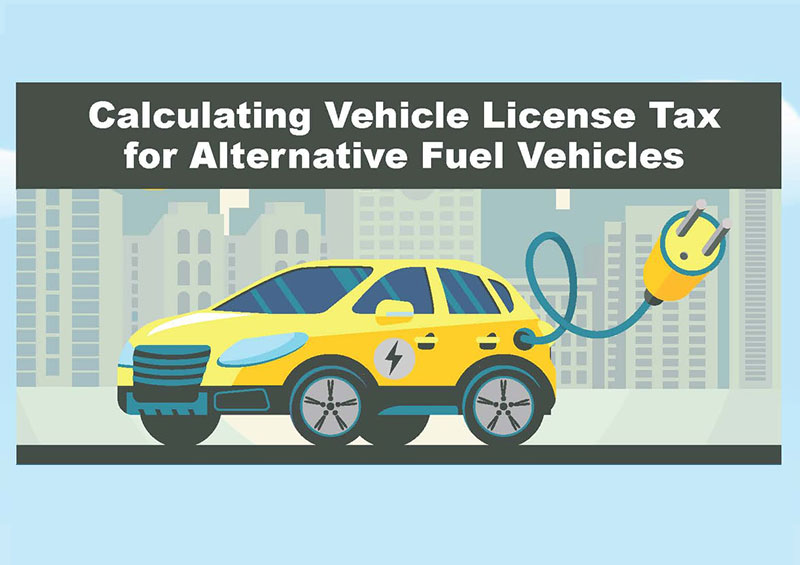 PHOENIX – Changes to state law mean that drivers who purchase alternative fuel vehicles will pay the same vehicle license tax (VLT) rate as other drivers by 2023. The change in VLT rates is phased-in, starting Jan. 1, 2022.

The VLT is paid during vehicle registration and is assessed in place of a personal property tax often charged in other states. The VLT funds transportation infrastructure in Arizona, including highways, bridges and local roads, and contributes to the general funds of cities/towns and counties.

In 2019, the Legislature amended Arizona Revised Statute 28-5805  This implemented a phased-in approach for making the VLT formula used for alternative fuel vehicles the same one used currently for traditional cars and trucks, bringing fairness to VLT assessments. The changes in the formula will begin taking effect this coming January and be completely phased-in by 2023. The changes ensure that drivers of alternative fuel vehicles contribute to the preservation and maintenance of the state’s 7,000-mile highway system at the same rate as drivers of traditional vehicles. Bringing parity to VLT assessments is especially important for the continued maintenance and expansion of Arizona’s infrastructure as alternative fuel vehicles continue to increase in popularity in Arizona.

What potential buyers of alternative fuel vehicles need to know

It’s important to note that the VLT formula attached to an alternative fuel vehicle is determined by vehicle registration date, which can be different from the purchase date. A temporary registration permit issued by a vehicle dealer qualifies as the registration date and must be issued before Jan. 1, 2022, for a vehicle to have its VLT calculated using the 1% formula.

For private party sales, new title documentation must be processed by an MVD or an Authorized Third Party office before Jan. 1, 2022, for the alternative fuel vehicle to have its VLT calculated using the 1% formula. Note: Arizona Department of Transportation Motor Vehicle Division offices will be closed Friday, Dec. 31, 2021, in observance of the New Year’s Day holiday.

What current owners of alternative fuel vehicles need to know 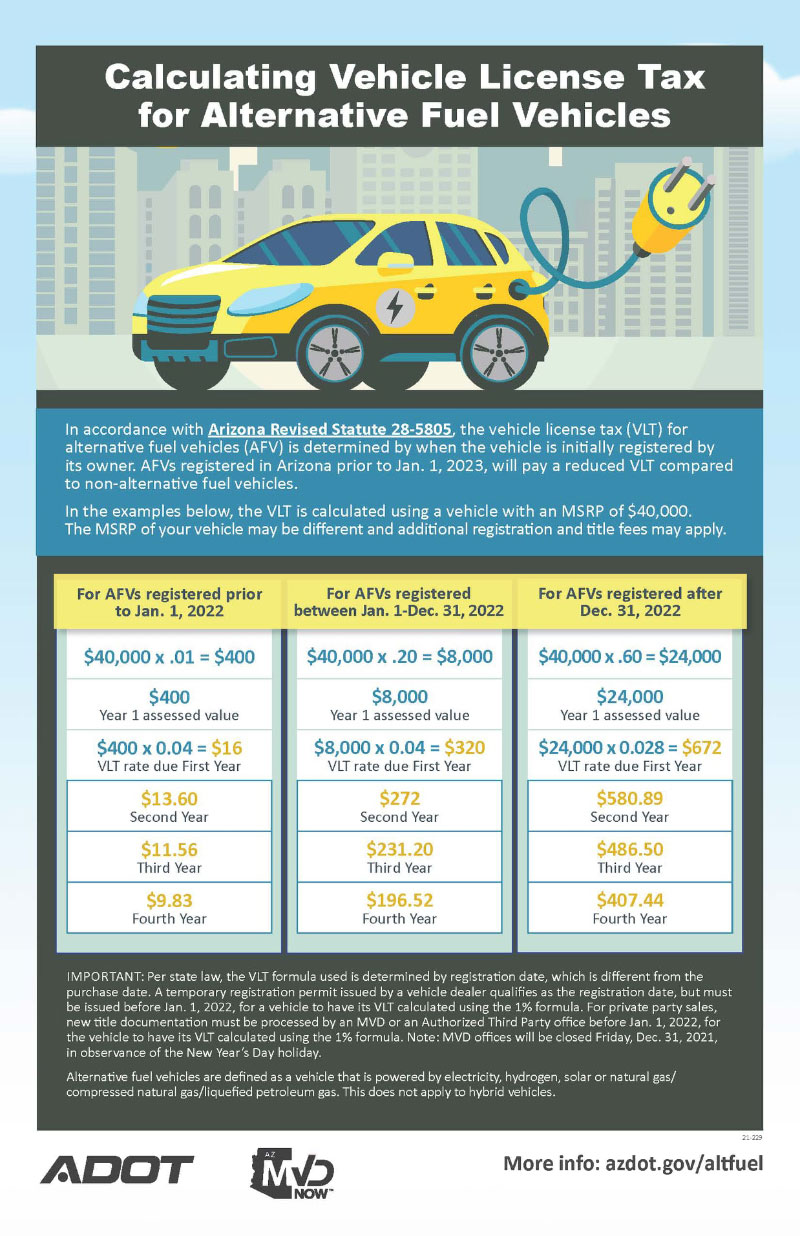 Alternative fuel vehicles are defined as vehicles that are powered by electricity, hydrogen, solar or natural gas/compressed natural gas/liquefied petroleum gas. This does not apply to hybrid vehicles.

Alternative fuel vehicles will continue to be issued the Alternative Fuel Vehicle special license plate, which allows access to HOV freeway lanes at any time, regardless of the number of passengers in the vehicle.

Arizona Revised Statute 28-5805 was amended after HB 2166 passed during 2018. Representative Noel Campbell was a Prime Sponsor of the legislation.

Twitter
Rate this item
(0 votes)
Last modified on Tuesday, 24 August 2021 23:45
Published in Arizona News
Tags
« Franklin Graham Calls for Day of Prayer Recipients of 2020 Benefits May Be Eligible for Tax Refund »
back to top