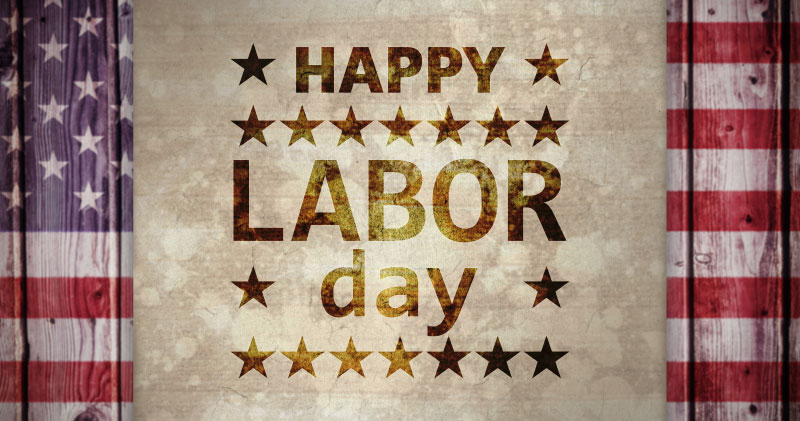 Representative Gosar sends out a weekly newsletter rounding up the events.

The holiday is a yearly tribute to the contributions workers have made to the United States. Officially, the first Labor Day was celebrated in New York City on September 5, 1882. President Grover Cleveland signed the holiday into law on June 28, 1894.

This week, in an historic victory for the unborn, the Supreme Court decided to allow a Texas law prohibiting abortion after six weeks of pregnancy, once a fetal heartbeat is detected.  Known as the Texas Heartbeat Act, Texas becomes the first state to ever enforce a heartbeat law.  Other states have passed similar laws but once signed into law, abortion rights activists have challenged them in court. As someone who believes strongly in the sanctity of life, this is an amazing win for babies and the pro-life community.

There is no clear scientific evidence affirming that masks work, and the Center for Disease Control (CDC) has contradicted itself multiple times regarding the efficacy of wearing masks.  In fact, for decades, studies have shown that face masks don’t work against respiratory viruses. For example, a May 2020 study on the pandemic influenza published by the CDC found that faces masks had no effect, neither for personal protection nor as a source control. Once again, the Left is ignoring science so they can strengthen their already radical grip on our education system.

In response, this week I sent a letter to Secretary Cardona criticizing his false accusation and vowing to fight any action taken because of these investigations. As a reminder, I am also a cosponsor of a bill to eliminate the Department of Education entirely.

Click here to read a copy of the letter.

On August 26, Americans watched in horror the reports of a suicide bomb explosion in Afghanistan that killed 13 American service members and injured dozens more.  This was the deadliest attack on U.S. troops in over a decade. The deaths of these soldiers are the direct result of Mr. Biden’s decision to pull American soldiers out before evacuating American citizens. This was wholly preventable.  No American lives needed to be lost. These 13 service members are heroes and made the ultimate sacrifice for our country. To honor them, this week I cosponsored legislation to posthumously award the Congressional Gold Medal to these 13 brave Americans. They will never be forgotten. We continue to offer our prayers and condolences to their families in this difficult time and are forever grateful for their service to this nation. May they rest in peace.

**Need to Know** Biden Evacuated Pedophiles: Because of Biden’s shameful and humiliating military loss in Afghanistan, he then rushed to evacuate anyone who got near the airport. No real vetting was done. Many of the Afghans brought here were not “interpreters.” Many could be future terrorists.  And some are pedophiles. See more here.

Do you enjoy fishing or hunting and want to get involved and protect your historical and cultural right to hunt and fish?

Governor Ducey is looking for applicants for the Arizona Game and Fish Commission from Mohave, La Paz, Yuma and Maricopa counties. The deadline to apply is September 16, 2021 so there is no time to waste.

The Arizona Game and Fish Commission establishes policy for the management, preservation, and harvest of wildlife. The Commission makes rules and regulations for managing, conserving, and protecting wildlife and fisheries resources, and safe and regulated watercraft and off-highway vehicle operations for the benefit of the citizens of Arizona.

The Department is also responsible for efforts that range from wildlife habitat improvement projects to mentored hunt camps, family campouts, fishing clinics, and other activities designed to get people involved with the outdoor recreational activities that Arizona has to offer.

This commission is vital. The leftists are always trying to shut down fishing and hunting.

Click here to apply.  For more information about the Arizona Game and Fish Commission please click here. Individuals may also contact the Governor’s Office of Boards and Commissions at (602) 542-2449.

September 13-19 is Drone Safety Awareness Week and the Federal Aviation Administration has planned several virtual safety events about drone operation safety.  Did you know that all drone operators are subject to the FAA’s rules?  If you are interested in or could benefit from drone safety education and information, please visit the Federal Aviation Administration website for more information about how you can participate by clicking here.

Budget reconciliation: you’ve heard about it in the news for weeks and now it’s here.

What’s this all about?  In a nutshell, Democrats are attempting to pass a partisan, $3.5 trillion spending package chocked full of socialist policies which will be the largest expansion of the federal government since the expansion of the federal government under Lyndon Johnson. This week, portions of the legislation were brought up before two committees I serve on.  To quote former Senator Dirksen: “a billion here and a billion there and pretty soon you’re talking real money!”

For reasons unknown to the rest of America, House Democrats are actively trying to shut down our oil, gas and mineral mining, all of which is necessary for our independence and our economy.  I fought back with a series of amendments that I detail below.  But they have the majority for the moment.  If you are paying more at the lumber store, the gas station, airplane tickets, beef and groceries, there are reasons why: the Democrats are shutting down or otherwise making it hard to provide necessary commodities.  We will all face shortages and high prices because of their insanity.

For example, the House Committee on Natural Resources considered roughly $25 billion in new spending and $6 billion in new taxes on oil, gas and mining.  Opposing this outlandish spending package, I offered several amendments including:

An amendment to prevent more than 1 million acres in Northern Arizona from be closed off to mining and economic opportunity.

An amendment to strike the “Dirt Tax” fee on each ton of dirt moved in the process of mining on federal lands.

An amendment preventing minerals discovered and mapped by U.S. taxpayer dollars in Afghanistan from being traded in support of the terrorists in Afghanistan.

An amendment to improve wind, solar, and geothermal production on federal lands and to establish a revenue sharing structure with counties.

Meanwhile, the House Committee on Oversight and Reform considered another $7.5 billion in new spending.  For the most part, Democrats once again attempted ram through its Green New Deal socialist agenda.

Included in this spending plan was a pathetic effort to fix the massive veteran records backlog at the National Archives and Records Administration.  Unfortunately, Democrats simply threw another $60 million at the issue rather than offer substantive policy changes that would address the problem.  To push back on this ridiculous “solution,” I offered an amendment that would cut funding for Green New Deal programs, including providing new vehicles to bureaucrats and repurpose those funds to help the National Archives and Records Administration provide better service to veterans.