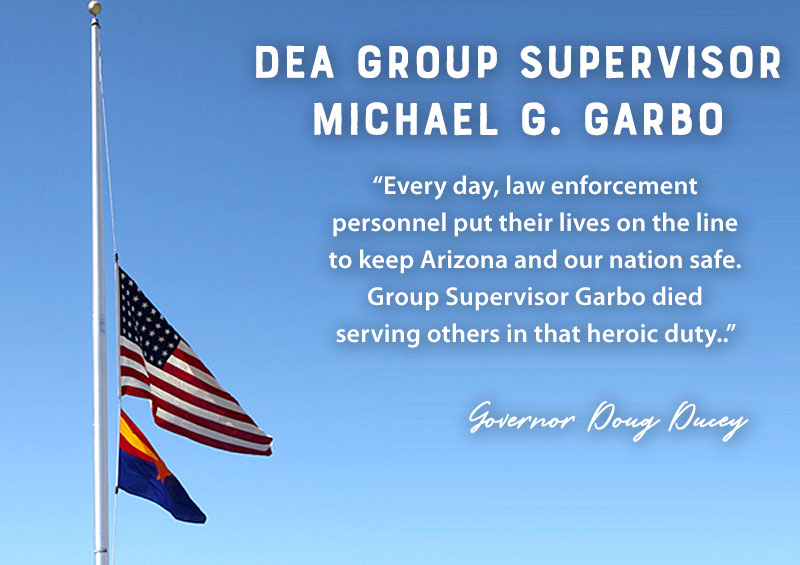 Group Supervisor Garbo was shot and killed on Monday

Group Supervisor Garbo was shot and killed at an Amtrak station in Tucson on Monday. Two other officers also sustained gunshot injuries.

Garbo joined the DEA in 2005 and served for more than 16 years combatting drug trafficking from Nogales, Arizona to Kabul, Afghanistan as a Special Agent and Group Supervisor. He was recognized for his expertise, leadership and mentorship of his colleagues and as a devoted father and husband.

“My thoughts and prayers are with Group Supervisor Michael Garbo’s family, friends and colleagues. The senseless act of violence that took place in Tucson yesterday is a tragedy for our state.

“Every day, law enforcement personnel put their lives on the line to keep Arizona and our nation safe. Group Supervisor Garbo died serving others in that heroic duty. He dedicated his career to protecting our communities from the trafficking of illegal drugs and the crime that accompanies them. He will be remembered for his exceptional service and the deep impact he had on all those who worked with him.

“All of Arizona’s condolences are with his loved ones as well as the law enforcement community. Our prayers are also with the other officers who were injured in this attack. In honor of Group Supervisor Garbo’s life and service, I have ordered flags be lowered to half-staff.”