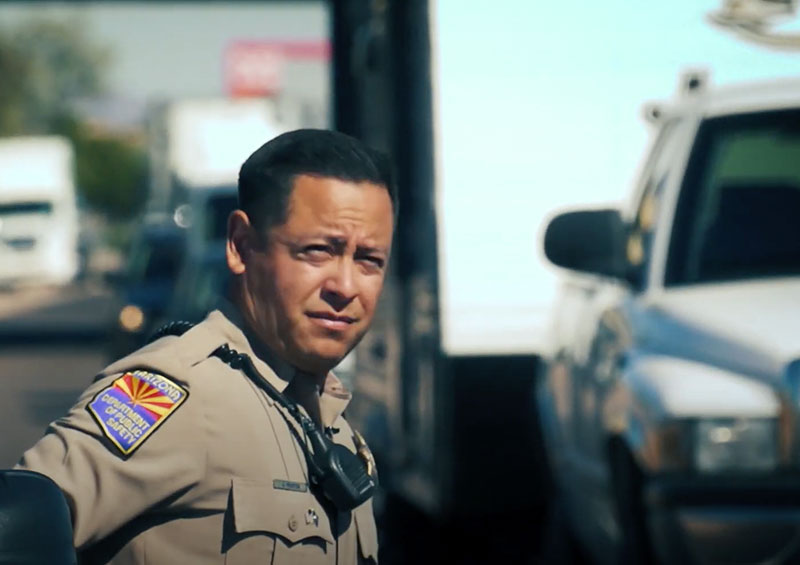 PHOENIX – “Move Over,” Arizona, and help create a safer work environment on the state’s highways for incident responders assisting motorists in need.

National Move Over Day is Saturday, Oct. 16, and the Arizona Department of Transportation is joining with incident response stakeholders statewide to increase awareness about Arizona’s “Move Over” law. These awareness efforts include placing “Move Over” messages on overhead message boards and the Arizona Professional Towing and Recovery Association has organized a number of events for Move Over Day, including a parade of more than 100 tow trucks and other incident response vehicles.

Arizona’s “Move Over” law requires motorists to move over one lane – or slow down if it isn’t safe to change lanes – when driving by any vehicle with flashing lights pulled to the side of a road or highway. This applies to any vehicle, even a regular passenger car, and also tow trucks, ambulances, fire trucks, police cars and maintenance vehicles, like ADOT’s red-and-white Incident Response Unit trucks.

The “Move Over” law has been on the books since 2005, but was amended in 2021. Among the changes made by the state legislature were increasing the fine for a first violation and the addition of increased fines for subsequent violations.

While drivers who don’t give space to responders working on road shoulders may face penalties, the drivers who do “move over” are engaging in the priceless act of giving responders a safe place to do their jobs so they can return home to their families at the end of the day.

“Responding to an incident and working in or near a travel lane already has an elevated level of risk,” said David Blue, ADOT Traffic Incident Management/Incident Response Unit Manager. “When drivers don’t ‘Move Over’ and give us space to do our jobs, which often is helping a stranded or injured motorist, they’re actively putting our lives at risk, as well as their own because of the potential for a secondary crash.”

For more information about “Move Over,” visit MoveOverAZ.org.

To plan your trip, get travel times or see ADOT cameras, download the AZ 511 app.

Download the free ADOT Alerts app and know when unplanned, major events are impacting traffic near you.

Twitter
Rate this item
(0 votes)
Last modified on Thursday, 14 October 2021 08:47
Published in Arizona News
Tags
« Franklin Graham Calls for Day of Prayer AZ Gas Prices Jump Up 6.5¢ in a Week »
back to top