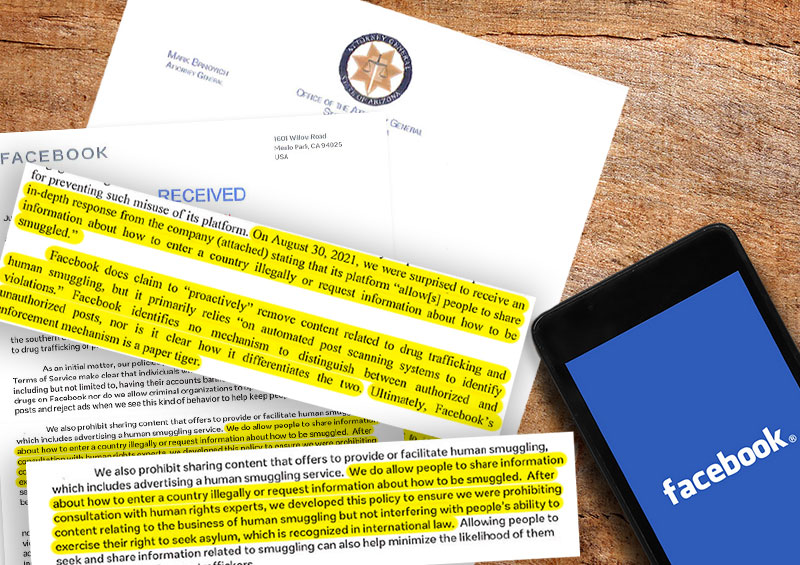 Arizona turns evidence over to U.S. Department of Justice

General Brnovich wrote to Facebook CEO Mark Zuckerberg after media reports detailed how human smugglers and drug cartels use the platform to advertise their smuggling services. After several follow-up requests by the Attorney General’s Office (AGO), Facebook provided an in-depth response on August 30th, 2021, stating it allows “people to share information about how to enter a country illegally or request information about how to be smuggled.”

"This is another example of how out of touch Big Tech is with America," said Attorney General Mark Brnovich. "The cartels are seizing control of our southern border, and shame on anyone who is exploiting this crisis to enrich themselves."