Biden Wins Arizona, Then Turns On It Featured 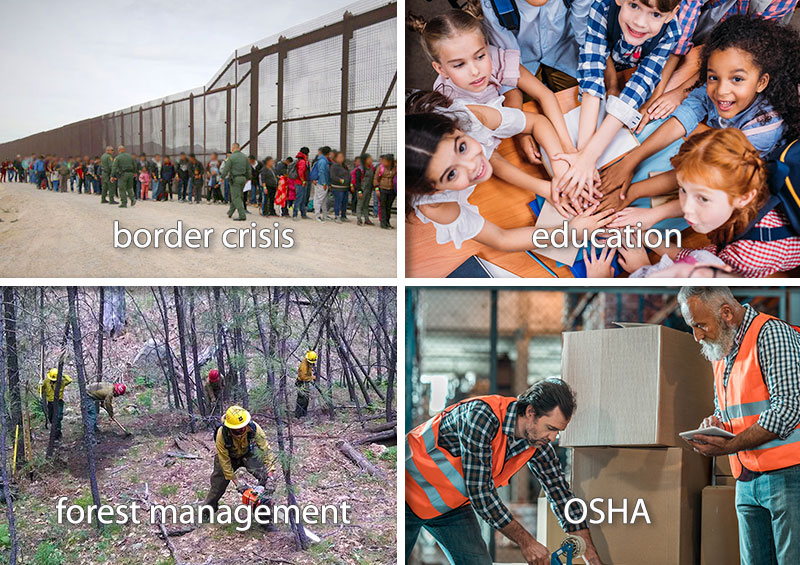 From the border to the forests and schools, the administration is hostile to the state I lead.

“…Mr. Biden has inexplicably gone out of his way to antagonize, alienate and frustrate us here in the Grand Canyon State."

For more than two decades national Democrats spent big trying to replicate Bill Clinton’s 1996 Arizona win. After succeeding in 2020, you’d think President Biden would be working overtime to keep the state in the blue column. But less than a year into his administration, his record shows the opposite. If anything, Mr. Biden has inexplicably gone out of his way to antagonize, alienate and frustrate us here in the Grand Canyon State.

Start with the border crisis. It affects us more acutely than almost any other state. And yet—along with Afghanistan—it’s seen by many as his administration’s biggest failure. Our border towns are being overrun; our law enforcement and National Guard are stretched to the breaking point; the flow of drugs is worse than ever; and our charitable organizations can’t handle the volume of migrants.

What’s happening at the border isn’t a case of benign neglect. Criminal negligence is more like it, and Arizonans are paying a huge price.

Continue with education. During the pandemic we’ve done everything we can to keep schools open and provide parents with options. We’ve even used money from the federal American Rescue Plan Act of 2021 to compensate parents who move their children out of schools that aren’t working for them. We want kids learning, however it occurs, and we want parents to feel supported. But Deputy Treasury Secretary Wally Adeyemo doesn’t like the idea and sent us a letter challenging our ability to do this.

Proceed to forest management. This is one of the most baffling issues. Wildfires matter out West, and virtually everyone agrees that land needs to be managed. The best thing we can do is thin forests and lower the supply of the small-diameter trees and underbrush that fuel wildfires. We have an active program at the state level, but the feds control 43% of the land here—more than 30 million acres. We can’t do this without them, and in recent years they’d been a great partner.

So imagine our surprise when, with no notice, after years of cooperation they simply pulled the plug in September on the forest restoration and maintenance program. Their failure to award bids for the Four Forest Restoration Initiative means the federal government has refused to assist Arizona in restoring our forests and reducing the risks of severe wildfires.

To this day we haven’t received a satisfactory explanation why Washington stopped working with us. People who care about land management and rural communities agree that cooperation is the right approach, so how could the federal government give up on protecting rural Arizona? The Biden administration, recognizing its blunder, has promised to get things back on track. But can it make that happen—and when? Don’t hold your breath.

The latest outrage is the Occupational Safety and Health Administration. For almost five decades Arizona, with approval by OSHA, has managed workplace safety itself through a state agency, the Industrial Commission of Arizona. Perhaps because the agency has sought public input and hasn’t been stringent (meaning oppressive) enough on Covid shutdowns and mask mandates, the feds now want to revoke our independence and put the entire state under the yoke of OSHA.

Imagine the reaction of local business owners on learning that Washington is in charge now, and the people they’ve dealt with for years in Phoenix no longer matter.

If you want to know why the president’s poll numbers are tanking, look at Arizona. We’re a case study in how active hostility from the Washington ruling class is alienating real people. Unless this changes, you can take Arizona out of the Democratic column in 2024.

Mr. Ducey is governor of Arizona and chairman of the Republican Governors Association.