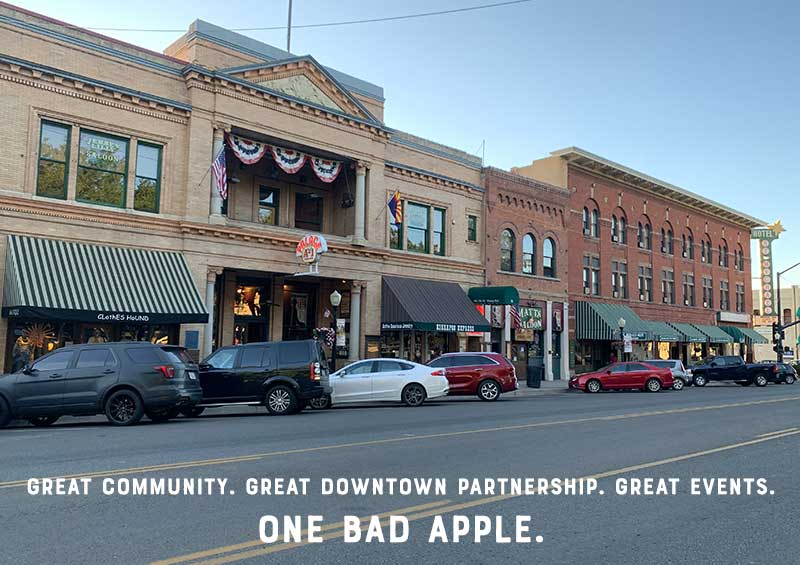 (Prescott, Ariz.) For more than 20 years the largely volunteer-led Prescott Downtown Partnership has tirelessly worked to make Downtown Prescott a point of pride with its many efforts and events. Sadly, the organization finds itself a crime victim.

The all-volunteer Board of Directors has responded to this setback by diligently working to secure sufficient funds to proceed with planned events such as the 24th Annual Holiday Light Parade, Bonfire Festival on Saturday, November 27th and other ones thereafter.

Partnership President and Downtown Prescott business owner Candy Hull said, “We will not let the dishonest actions of a rogue employee take away from what our great community and organization has spent decades to build. The shows will go on and so will the spirit they bring to Prescott.”

A few weeks ago, the Board of Directors became concerned after learning that the executive director failed to secure the necessary licensing for a wine festival, which was cancelled as a result. The executive director resigned a short time later. The Board then discovered financial irregularities after an internal audit. An attorney was secured, and Prescott Police were notified.

The Board of Directors has stepped up, working together as never before to keep the Prescott Downtown Partnership running smoothly. The Partnership is thanking the Board and the business community for their continued support.

The Prescott Downtown Partnership is a merchant’s association formed to provide a voice for stakeholders in historic Downtown Prescott. For more information visit our website at www. prescottdowntown.com.