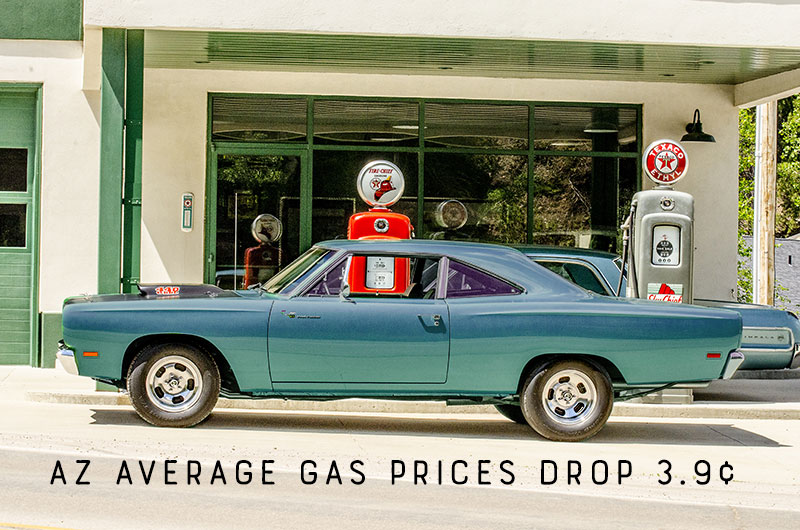 Prices have dropped 3.9¢ in Arizona

Gas prices dropped, but still the highest Christmas Day ever 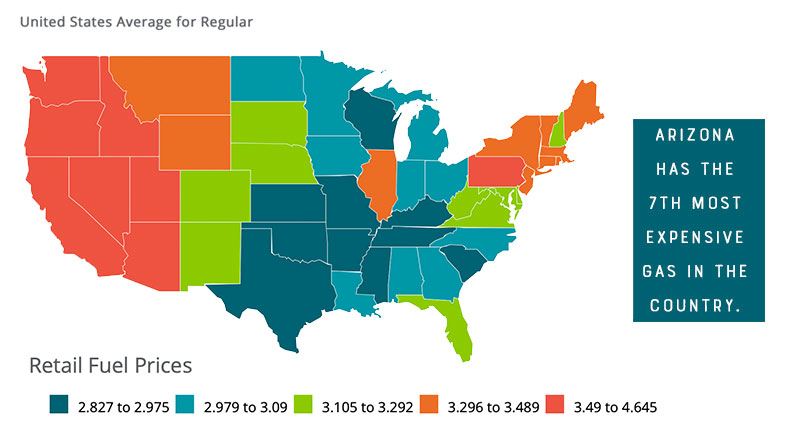 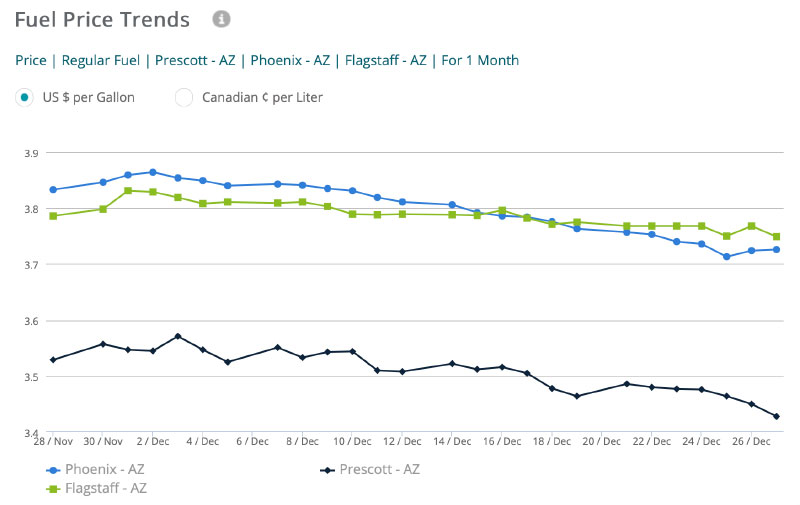 "Nearly every state saw average gasoline prices decline last week as millions of Americans took to the road for holiday travel, with the national average now nearly 20 cents per gallon lower than in early November. While the fall in prices is welcomed, we set an ugly new record for the holiday- it was the most expensive Christmas Day we've ever seen by two tenths of a penny," said Patrick De Haan, head of petroleum analysis for GasBuddy. "The average on Christmas was $3.264 per gallon, just a fraction of a penny higher than Christmas Day 2013 which saw the national average at $3.262 per gallon. Motorists shouldn't get too worked up about it - the downward direction in gas prices should persist into this week in most areas. However, gas prices are likely to jump in the Great Lakes due to a behavior called price cycling, caused by a rise in the wholesale price of gasoline against a backdrop of prices in the region that have now fallen under replacement cost. This will trigger a likely jump in gas prices in Michigan, Indiana, Ohio, Illinois and Kentucky very soon."