Arizona Gas Prices are down 2.4¢ Featured

While Arizona gas prices have dropped, the rest of the nation's has risen. 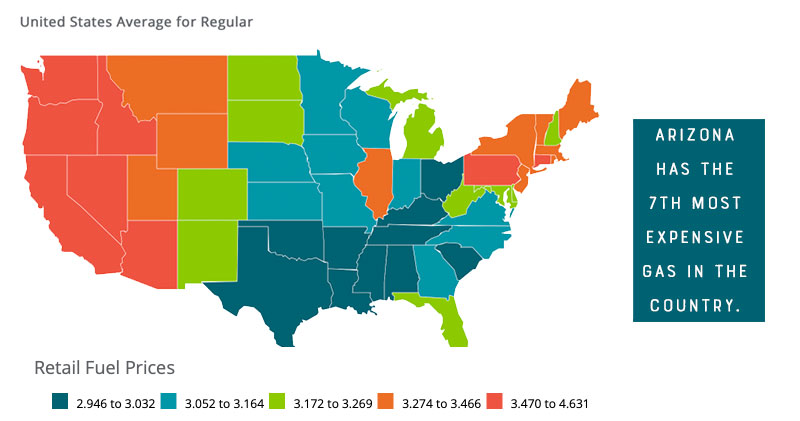 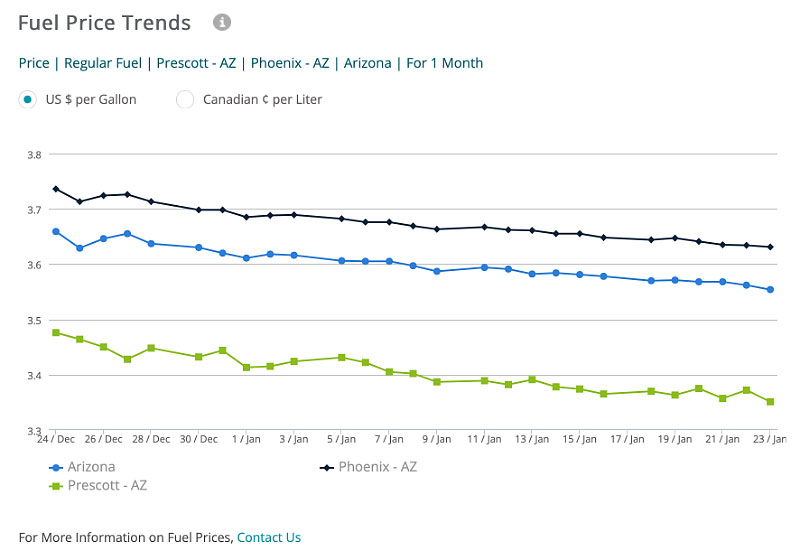 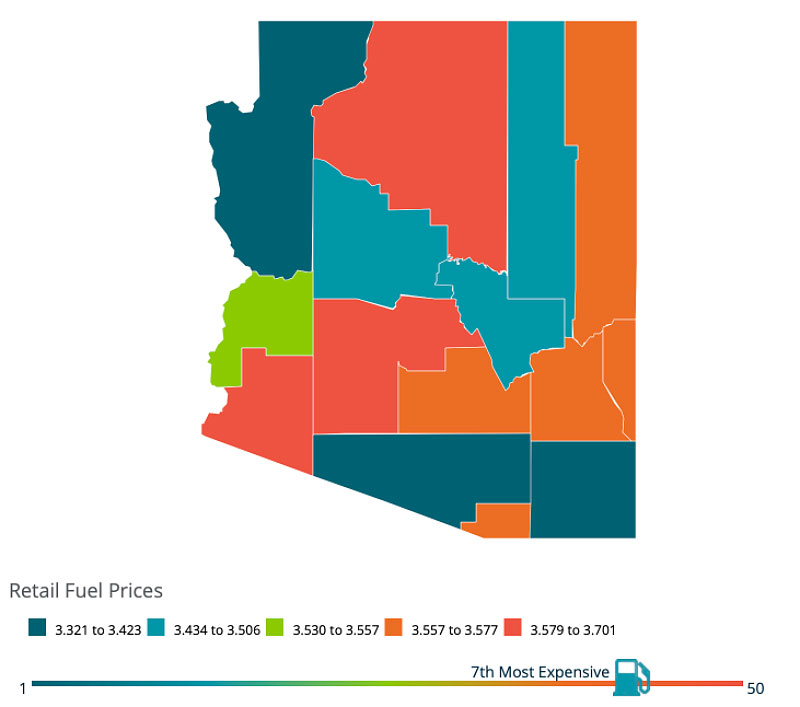 “With oil prices remaining elevated, average gas prices inched up in most states over the last week even as gasoline demand weakened, a testament to how concerned oil markets are with unrest in oil producing nations. With all eyes on the Russia/Ukraine situation, oil will likely remain north of $80 per barrel, with additional volatility. Prices could rise even more significantly if there is any further deterioration in the situation," said Patrick De Haan, head of petroleum analysis at GasBuddy. "For now, I don't expect any immediate fireworks at the pump, but the trend of rising gas prices will likely persist as worries continue to overpower weak global consumption."