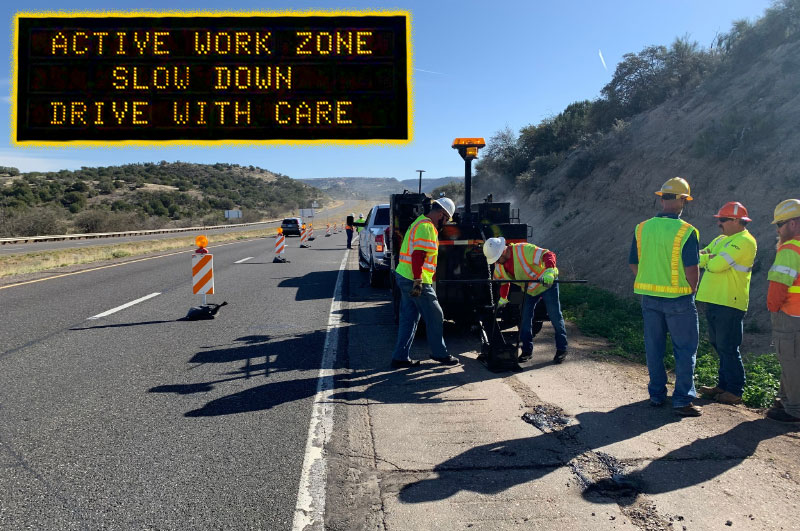 That’s the message from the Arizona Department of Transportation during this year’s National Work Zone Awareness Week, which is being marked across the country.

“Have you ever had a twinge of guilt or nervousness while breaking the speed limit in a highway work zone?,” asks ADOT Director John Halikowski. “Worried that you might hit something or, even worse, someone? Well, be assured that bad things can happen when you speed through work zones.” 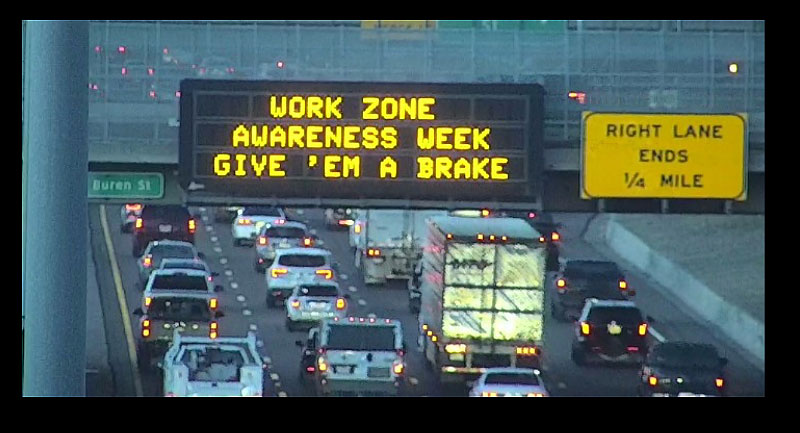 The theme of this year’s Work Zone Awareness Week (April 11-15) is “Work Zones are a Sign to Slow Down.”

“We care deeply about drivers, passengers, highway workers and families who could be impacted by work zone crashes,” added Halikowski. “Many tragedies can be averted if drivers slow down and stay alert. Yes, slowing down for something might annoy you, but please take these dangers seriously and don’t listen to that little voice that urges the ‘need for speed!’”

ADOT staff today (Wednesday) provided media members with a chance to tour a work zone for the ongoing I-10 Broadway Curve Improvement Project, where crews often work behind temporary concrete barrier walls just feet away from nearby speeding freeway traffic. The speed limit within the work zone is 55 mph. The project’s team has produced this I-10 work zone safety public service announcement.

National statistics over time have shown that 4 out of 5 victims of work zone crashes were drivers or their passengers. Arizona work zone crash statistics from law enforcement reports over the past five years include the following:

- preliminary - all 2021 crash reports not yet analyzed.

It’s important for drivers to slow down and pay attention when approaching and traveling through all work zones, but especially so in areas where workers aren’t able to work behind barrier walls.

“Roadway maintenance crews are often exposed to open traffic conditions, including during nighttime hours, when they are working to improve your highways,” said ADOT Central District Administrator Randy Everett. “We have flashing lights, signs and other safety equipment, but often the biggest factor is whether a driver is impaired, speeding or distracted in some way. If you’re entering a work zone, your first instinct should be to slow down.”

ADOT has posted a safety message on a number of its electronic signs along state highways that reads: “Work Zone Safety Week: Give ‘Em a Brake.”

To plan your trip, get travel times or see ADOT cameras, download the AZ 511 app.

Download the free ADOT Alerts app and know when unplanned, major events are impacting traffic near you.