Despite the angry and relentless protestors outside, the Arizona Senate finished up their final bills and declared, ‘Sine Die!'

“We will always find a way to do the work for the people."

Arizona Senate President Karen Fann faced new challenges as the Senate attempted to finish up the Senate Agenda with the final bills of the legislative session. With protestors outside the Senate building, trying to break in, the Senate had to adjourn to an emergency room. 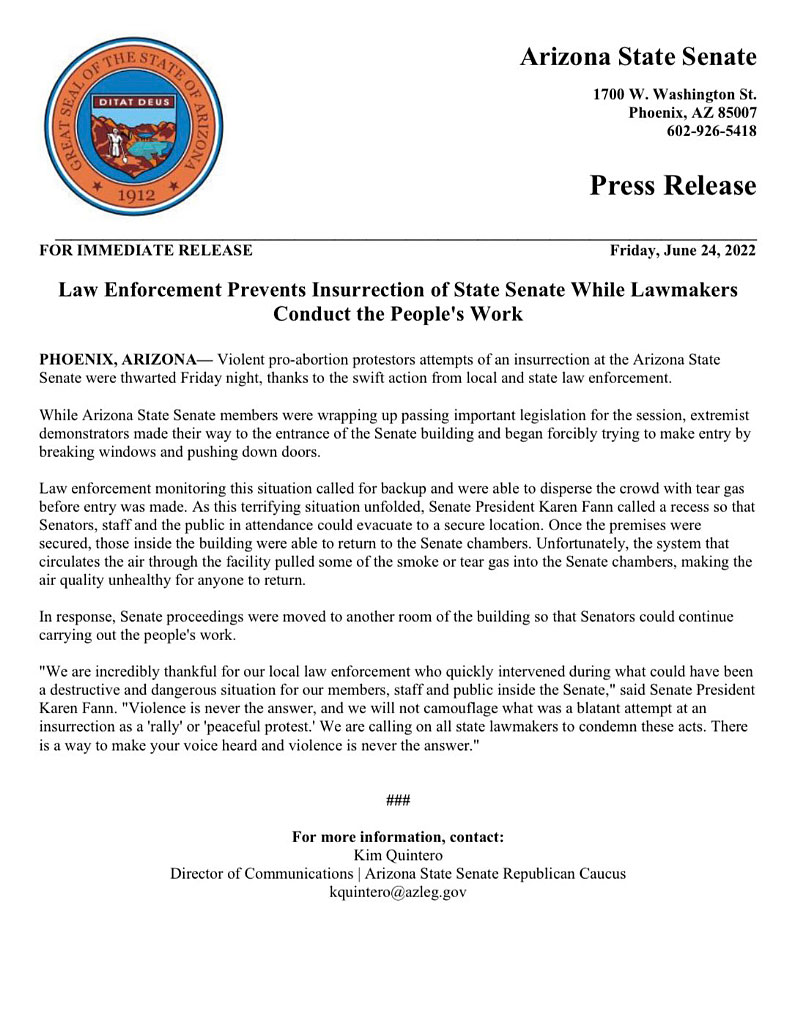 We will always find a way to do the work for the people. #AZSenate pic.twitter.com/gcpet7Ifyu

Despite the outside ordeal, the Senate would finish their work, including passing a bipartisan water bill with a $1B investment to secure Arizona’s water future. 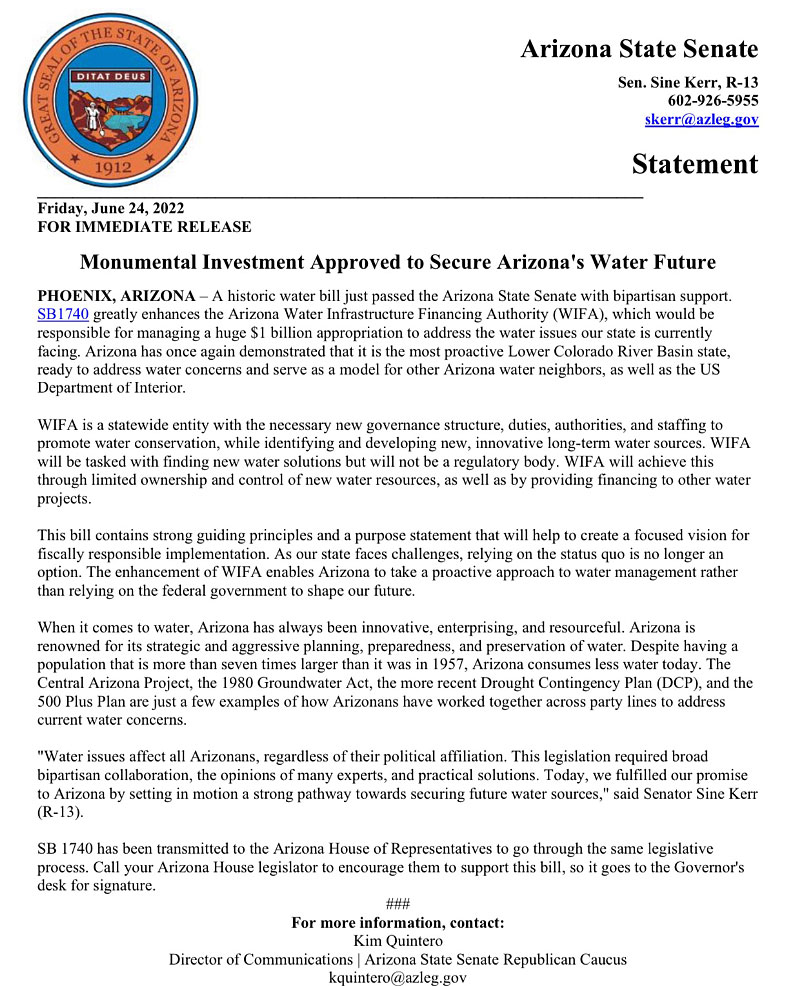 Later, Fann acknowledged once again the Senate Staff and Police officers who kept them safe:

So proud of our senate staff and Police officers keeping us safe from the insurrection at the Az Capitol last night pic.twitter.com/4rqzFLXQ3u

We are eternally grateful for you, your leadership, and for showing us how to stay graceful under immense pressure.

You have made historic changes for Arizona as President! Thank for you leading our caucus to success! #SineDie pic.twitter.com/W7DQ6PlxOA

Saturday morning, the AZ Senate Democrats released a statement regarding the events of the previous evening: 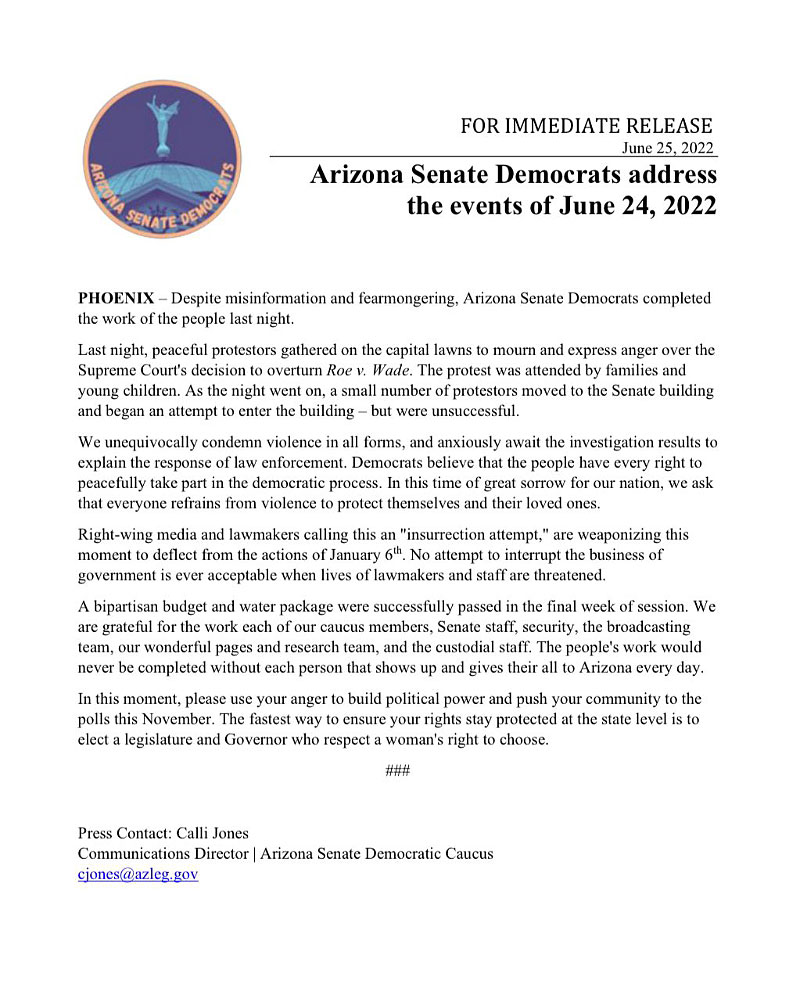 “DPS officials say protestors realized the legislature was in session inside the Senate building & reportedly tried to enter the building. Those inside were moved to secure locations once glass doors started to bow from multiple attempts at forced entry.”https://t.co/O9UHBUkYPA

The Arizona Department of Public Service later released a Press Release regarding the turmoil:

What began as a peaceful protest evolved into anarchical and criminal actions by masses of splinter groups. As groups realized the state legislature was in session, they attempted to breach the doors of the Arizona Senate and force their way into the building. The violence of their efforts literally shook the building and terrified citizens and law makers who occupied the building. As the glass doors bowed from attempts of forced entry, the occupants of the building were instructed to move to secure locations.

Due to the direct threat to the occupants of the Senate building and damage to the building itself, Arizona State Troopers took immediate action and utilized tactics including the deployment of field force teams and tear gas.

As the riotous behavior at the Legislature was taking place, concurrent and spillover criminal misconduct in the form of felony criminal damage and the defacing of state memorials was occurring in Wesley Bolin Plaza. 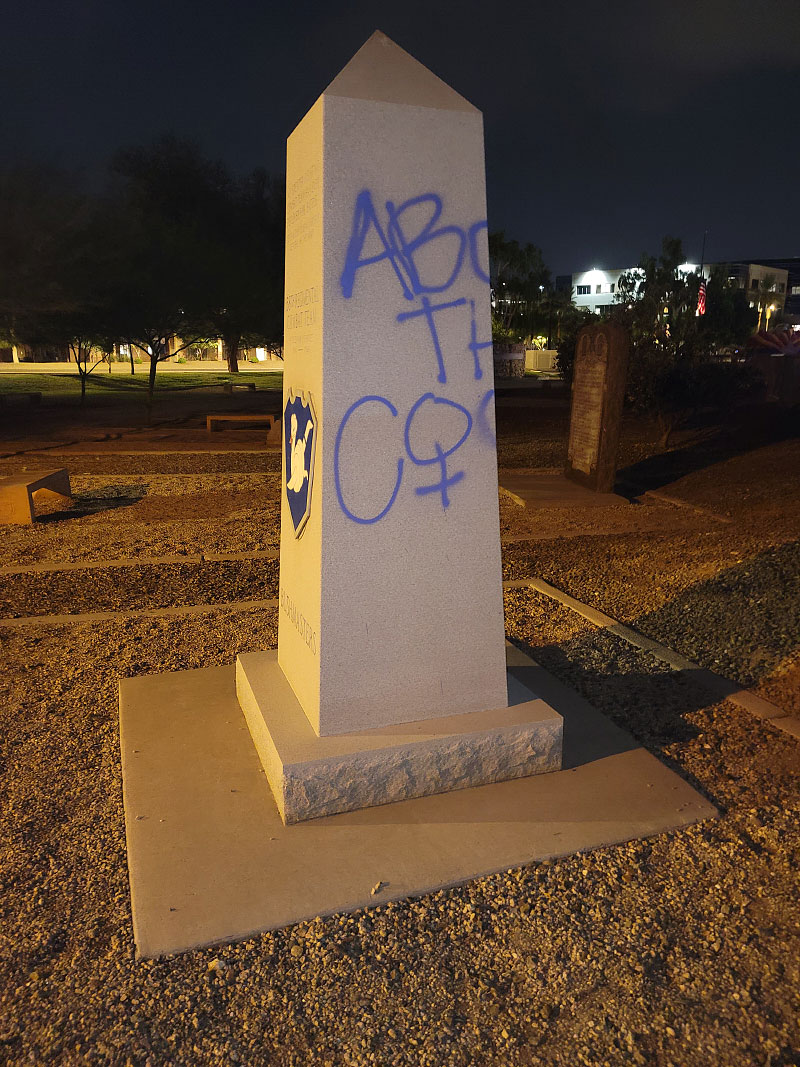 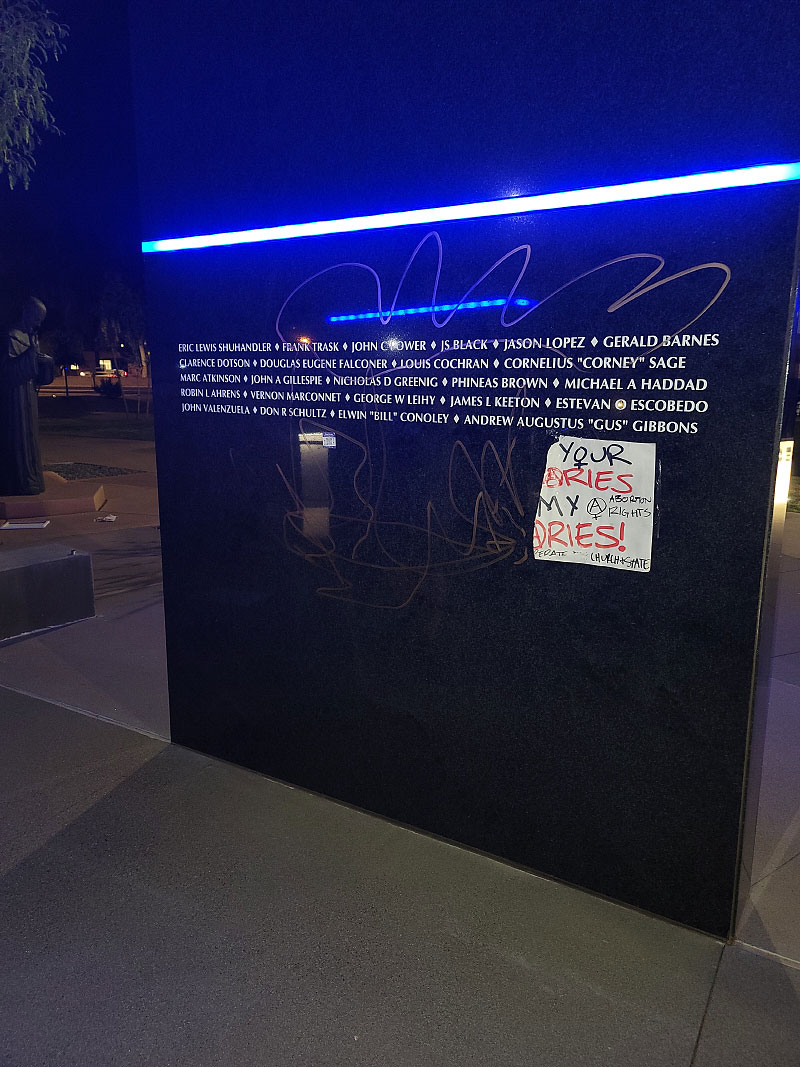 Troopers exercised patience and application of tactics in Wesley Bolin Plaza as some people unwisely brought children to the protest turned unlawful assembly. After multiple warnings, and notifications of trespass and unlawful assembly, state troopers deployed gas and strategically moved to clear the plaza. After the plaza was cleared, additional state buildings in the area sustained criminal damage. 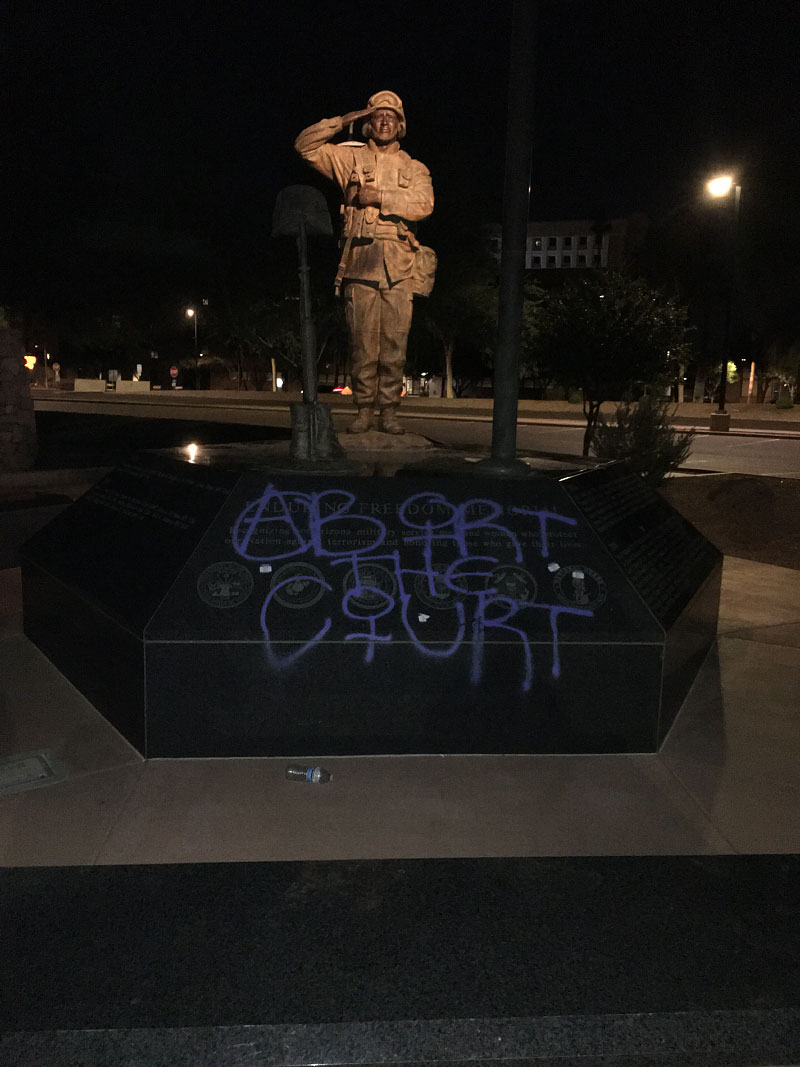 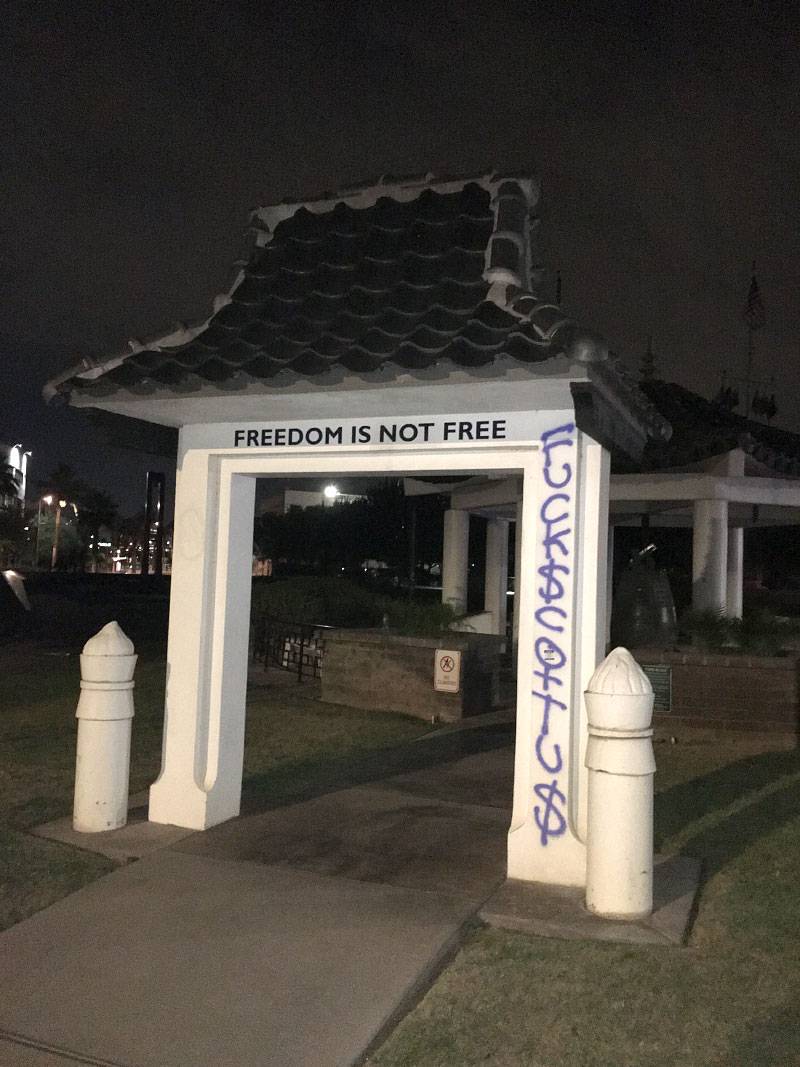 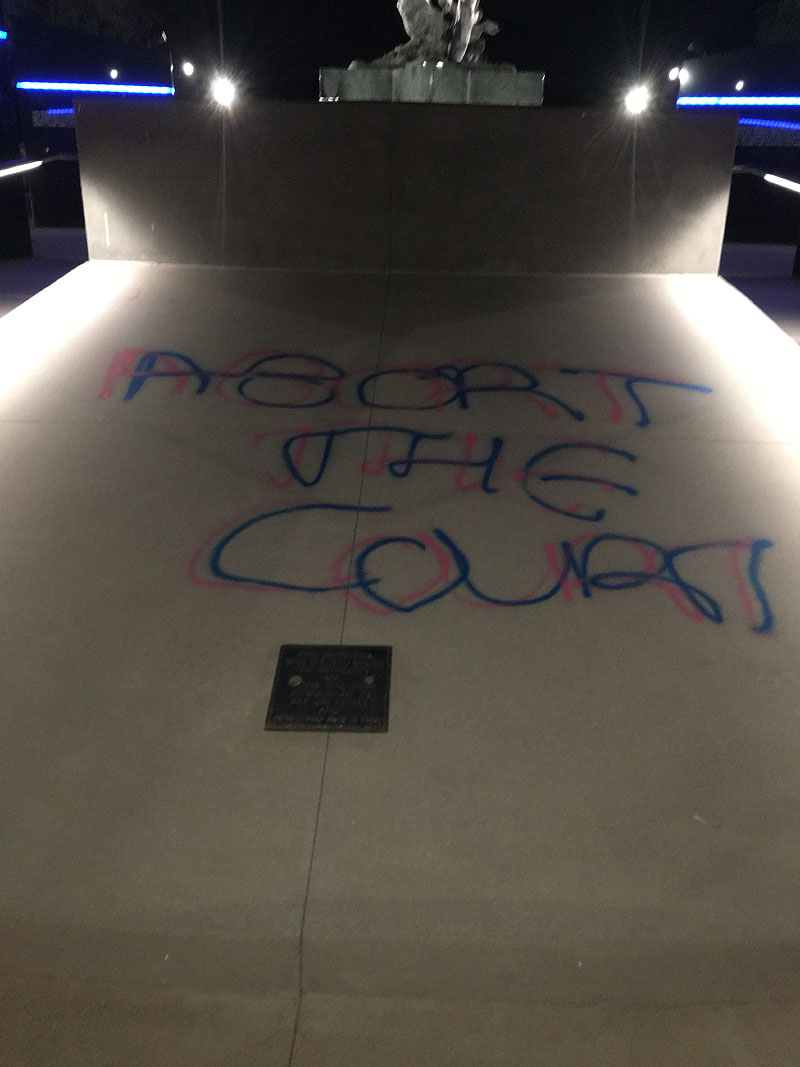 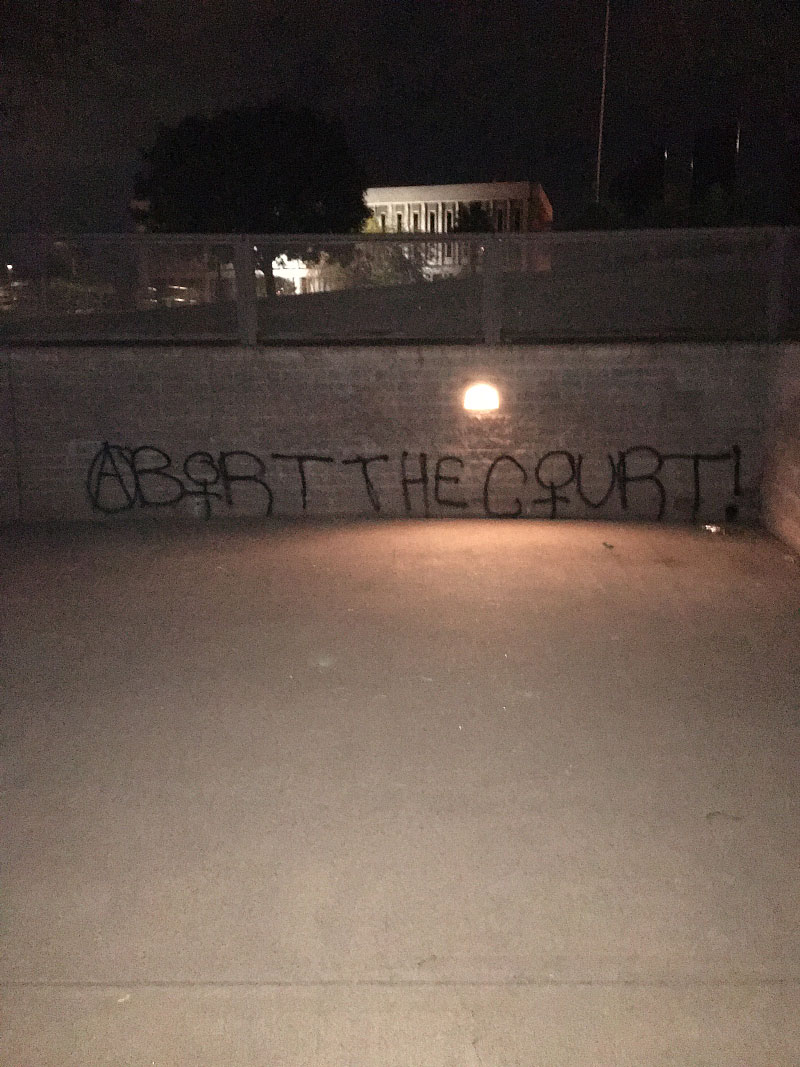 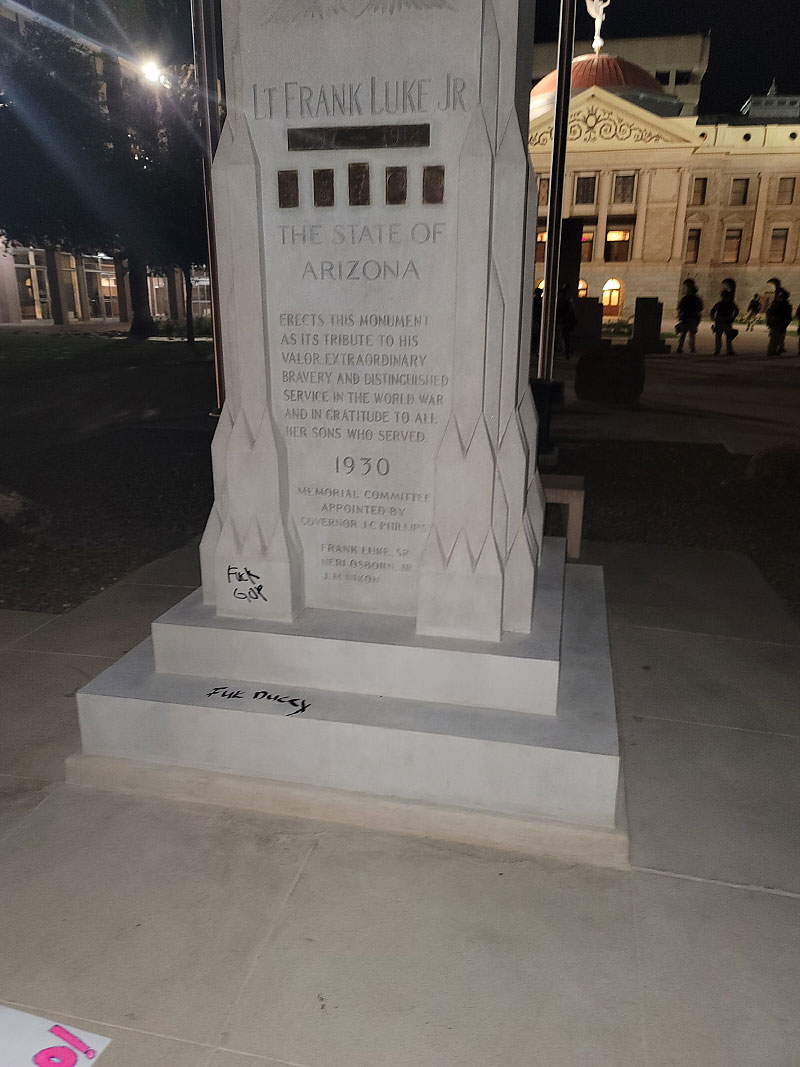 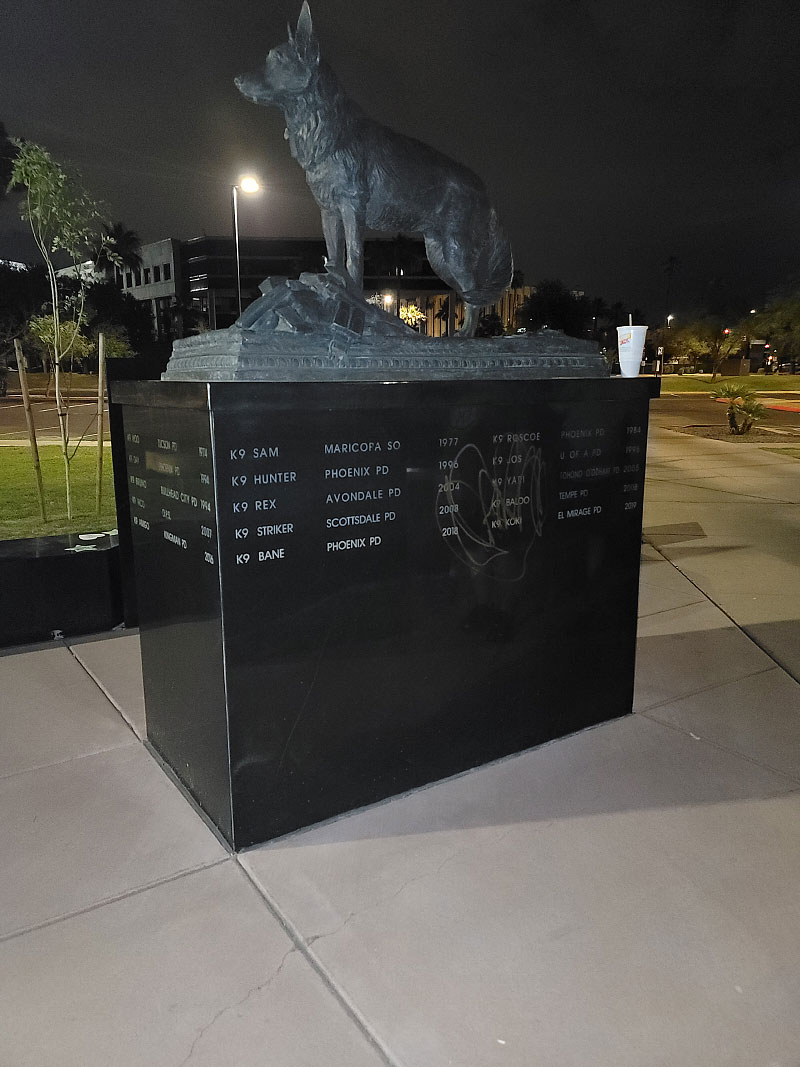