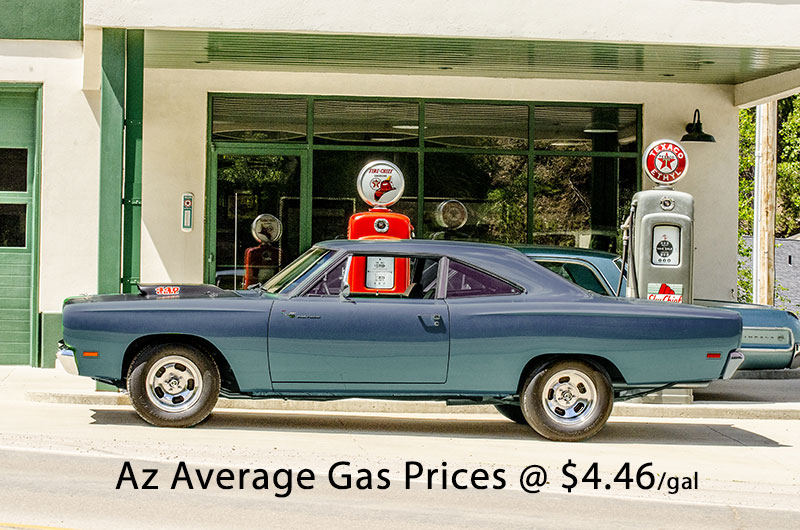 You can even find gas below $4/gal. Somewhere in AZ. Not in Prescott.

Prices at the pump are falling, finally 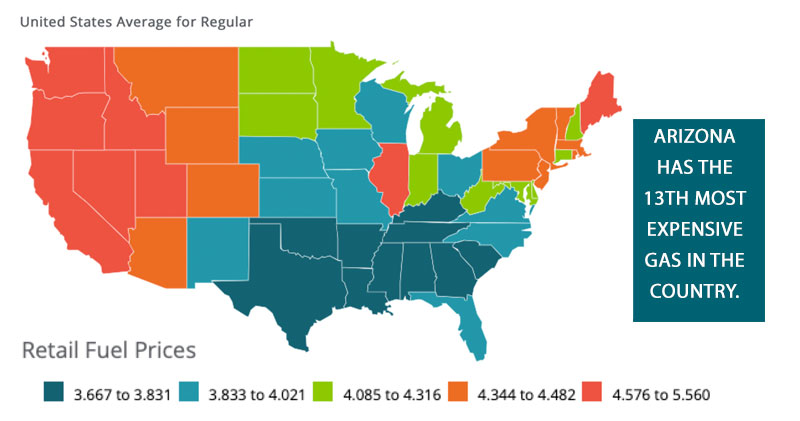 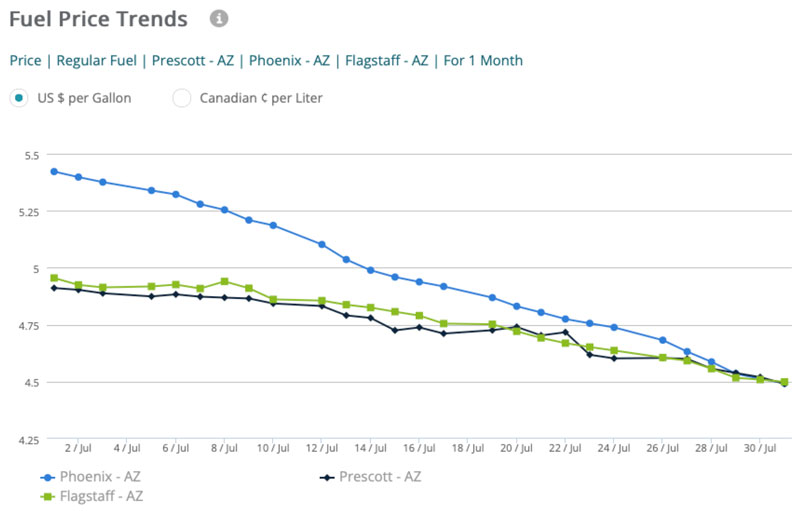 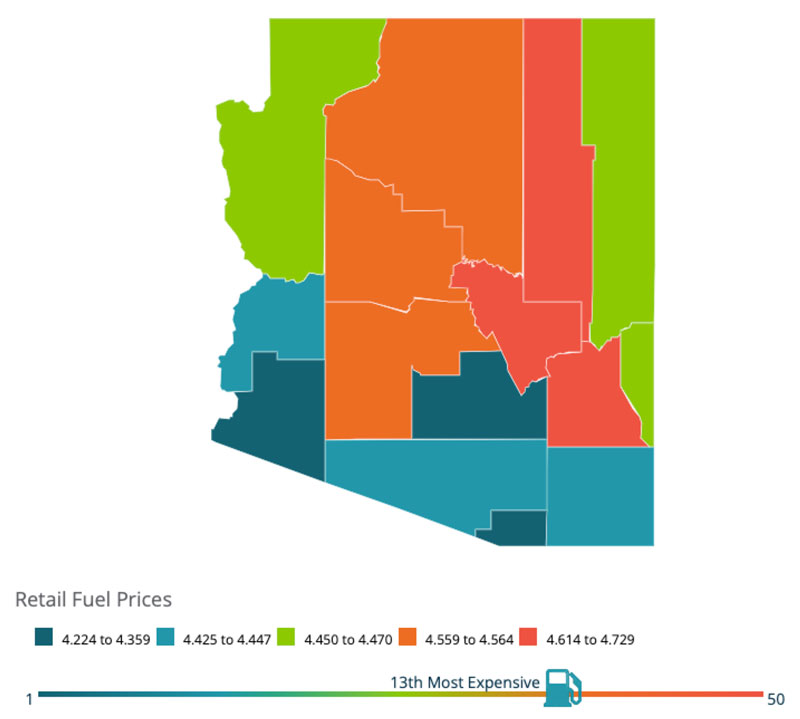 “We continue to see average gas prices falling in every state, with the national average down for the seventh straight week. Even better, nearly 20 states have also seen their average decline to $3.99 or less, with over 70,000 stations now at that level or below," said Patrick De Haan, head of petroleum analysis at GasBuddy. "The outlook is for a continued drop in most areas, however, some supply tightness in areas of the Northeastern U.S. could push prices up slightly until inventories rise, or imports do. For now, Americans are seeing prices nearly 90 cents lower than their mid-June peak and are spending close to $330 million less on gasoline every day as a result. As long as oil prices hold at these levels or lower, we'll see another decline in most areas this week."