In 8 Years, Arizona Wipes Out a Million Square Feet of Office Space Featured 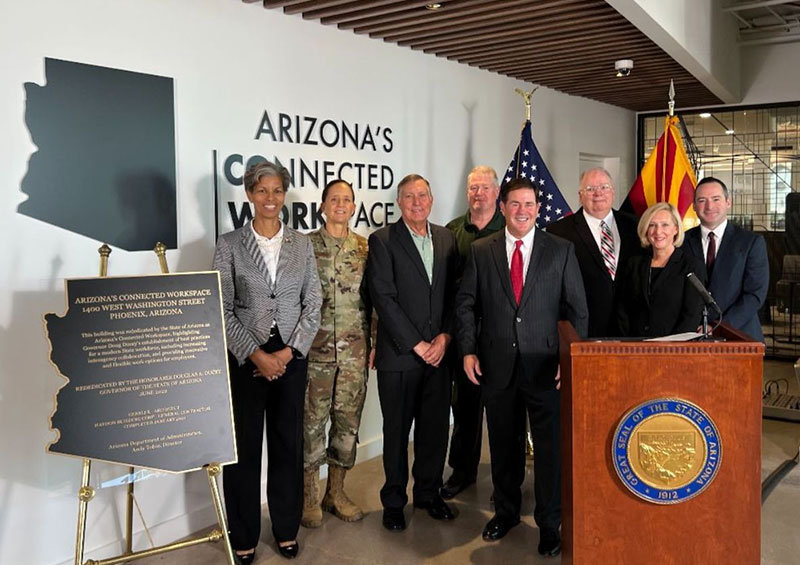 Shrinking Government in a Growing Economy

PHOENIX — In the last eight years, Arizona has wiped out a million square feet of state office space — the equivalent of more than 17 football fields.

This, as Gov. Doug Ducey said today, is a milestone worth celebrating.

“Over the past eight years, we’ve been dedicated to transforming our state government,” said Governor Ducey. “Our goal: fewer employees, higher efficiency, unrivaled customer service, a smaller building footprint and a reduced burden on our hard-working taxpayers. It’s safe to say we’ve accomplished these goals.”

The governor today unveiled Arizona’s Connected Workspace – a state-of-the-art hub for the more than 15,000 state employees who work remotely.

He said, “On the outside, the building you see behind me appears to be an old, outdated government building – and until now it was just that. On the inside, we have completely transformed the space – representing the drastic evolution of Arizona’s government and workforce.”

Arizona has saved taxpayers more than $9 million in rental costs since 2020 by consolidating work spaces and reducing the state government office space.

The governor foreshadowed the accomplishment in January’s State of the State — a promise delivered today.

The official launch of Arizona’s Connected Workspace marked a milestone in Arizona’s efforts to streamline and create efficiencies in state government.

“To be able to accomplish this type of concept in a government building can be credited to the vision of the state’s leader – Governor Ducey – who has emphasized creative thinking to solve problems," said Andy Tobin, Director of the Arizona Department of Administration. "We now have a fresh, modern workspace for all employees to use and we are ready to welcome them."

The Arizona Department of Administration will manage the workspace, which is designed for the modern workforce with capabilities for video conferencing, interactive whiteboards, a variety of conference rooms and collaborative huddle spaces, personal item lockers, and a fully stocked snack and beverage bar with a self-checkout kiosk.

“This brand new modern workspace is fully equipped for the new hybrid work environment,” said Ruben Duran, Building and Planning Manager at the Department of Administration. “As a fellow hybrid worker, the thing I love most about coming to work in this building is the fact that I get to choose how and where I work each day. I’d like to thank Governor Ducey and Director Tobin for all of their efforts in making it a reality.” 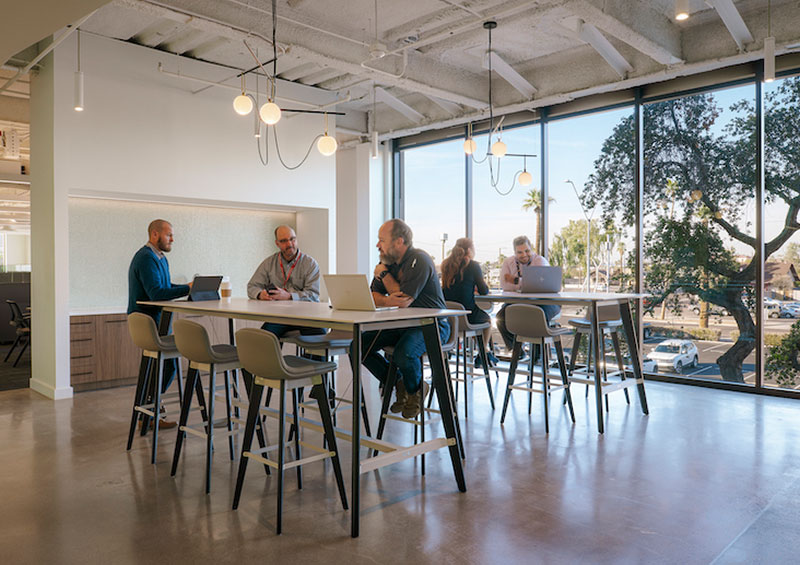 Arizona has proved that remote work leads to greater productivity and happy employees. Prior to March 2020, less than 10 percent of state employees participated in some level of remote work, either full-time from a virtual office or periodic telecommuting. That number has surged to 41 percent.

This shift has had a significant impact on the state’s transportation infrastructure, the morale of state employees and their environment.

When asked if remote work had a positive impact on their work experience, the majority of state employees – 88 percent – responded favorably.

Over the last two years, Arizona has taken action to renew, revitalize and remove state buildings.

In addition, natural resource agencies have moved into one building, and six state agencies have joined them. As a result, six government buildings will be demolished.

The remote workforce has also had a positive environmental impact. State employees in Maricopa County who work remotely have saved more than 204 million miles of travel from February 2020 to June 2022. The reduction in commutes averted 91,165 tons of carbon dioxide emissions and 81.48 tons of nitrogen oxides from the air.

Greater efficiencies have allowed Arizona to shrink the state workforce while serving the increasing number of newcomers who are coming to Arizona. Under Governor Ducey’s leadership, Arizona has the smallest state government headcount in a quarter century with 32,000 employees. Since 1998, Arizona’s population has grown by nearly 3 million people.