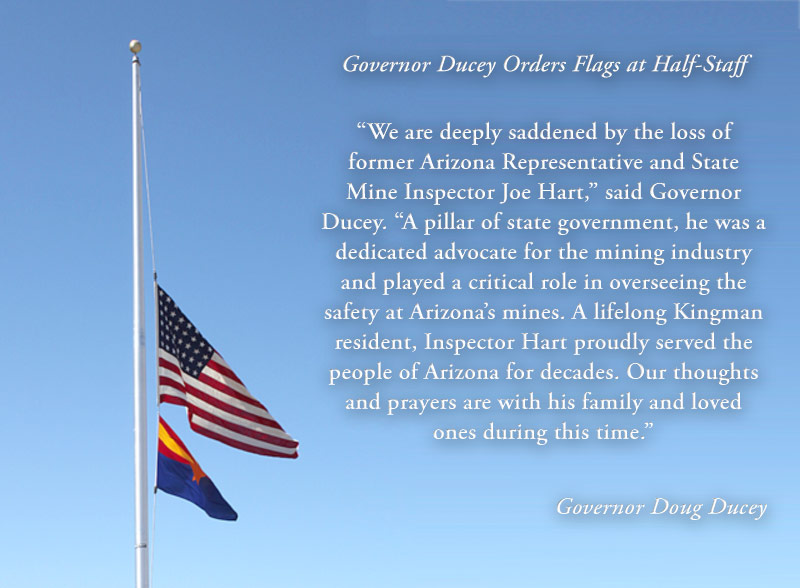 Flags are at half-staff in honor of Joe Hart

“We are deeply saddened by the loss of former Arizona Representative and State Mine Inspector Joe Hart,” said Governor Ducey. “A pillar of state government, he was a dedicated advocate for the mining industry and played a critical role in overseeing the safety at Arizona’s mines. A lifelong Kingman resident, Inspector Hart proudly served the people of Arizona for decades. Our thoughts and prayers are with his family and loved ones during this time.”

Inspector Hart was a member of the Arizona House of Representatives for nine years from 1992 to 2001, serving as speaker pro-tem and chairman of several committees. He was elected in 2006 as state mine inspector for Arizona and served for 15 years. Arizona is the only state that elects a statewide mine inspector.