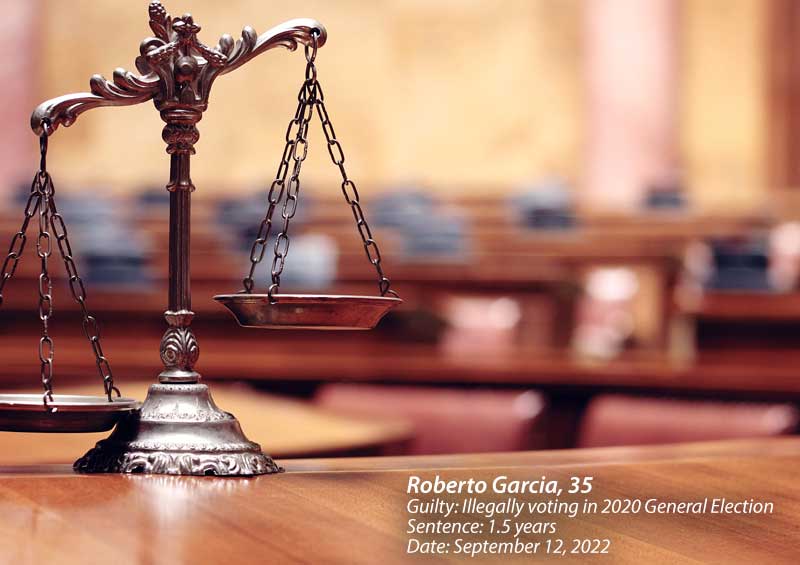 Roberto Garcia, 35, Sentenced to Prison for Illegally Voting in 2020 Election

FLORENCE – Attorney General Mark Brnovich announced that Roberto Garcia of San Tan Valley, age 35, was sentenced on September 12 by a Pinal County Superior Court judge to 1.5 years in the Arizona Department of Corrections for illegally casting a vote in the 2020 General Election while he was not eligible to do so. Garcia had entered a guilty plea in July to one felony count of Illegal Voting, after being indicted in March of 2022.

The indictment alleged that Garcia falsely completed a voter registration form indicating that he had not been convicted of a felony or that his rights had been restored. Garcia, however, had previously been convicted of two felony offenses and had not had his rights restored since his second conviction in 2006. As a part of his guilty plea, Garcia admitted that he knew he was not entitled to vote when he cast his ballot on November 3, 2020.

Garcia's ineligibility was unknown to Pinal County Election Officials at the time the defendant registered in January of 2020, and his vote was counted in the 2020 General Election. At the time of sentencing, Judge Holmberg entered an order cancelling Garcia’s voter registration. Garcia will be eligible to register to vote again only after applying for rights restoration after his sentence is complete.

Garcia is currently serving a sentence for an unrelated matter in the Arizona Department of Corrections and the 1.5 years sentence imposed this week will be served concurrently with his other prison sentence.

This case was investigated and prosecuted by the Arizona Attorney General’s Office Election Integrity Unit (EIU).

A copy of Garcia’s indictment is available here.

A copy of Garcia's sentencing agreement is available here. 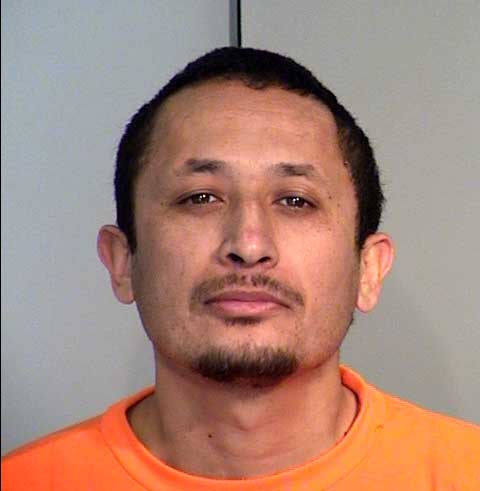