Gas prices jump nearly 70¢ in Phoenix in the last week

Gas prices going up, up, up 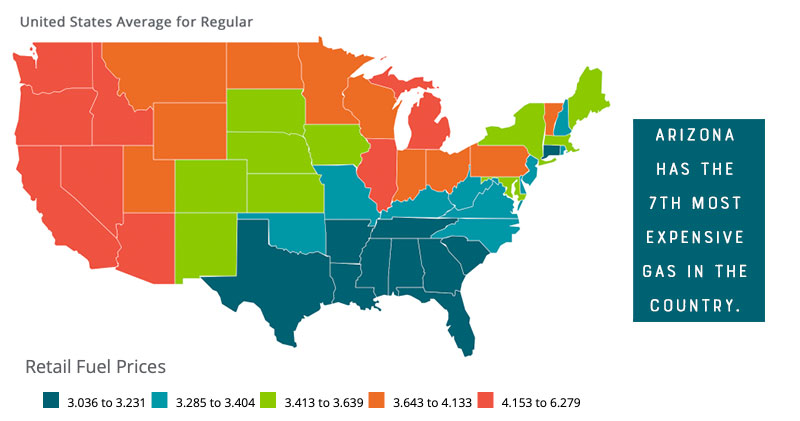 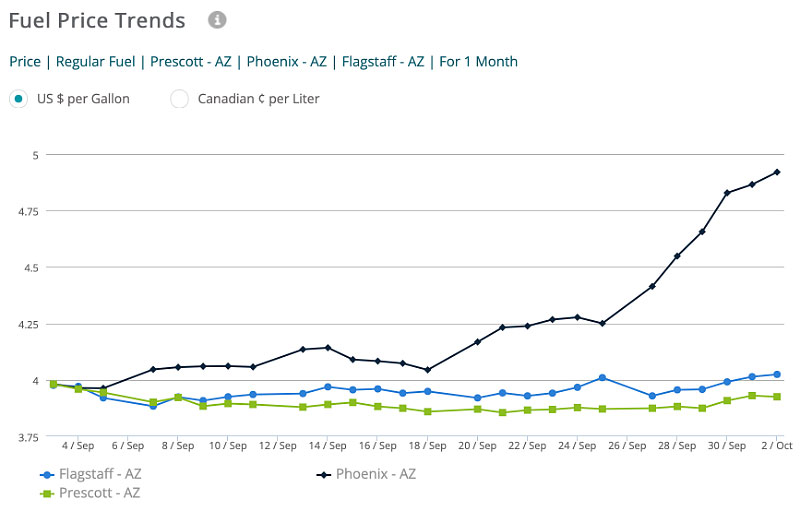 "With gas prices continuing to surge on the West Coast and Great Lakes, the national average saw its second straight weekly rise. But at the same time, areas of the Northeast and Gulf Coast have continued to see declines as the the nation experiences sharp differences in trends between regions," said Patrick De Haan, head of petroleum analysis at GasBuddy. "Some West Coast states saw prices rise 35 to 55 cents per gallon in the last week as refinery issues continued to impact gasoline supply, which fell to its lowest level in a decade in the region, causing prices to skyrocket. While I'm hopeful there will eventually be relief, prices could go a bit higher before cooling off. In addition, OPEC could decide to cut oil production by a million barrels as the global economy slows down, potentially creating a catalyst that could push gas prices up further."