Ducey: Arizona Border Barrier Mission Will Not Be Deterred Featured 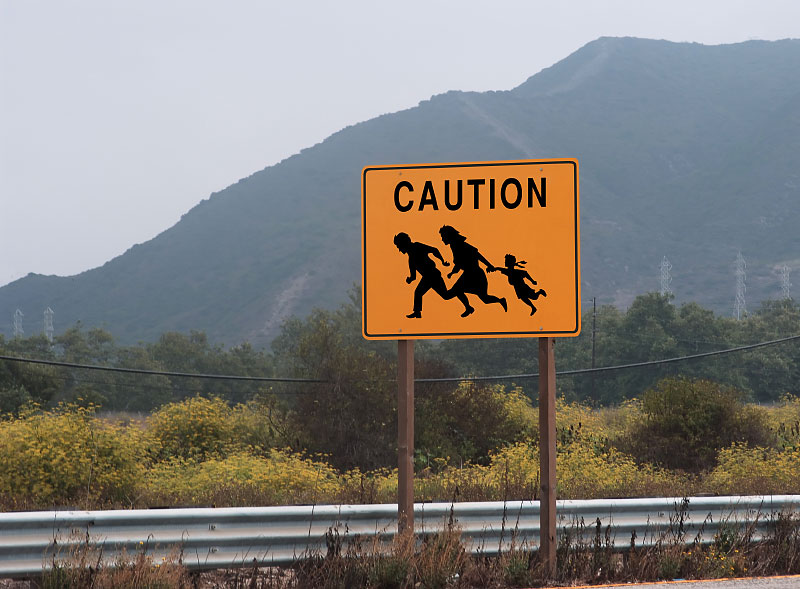 Arizona is taking action to protest on behalf of our citizens

PHOENIX — Undeterred by efforts from the Biden administration to reverse the progress of Arizona’s Border Barrier, Governor Doug Ducey on Friday committed to moving forward with the mission.

Last week, the state of Arizona filed a lawsuit seeking the courts to affirm the state’s right to defend itself.

“Our border communities are overwhelmed by illegal activity as a result of the Biden administration’s failure to secure the southern border,” said Governor Ducey. “Arizona is taking action to protest on behalf of our citizens. With this lawsuit, we’re pushing back against efforts by federal bureaucrats to reverse the progress we’ve made. The safety and security of Arizona and its citizens must not be ignored. Arizona is going to do the job that Joe Biden refuses to do — secure the border in any way we can. We’re not backing down.”

The governor asserted that the lack of planning and action from the Biden administration demonstrates that border states like Arizona cannot rely on the federal government to ensure its security. The suit filed in the U.S. District Court for the District of Arizona intended to resolve the state’s authority to protect its citizens granted to it by the U.S. Constitution.

The move comes after the federal government took two months to respond to the Border Barrier Mission – which only took 11 days to fill 3,820 feet of gaps in the border wall. The federal government sought the removal of the 130 containers that protect Arizonans from dangerous activity at the border, indicating it would replace the double-stacked, 9,000-pound containers with “temporary” barriers. Similarly, the U.S. Forest Service aimed to prevent the state from completing the work in Cochise County.

To that, the governor said, “Why replace temporary barriers with more temporary barriers? Just another example of the federal government bureaucracy and out-of-control spending. The Border Barrier works and we’re not going to delay the safety of our citizens any longer.”

Yuma has long been at the forefront of the man-made crisis at the border.

“Now is not the time to hold or spend precious resources on replacing a barrier that already works,” said Jonathan Lines, Yuma County Supervisor. “Governor Ducey has taken action in the interest of public safety and basic humanity. The federal government has not acted whatsoever and is so entrenched in bureaucracy, it’s putting its own citizens at risk. Yuma County is grateful for the leadership and determination of Governor Ducey.”

“Yuma has experienced a humanitarian and national security crisis for far too long. The Biden administration created this problem, they need to end it and stop this bureaucracy game. Arizona will not be deterred in our mission to protect our citizens,” said Sen. Sine Kerr.

“CBP says the containers assisted in gaining operational control,” said Rep. Tim Dunn. “Farmers are thankful the barrier has stopped unfettered trespassing into Yuma farm fields. The Border Barrier Mission in Yuma is critical and has assisted in gaining operational control over the chaos and let our brave law enforcement officers do their job more efficiently. Arizona stepped up to the plate and we will continue to protect our communities while the Biden administration does nothing.”

“Illegal crossing through gaps in the border wall is not immigration," said Rep. Joanne Osborne. "The border is a revolving door to bring fentanyl and other deadly drugs into our communities and spread across the nation. To ask Yuma to remove anything that protects our city is ridiculous and will only exacerbate this crisis. Arizona is fulfilling its duty to safeguard its citizens."

The Tucson Sector of the U.S. Border Patrol, which includes Cochise County, saw 230,235 migrants cross illegally into its communities from October 2021 to August 2022. Over the same period, officials seized 24,229 pounds of deadly drugs, including 4,500 pounds of fentanyl.

“The Biden administration has continually put public safety at risk by ignoring border communities,” said Cochise County Sheriff Mark Dannels. “We’re doing what we can to address the issues in Cochise County. Our community – its people, hospitals, food banks, nonprofits and law enforcement have been stretched thin for far too long. We’re grateful for Governor Ducey’s bold actions to protect Arizona and its citizens.”

Through its Safe Streets Operation, the Cochise County Sheriff’s Office has encountered more than 2,000 migrants from March 1 to October 1. The operation also stopped 751 smuggling events, a dangerous pursuit for law enforcement officers and migrants.

With the sheer amount of drugs seized at the border, countless other drugs are seeping into communities.

“Arizona’s border communities are tired and weary of being the major pipeline for drugs and human smuggling. The Biden administration has turned a blind eye to this criminal activity, and has all but encouraged the cartels to use our state as they please. Help is needed now. With little to no help to secure our border from the federal government, the Border Barrier Mission will help to keep our communities safer than they are now,” said Sen. David Gowan.

“The Biden administration has forgotten their duty to protect the nation’s border. The lawlessness on the ground along the border must be stopped. The Border Barrier Mission will consolidate law enforcement resources and reinforce public safety,” said Rep. Gail Griffin.

“Arizona has taken resolute action to defend our state and our citizens. The federal government continues to delay construction of the border barrier. We will not wait any longer while Washington endangers the lives and welfare of Arizonans,” said Senate President Karen Fann.

“Washington has left Arizonans and their safety behind. Governor Ducey has shown real leadership to protect the health and safety of Arizonans. This is beyond bumbling bureaucracy, this is intentional,” said House Speaker Rusty Bowers.

The governor also called on elected officials to push back on the federal government.

“Over the past few months, the mayors in Washington, D.C. and New York City got a taste of what Arizona border communities have been dealing with since Biden took office,” said Governor Ducey. “They didn’t like it. Senator Mark Kelly has even said he understood why we took matters into our own hands at the border. If Senator Kelly and Mayors Adams and Bowser really want to address the issue, they can join us in calling for President Biden to take action at the real root of the problem and secure our southern border.”

John Modlin, chief of the Border Patrol’s Tucson Sector, told the Associated Press at the end of August that, “If Yuma has 10 gaps and people were crossing all 10 gaps, it’s much more difficult for us to deal with than if Yuma has one or two gaps and the majority of traffic is crossing through those gaps.”

Yuma Mayor Doug Nicholls has fervently agreed. In an interview with KTAR, he said the border barrier is “definitely helpful” to stop the flow of migrants and dangerous drugs.