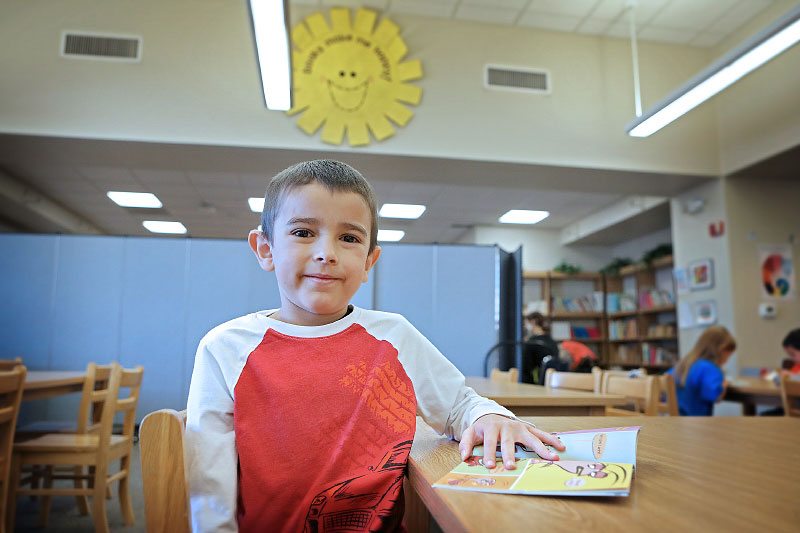 George Cuevas is the Chino Valley Student of the Week

The Chino Valley Unified School District would like to recognize first grader George Cuevas of Territorial Early Childhood Center as our Student of the Week for the week ending October 28, 2022.

The information below provided by the TECC staff:

George Cuevas is a gentle, focused first grade student in Mrs. Schoenfeld's class. George is a great student who loves to read and will often write stories of his own! George reads every night with his dad.

When George spends time with his brother, they race cars and pretend to be superheroes, Spiderman and Hulk! George plays baseball and enjoys writing on his etch-a-sketch. He's a car and monster truck enthusiast too! His favorite foods are steak and Chipotle. He enjoys his two dogs, a Yorkie named Taco and a German Shepherd named Titan.