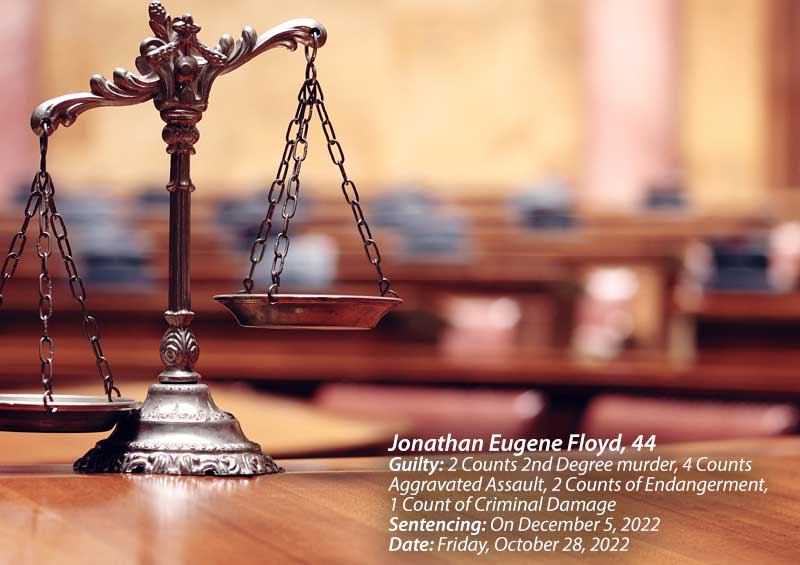 Floyd was found to be impaired with alcohol and medications

At that time, Floyd was driving southbound from the Las Vegas area on a remote portion of U.S. Highway 93 in Yavapai County. Near milepost 175, Floyd crossed the double yellow line which separated the highway and entered the northbound lane, first striking a commercial vehicle. Floyd then slammed into a family van carrying a married couple and their five children.

According to Deputy Yavapai County Attorney Kristen Sharifi, “To avoid Floyd, the driver of the van took evasive action by turning his steering wheel sharply to the right. Despite this heroic effort, Floyd violently smashed into the family van. When the van came to rest in the middle of the dark desert, the family learned the left side of the van had been destroyed, instantly killing two of the five children and injuring the other members of the family.”

The Arizona Department of Safety, Highway Patrol and the Vehicular Crimes Unit responded to the devastating scene. Floyd’s blood was obtained, and test results determined he was impaired due to alcohol and medications at the time of the collision.

Polk stated: “My heart goes out to this family and nothing we do can bring back their children. I do want to thank the jury for their attention to the details of this case, to the investigators from DPS, and to our prosecution team, Deputy County Attorneys Kristen Sharifi and Chris Michalsky, and others in our office for their hard work in bringing this case to justice.

Sentencing is scheduled for December 5, 2022, at 8:30 a.m. before the Honorable Debra Phelan of the Yavapai County Superior Court. Floyd was on felony parole at the time of these crimes and faces a prison sentence ranging from 16 to 48 years for the two murder convictions.