…about the Maricopa County 2022 General Election

The Maricopa County elections were a mess. Now what?

Stating that the Elections Integrity Unit of the Arizona Attorney General’s Office has received hundreds of complaints since Election Day, Jennifer Wright notes that the complaints go beyond speculation, and include first-hand witness acounts. Wright sends a letter to Maricopa County regarding the issues.

Wright notes that not only have their been complaints, it appears that laws have been broken during the Maricopa County Election Day procedures and afterwards.

Pollworkers even gave out instructions that were contrary to law.

“Arizonans deserve a full reporting and accounting of the myriad problems that occurred in relation to Maricopa County’s administration of the 2022 General Election. As the canvass is looming, and these issues relate to Maricopa County’s ability to lawfully certify election results – the Unit requests a response to the aforementioned issues on or before Maricopa County submits its official canvas to the Secretary of State, which must occur on or before November 28, 2022.

If you have a complaint about election procedures, you can file a complaint at the Arizona Attorney General website: https://www.azag.gov/complaints/election

You can read the full letter below: 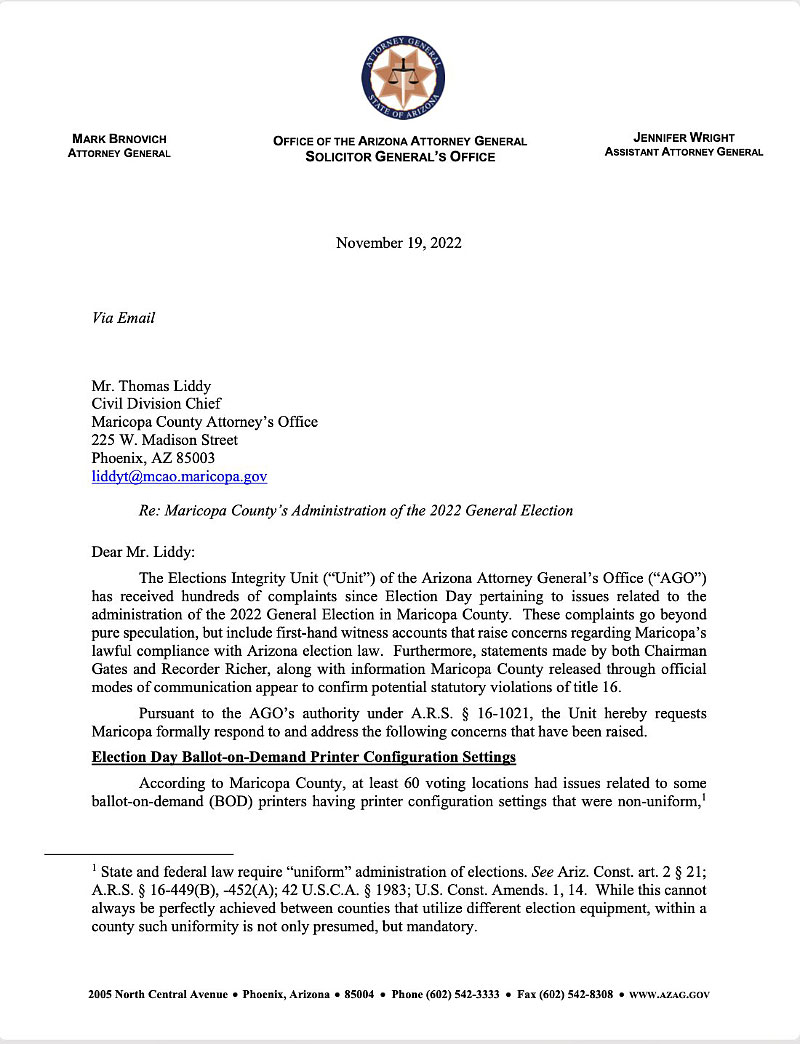 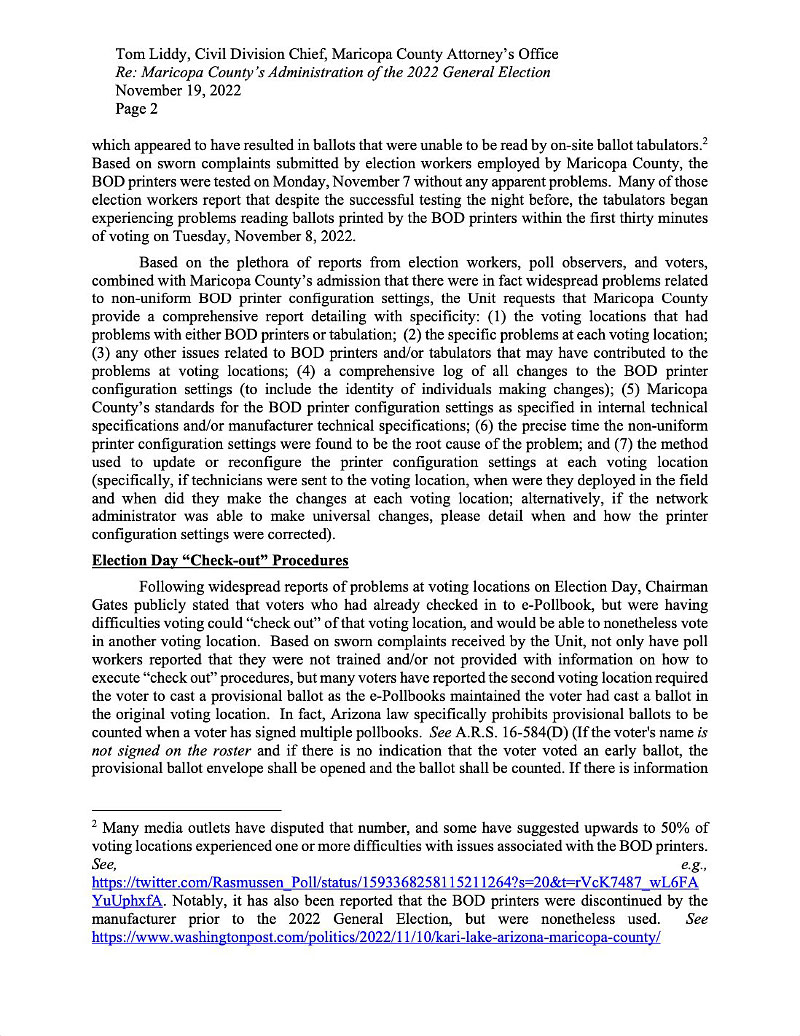 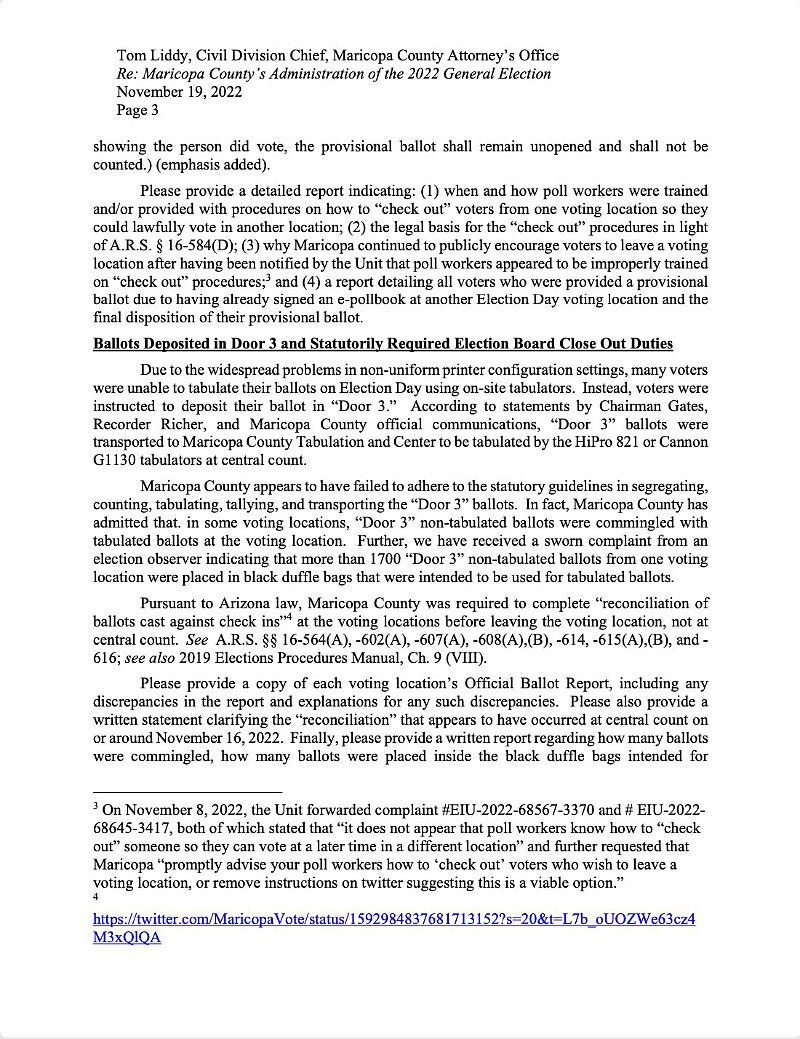 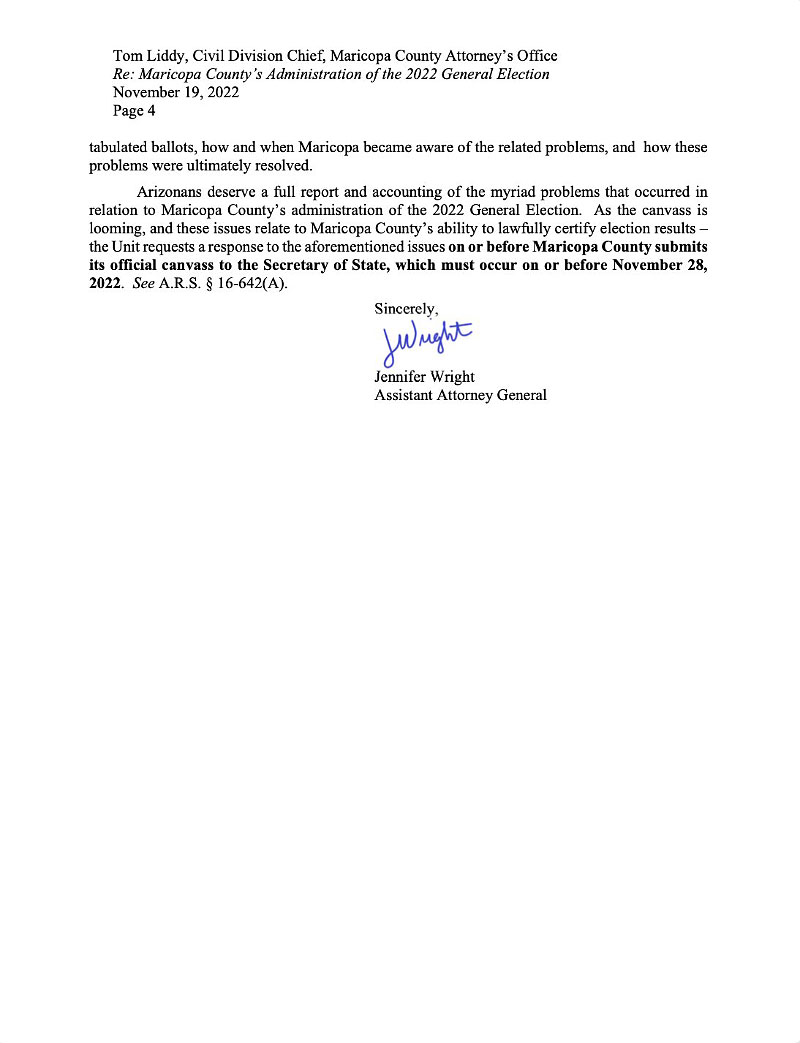