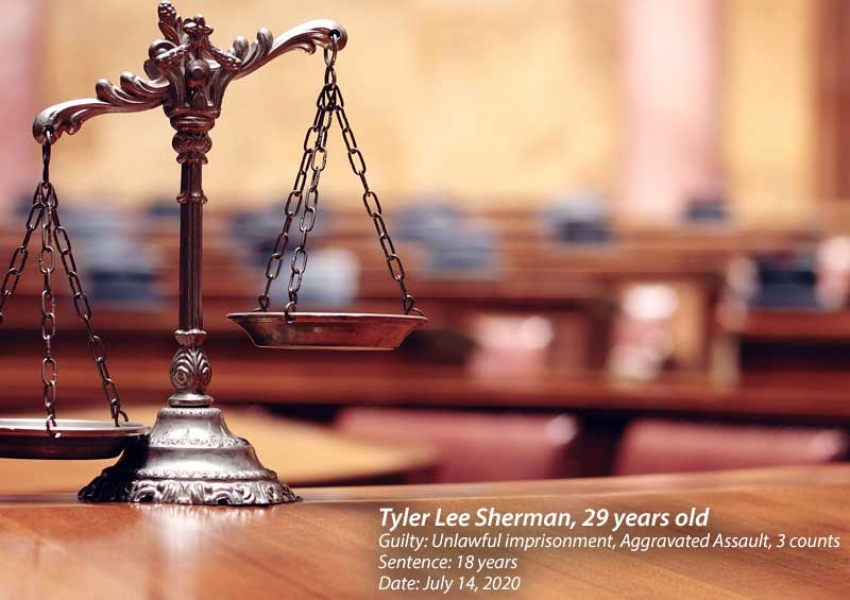 The incidents occurred on April 5, 2019, in the early morning hours where Sherman was with friends and began displaying odd behavior. At multiple points during the night, Sherman began to “rap” about killing everyone and how everyone was going to die. Sherman produced a kitchen knife, injuring one then attacked a second victim. The second person was able to break free and run out the back door of the residence despite being injured. Another occupant of the residence heard the struggle and tried to stop Sherman who struck him with a pipe.

When the police arrived on scene, Sherman walked towards the officers holding the knife in a threatening manner. One of the officers, fearing for his safety, drew his weapon, Sherman retreated back inside the residence, yelling at the officers. Sherman then came out of the residence and threw several knives at the responding officers. When Sherman quickly and abruptly reappeared out of the doorway to confront the officers and refused to drop a black object and knife in his hands, two officers, fearing for their safety and the safety of the other officers, fired their duty weapons striking Sherman. Located underneath Sherman’s right side was a knife.

Witness statements and toxicology results indicated that Sherman was under the influence of methamphetamine during these events.