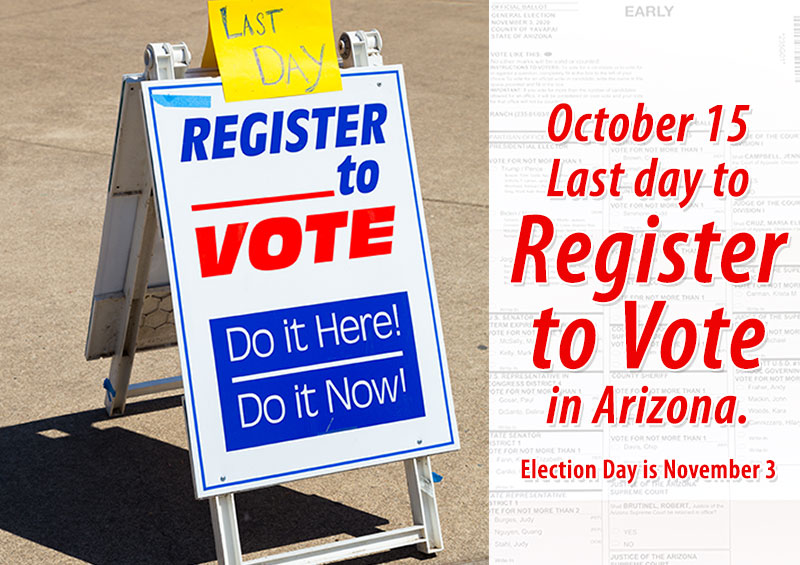 It was supposed to close on October 5. Then the date was October 23. Now it has changed again.

Ok, we appear to have a final, final Voter Registration deadline: October 15. This is from the Arizona Secretary of State’s twitter account: 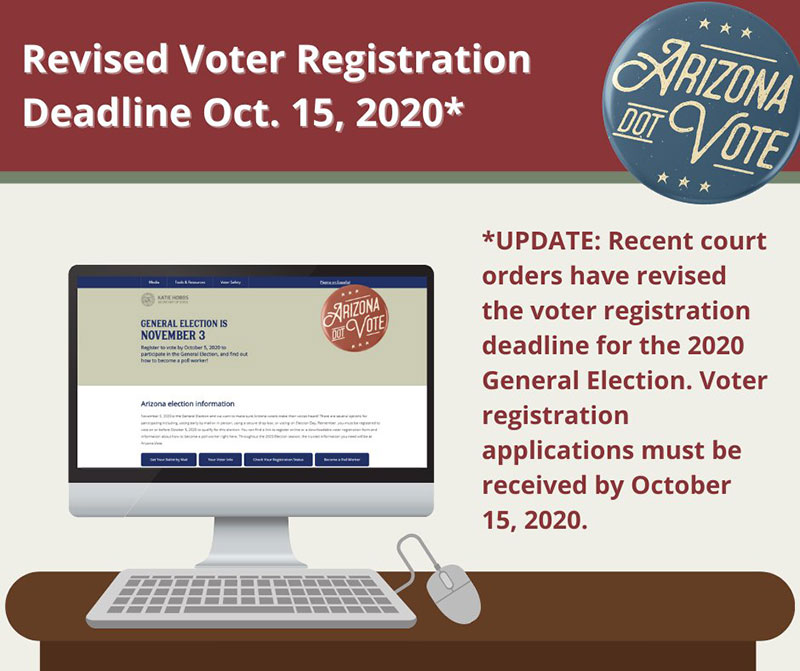 Here’s what has happened so far:

At the very last minute, on October 5, in response to a lawsuit, federal Judge Steven P. Logan ruled that deadline should be extended to October 23.

You can read about that here: https://copperstate.news/state-news/item/320-two-last-minute-voting-decisions-from-court-create-more-election-uncertainty

Despite stating that she didn’t agree with the ruling, Arizona Secretary of State Katie Hobbs declined to appeal. Arizona’s Attorney General Mark Brnovich appealed anyway on behalf of the State of Arizona. The SOS Hobbs reversed and added her appeal.

Yesterday, the 9th Circuit reversed Logan’s ruling, rolling back the registration date to October 15. One of the judges wanted to invalidate any registrations after October 5, but the other two judges disagreed. They determined the last day should be Thursday, October 15.

The 9th Cir. has reversed, rolling back the registration deadline to 10/15. READ: https://t.co/nPry5R5SXv. "At the very last minute, on a thin
complaint and record, the district court thrust itself into the election by altering the
eligibility requirements for voting in Arizona." —">https://t.co/3kK85pvEkL

You can read the legal opinion here. In addition to stopping voter registration, the 9th Circuit had harsh words for Judge Logan.

So, if you have not registered to vote yet, you have until close of business on October 15 to do so. Go online to register at the Arizona Secretary of State’s website.