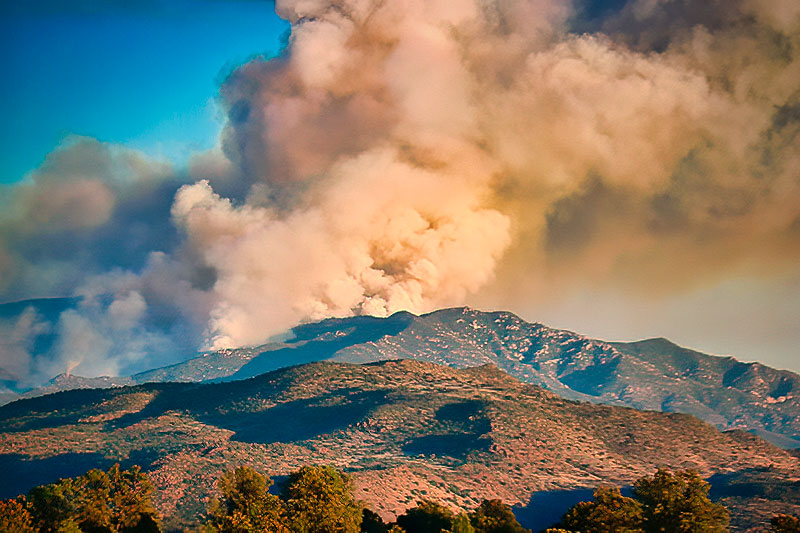 The Horse Fire is actively burning northwest of Crown King and about 18 miles south of Prescott in very remote areas of the Prescott National Forest. With brush as high as eight feet, dense vegetation, steep terrain, and limited access options, firefighters cannot be placed directly in front of the fire. Aircraft is and has been aggressively used since the fire began Thursday, for full suppression. 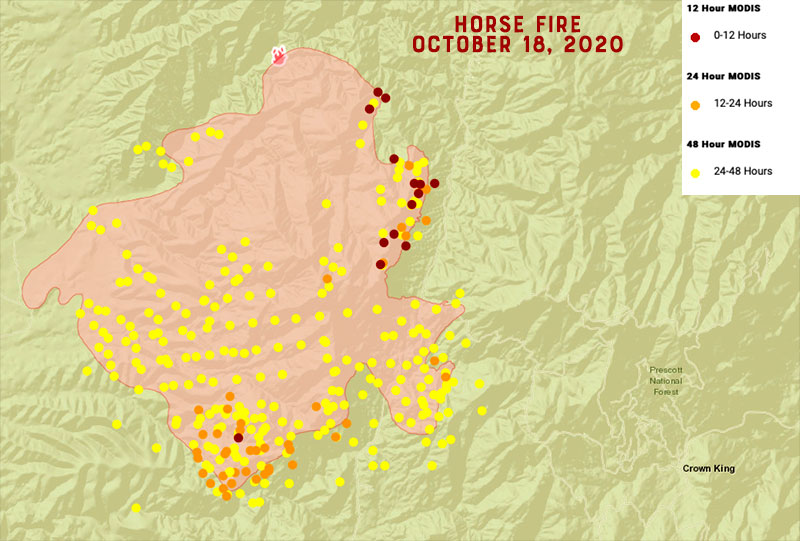 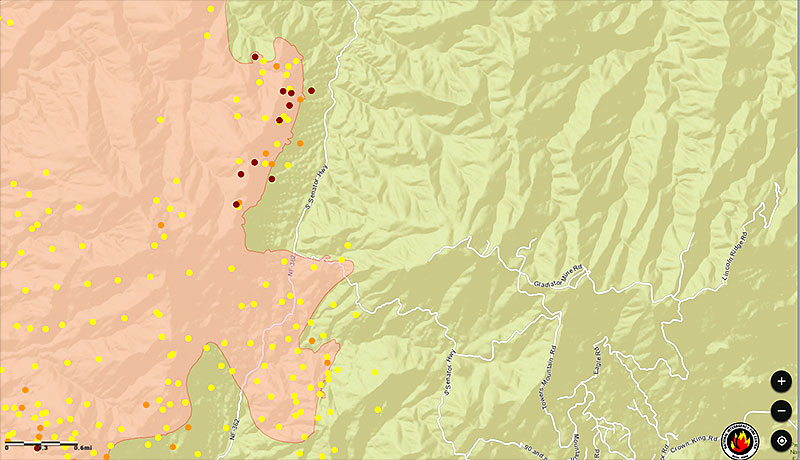 All roads leading into Crown King have been closed – Goodwin, Senator Highway at Palace Station, and County Road 59 from Cleator. Please avoid the area to allow emergency personnel access. Yavapai County Sheriff’s Office has issued a Code Red ‘Go’ for the communities of Crown King, Minnehaha, Horsethief Cabins and any private inholdings in and around the fire area. There are evacuations currently in effect. For information on the Code Red alerts issued you can visit the Sheriff’s Office Facebook page for updates or call (928) 771-3321 or to sign up for Code Red notifications visit Yavapai County Code Red Notification.

The last fire recorded in the month of October within the Prescott National Forest was in 2007 at only 630 acres; this is an unprecedented year for fire activity.

EXTRA NOTE: The Crown King Fire Department is having an online auction to help support the CKFD. Approximately ⅓ of CKFD’s annual operating budget comes from fundraising events. You can check that out here: