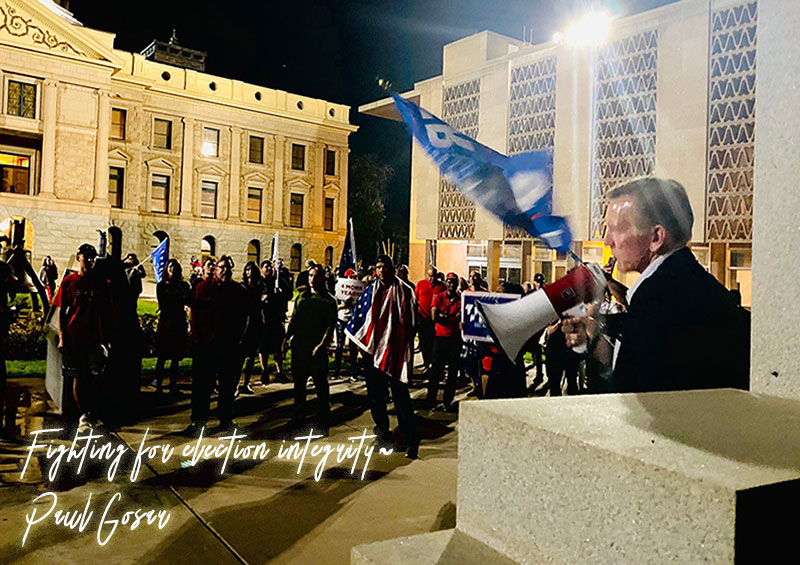 Ensure every legal vote is counted...

Like many of you, I am DEEPLY concerned about the numerous voting irregularities we've seen this past week as it relates to the Presidential Election. I want you to know that I will fight to make sure every legal vote is counted. Given some of the troubling developments, this race may indeed be far from over.

A "computer glitch" in Michigan in one county alone took more than 5,000 Trump votes and gave them to Biden. This is very troubling because this same software is also used in the five battleground states that keep "finding" Biden votes, including right here in Maricopa County.

This is the statement on Dominion's home page. This begs the question,
exactly how much of a difference did Dominion make in the 2020 elections?

According to Sidney Powell, a member of President Trump's legal team, " We have identified at least 450,000 votes in key states that only voted for Joe Biden and no other Democrats or Republicans. We have uncovered 98,000 in Pennsylvania, 80-90,000 in Georgia, 42,000 in Arizona, 69-115,000 in Michigan, and 62,000 in Wisconsin." If this is true - it appears systemic. We're getting reports of all sorts of fraud, including postal workers coming forward about being ordered to backdate ballots and confirmed reports of dead relatives voting.

Therefore, I'm asking for a hand tally of all the mail ballots here in Arizona. We need to tally all ballots, Republican, Independent and Democrat and compare those numbers against the machine and they should match. If they have large variances, you've discovered the problem. I am calling on Governor Doug Ducey to call a special session of the AZ Legislature under Article IV of our state constitution to investigate the accuracy and reliability of the Dominion ballot software and its impact on our general election. No election results should be certified until a complete audit of the Dominion machine tallied votes is finished.

It's important we do this. Back in 2000, there were a significant number of Democrats who did not accept the results of the 2000 campaign - that's where many of our divisions began. Many voters felt the election wasn't free, fair and accurate. We cannot make that same mistake again. Therefore, we should all support the President's efforts to ensure that every legal vote is counted. It is his duty and responsibility to our nation.

You can read more about my calls to investigate the Dominion Software HERE.