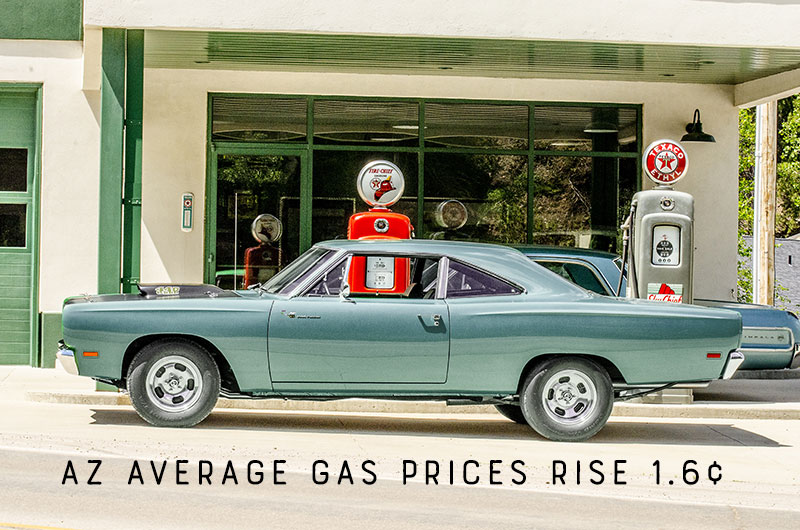 Despite the fact that Phoenix gas prices have fallen, AZ gas prices overall have risen

Gas prices may have a downward movement 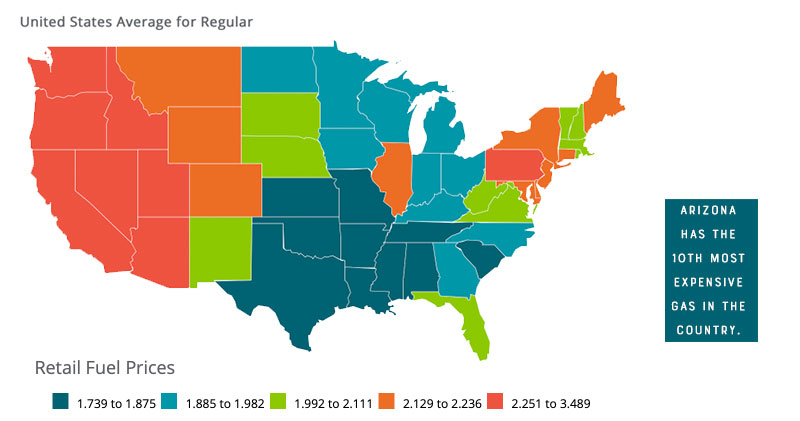 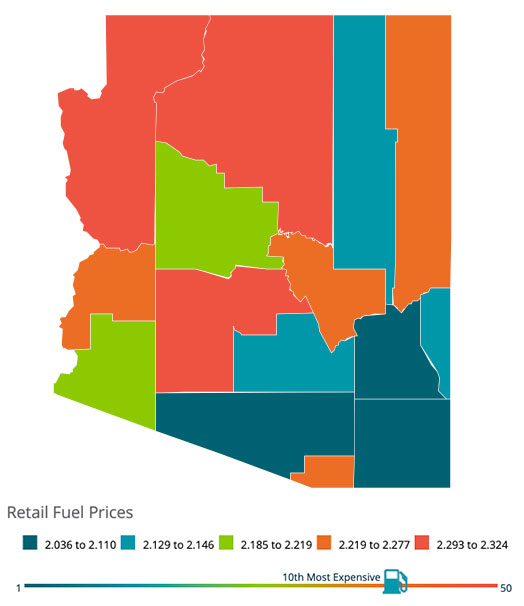 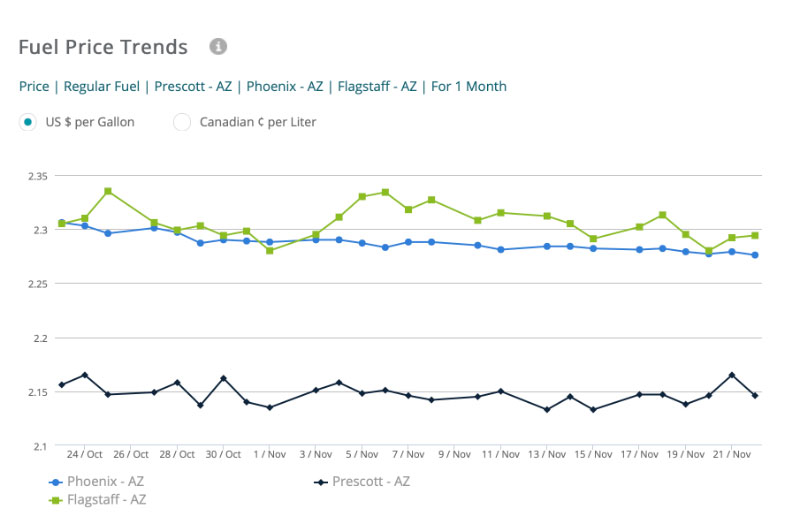 "With Thanksgiving nearly upon us and fewer Americans hitting the road, gas prices have seen some downward movement over the last week, even as oil prices hold near recent highs," said Patrick De Haan, head of petroleum analysis for GasBuddy. "We may end up seeing the lowest Thanksgiving prices in five years if prices continue to trend lower this week, a sign of how the coronavirus has sapped demand for the majority of the year. Between now and the end of the year, we aren't likely to see many fireworks at the pump as demand continues to remain well below prior years, but as a vaccine is set to be released in the months ahead, prices will likely aim for higher ground, so motorists take heed that today's prices may not hold for much longer."