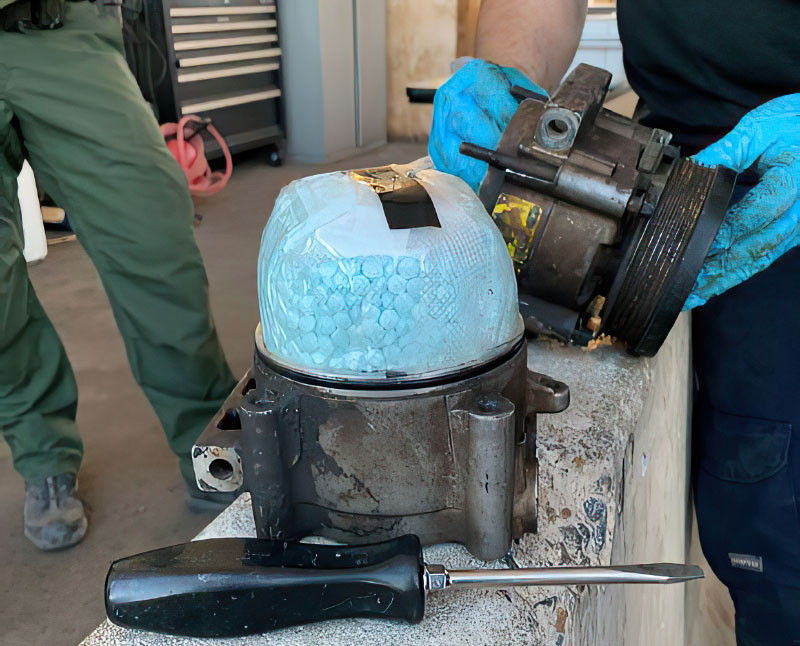 Tucson Sector agents encountered the 1999 Lincoln at the checkpoint around 4:45 p.m. After a K-9 alerted to the vehicle during an open air sniff, agents referred it to secondary inspection.

In their subsequent search of the car and its air conditioning system, agents seized a bag of blue pills that later tested positive for fentanyl. Agents also seized a GPS tracking device they believe smugglers used to track the vehicle’s location.

The U.S. citizen driver was arrested on federal drug smuggling charges. The case has since been referred to Homeland Security Investigations.