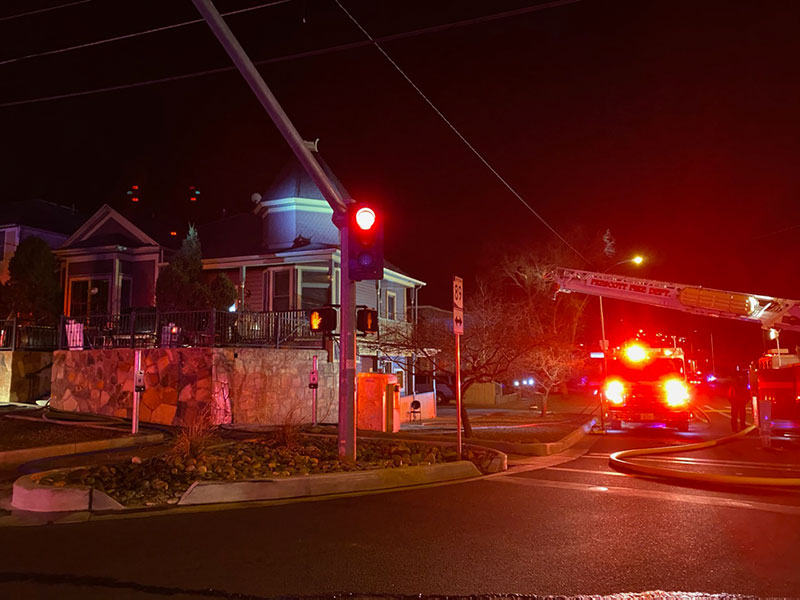 On December 26, 2020, at 4 AM, Crews from Prescott Fire Department responded to a fire alarm in the 100 block of West Carleton. While approaching the scene crews noticed a haze of smoke in the air. At the same time, Prescott Regional Communications center received a call confirming there was a fire at the address. A first alarm assignment was immediately dispatched.

Upon Arrival crews found heavy Smoke coming from the entire attic of a 2 story 3500 square foot Victorian Structure built in the late 1800’s. Residents were already evacuating upon their arrival. The older construction combined with many remodels to the structure, made this fire challenging to fight. 2 additional units were called to the scene to help extinguish the fire. Prescott Fire Department, Central Arizona Fire and Medical, and Lifeline Ambulance responded 5 Engine Companies, 1 Truck Company, a Utility Truck, a Battalion Chief, and an Ambulance.

It took crews about an hour to extinguish the fire and crews remained on scene for approximately 4 hours checking and extinguishing any additional hotspots. There were no injuries to occupants or firefighters, and the cause of the fire is under investigation. 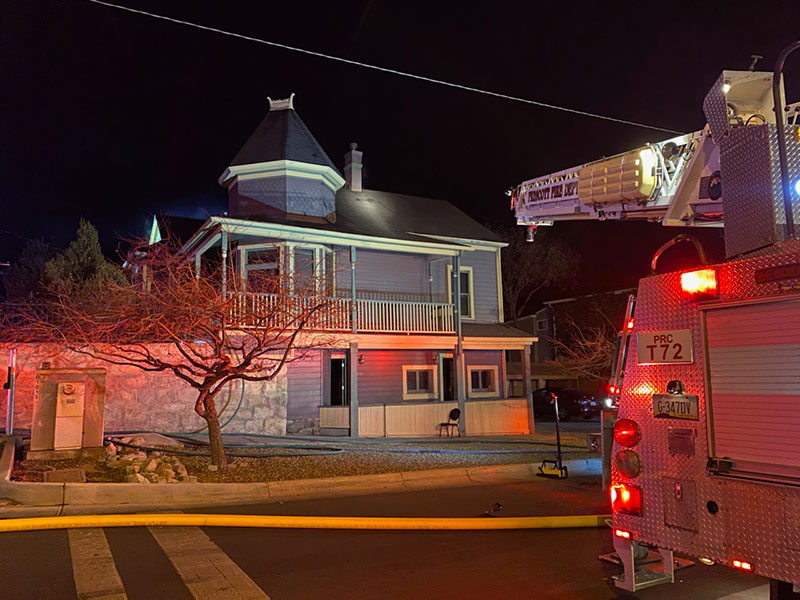