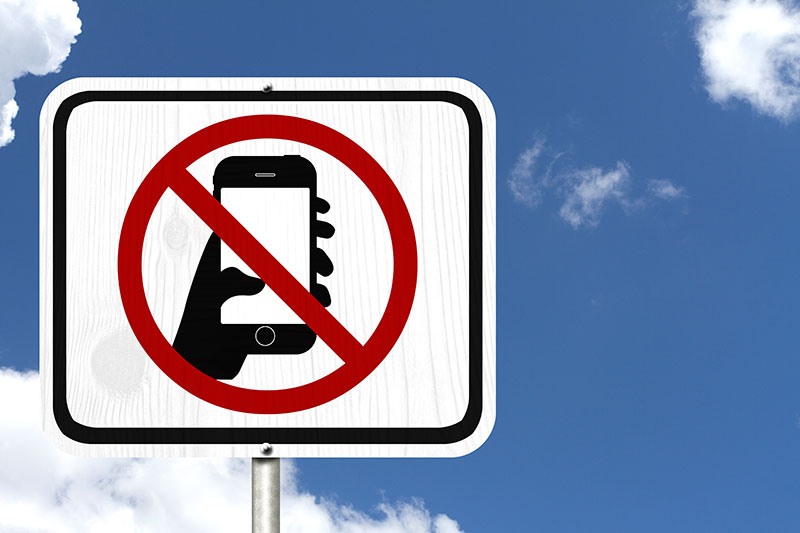 PHOENIX – Perhaps you’ve seen the acrophobia-inducing public service announcements on TV? Maybe heard the rattlesnake’s rattle and hiss while listening to Pandora? Or saw one man distracting a one-ton bull in social media posts, all in the name of preventing distracted driving

Three months after the Arizona Department of Transportation launched its distracted driving awareness campaign “Distracted Drivers Terrify Me,” aimed at reducing the number of people engaging in distracting behaviors while driving, the public outreach effort is still going strong.

And the timing couldn’t be better.

In just a few days, the final phase of the statewide texting and driving ban will go into effect. On Jan. 1, 2021, violators of Arizona’s hands-free law (HB 2318) will become subject to civil penalties. The first violation will result in a fine between $75 and $149 and subsequent violations can be as much as $250, plus applicable surcharges.

“There’s no good reason to text and drive,” said ADOT Director John Halikowski. “Plenty of people think they’re excellent drivers and they can multitask behind the wheel. They’re all wrong. Frankly, people become dangerous drivers when they shift their attention from the road ahead to the tiny screen on their phone. Distracted driving must stop.”

In April 2019 Governor Doug Ducey signed legislation that banned the use of hand-held mobile devices, like cell phones and tablets, while driving a vehicle. It is illegal for drivers to talk or text on a device not engaged in hands-free mode on all roadways in Arizona.

Distracted driving causes thousands of entirely preventable crashes every year. In 2019 in Arizona, at least 10,491 drivers involved in crashes were engaged in distracted driving behavior. Traffic safety stakeholders believe this figure is actually much higher, however, because distracted driving is underreported since drivers often don’t admit to being distracted or died in the crash.