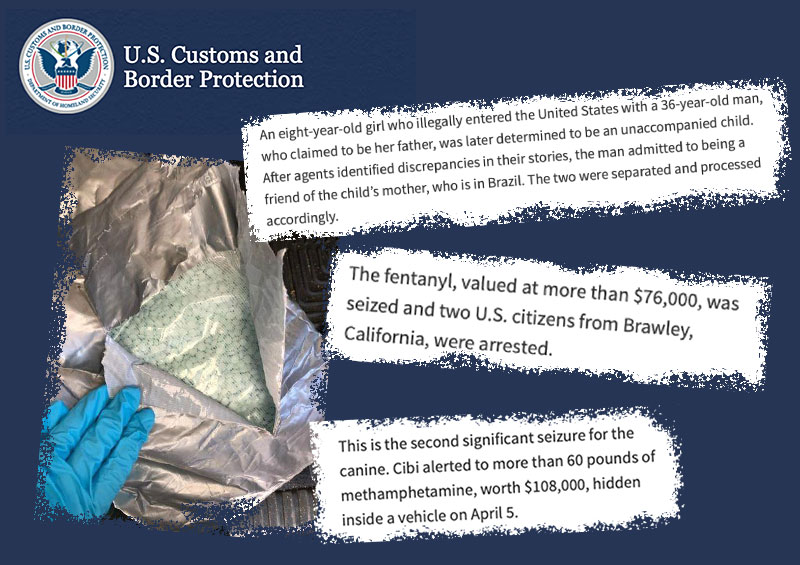 Immigration problems create the issues on the border.

An eight-year-old girl who illegally entered the United States with a 36-year-old man, who claimed to be her father, was later determined to be an unaccompanied child. After agents identified discrepancies in their stories, the man admitted to being a friend of the child’s mother, who is in Brazil. The two were separated and processed accordingly.

In addition, agents determined that a 14-year-old girl and a 40-year-old woman who claimed to be daughter and mother were a niece and aunt. The two Romanian nationals illegally entered the country together but were separated under the Trafficking Victims Protection Reauthorization Act after the fraud was discovered.

“Border Patrol agents continue to identify children who are fraudulently used to circumvent our immigration system,” said Yuma Sector Chief Patrol Agent Chris T. Clem. “Through the interview process, agents are able to identify discrepancies. The safety and well-being of these children is of the utmost importance.”

K9 Sniffs Out Second Large Drug Seizure Within a Week

At approximately 3 p.m., agents assigned to the Highway 78 immigration checkpoint referred a Dodge Dakota to the secondary inspection area following a canine alert. During a subsequent search of the vehicle, agents discovered a leather jacket sleeve hidden under the vehicle’s rear seat with a duct-taped package inside that contained over seven pounds of fentanyl.

The fentanyl, valued at more than $76,000, was seized and two U.S. citizens from Brawley, California, were arrested.

This is the second significant seizure for the canine. Cibi alerted to more than 60 pounds of methamphetamine, worth $108,000, hidden inside a vehicle on April 5.

U.S. Customs and Border Protection is the unified border agency within the Department of Homeland Security charged with the management, control, and protection of our nation's borders at and between official ports of entry. CBP’s mission includes keeping terrorists and terrorist weapons out of the country while enforcing hundreds of U.S. laws. Follow us on Twitter @CBPArizona.