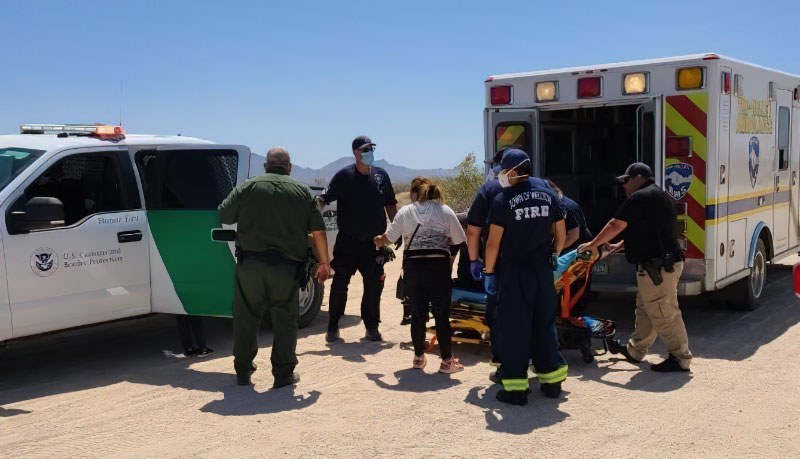 Customs & Border Agents were in the middle of a rescue when an 11-year-old boy lost consciousness.

YUMA, Ariz. – Wellton Border Patrol agents intercepted a group of five migrants in the desert Tuesday morning and found themselves in the middle of a rescue when an 11-year-old boy in the group lost consciousness.

At approximately 10:15 a.m., agents apprehended the group near the Tinajas Altas Mountains, approximately 35 miles southeast of Yuma, after they illegally crossed the border into the United States. The group consisted of two adult females and their respective children, who were three, six and 11 years old.

Within minutes of encountering the group, agents determined that the 11-year-old was suffering a heat-related illness and needed immediate medical attention. EMS was activated and agents coordinated a rally point to meet the Tri-Valley Ambulance.

The 11-year-old and the remaining members of the group were transferred to EMS and transported to Yuma Regional Medical Center for treatment and evaluation.

As temperatures begin to soar, agents are encountering an increase of migrants in distress in the desert. They are often lost and disoriented and don’t have enough food or water with them. So far this month, agents have responded to 21 migrant calls to 911 for help.