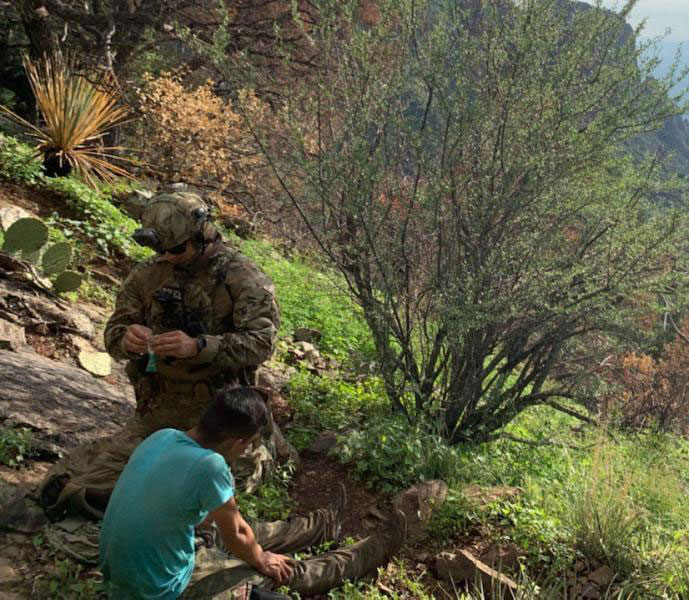 Encounters with illegal aliens have risen 282% this year

On board a U.S. Customs and Border Protection, Air and Marine Operations Blackhawk helicopter, assigned to the Tucson Air Branch, members of the Tucson Sector Border Patrol Search Trauma and Rescue (BORSTAR) team responded to a 911 call placed by a 24-year-old Guatemalan man. The air crew located him near Baboquivari Peak, where rugged terrain forced them to perform a hoist extraction of the man.

An Air and Marine agent trained as an emergency medical technician was hoisted to the stranded migrants’ location to prepare him for hoist extraction.  Due to the rugged terrain, the migrant and all agents were hoisted into the aircraft.   The migrant was then transported to a temporary facility for immigration processing.

The Tucson Sector has encountered more than 118,000 single adult migrants this fiscal year to date, a 282% increase over last year.