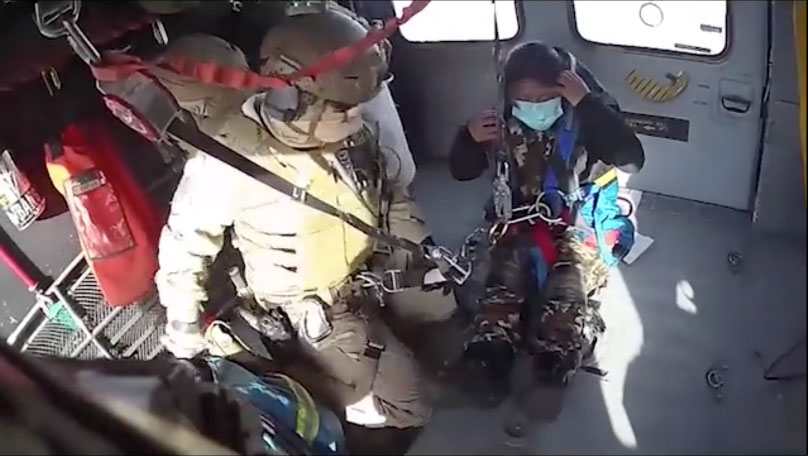 U.S. Border Patrol and Air and Marine Operations Locate and Rescue a Female Migrant Deep in the Baboquivari Mountains

Around 2:30 in the morning, the Arizona Air Coordination Center was routed a 911 call originally received by the Tohono O’odham Police Department. A female migrant stated she was alone and unable to walk. During the call, officials determined she was stranded deep in the Baboquivari Mountain Range, more than 13 miles north of the border.

The woman’s GPS location information was given to Tucson Sector Border Patrol agents¸ who began the rescue effort in the dark and were able to locate the woman around 7 a.m. After assessing her condition, they determined she would need to be airlifted from the mountains.

“CBP components will move heaven and earth to find someone who is lost, injured or unable to continue,” said Tucson Sector Interim Chief John Modlin. “All too often, like today, migrants are wearing camouflage and avoiding being seen until it’s too late. Luckily this woman was able to call for help, and we were able to determine her location.” 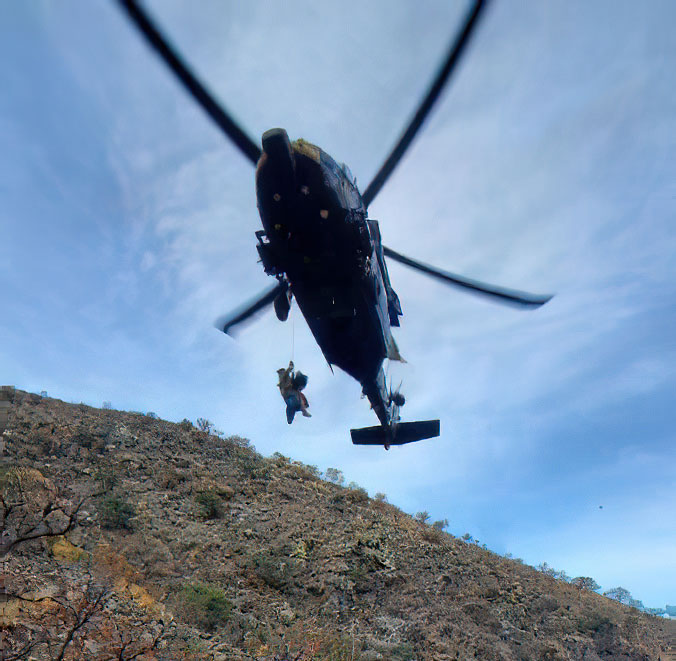 ++AMO conducts a 125-foot hoist to rescue a woman from the Baboquivari Mountains.

An AMO Tucson Air Branch UH-60 Black Hawk crew launched to the area. Rugged terrain prohibited the helicopter from landing, so the crew conducted a 125-foot hoist operation to reach the woman. An AMO rescue specialist who is also a trained Emergency Medical Technician helped stabilize her as well as determine that she required a higher level of care. The woman was flown to the nearest Border Patrol checkpoint on Highway 286, where the AMO EMT continued to treat her injuries while they awaited the arrival of an ambulance.

“Luckily, this woman was equipped with a cell phone and was able to call for help,” said Tucson Air Branch Deputy Director Hunter Robinson. “Deep in the Baboquivari Mountains, a cell phone signal can mean the difference between life and death.”