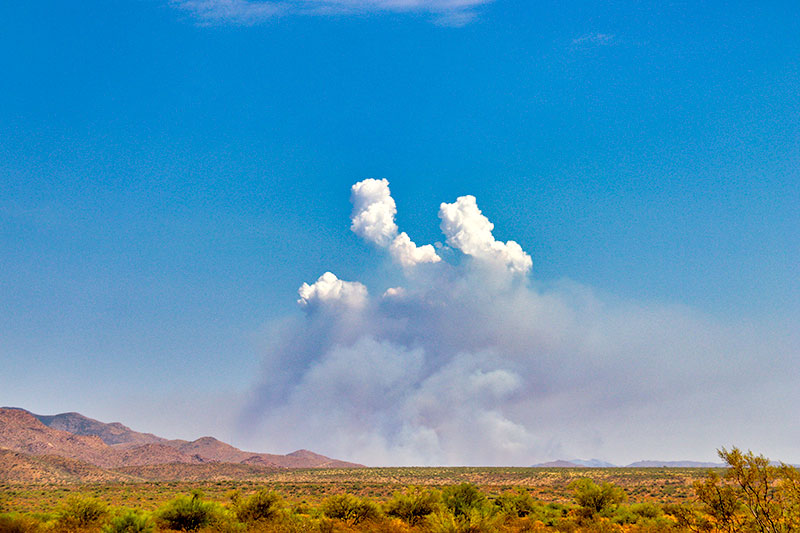 All photos by Lynne LaMaster unless specified otherwise.

The Constellation Fire has more than quadrupled since Thursday evening.

In this photo, you can see the haze over the valley.

According to Inciweb, the Constellation Fire grew exponentially Thursday night due to outflow winds after two storm cells merged over the fire. The fire is now at 8,000 acres per a recon flight by Air Attack Friday morning. https://copperstate.news/wickenburg-news/item/188-constellation-fireSeven structures are within two miles south of the fire and firefighters are working actively to provide structure protection to those values at risk. Winds continue to shift the fire in all directions. The fire is mainly moving to the northeast through grass and brush.

No moisture was associated with the Thursday storms. Firefighters will again be dealing with hot temperatures, and only a 20% chance of showers in the forecast.

Only the initial two ranches have been asked to evacuate so far.

According to the Arizona Department of Forestry and Fire Management, the #ConstellationFire continues to actively burn northeast of #Wickenburg and is being fueled by high winds and desert vegetation. 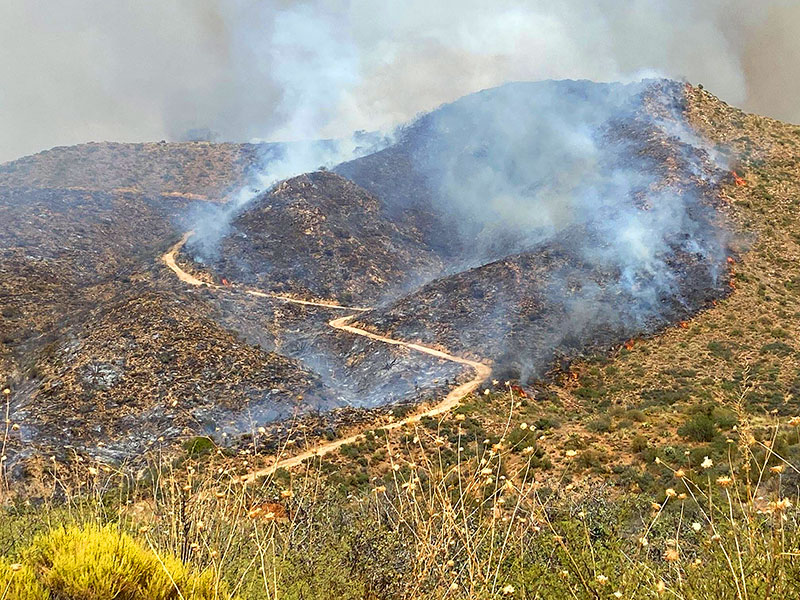 Photo from the Arizona Department of Forestry and Fire Management

The fire size is estimated at 1,500 acres as of Thursday evening.

An estimated 60 personnel, including air support, are assigned to the fire and additional resources have been ordered. 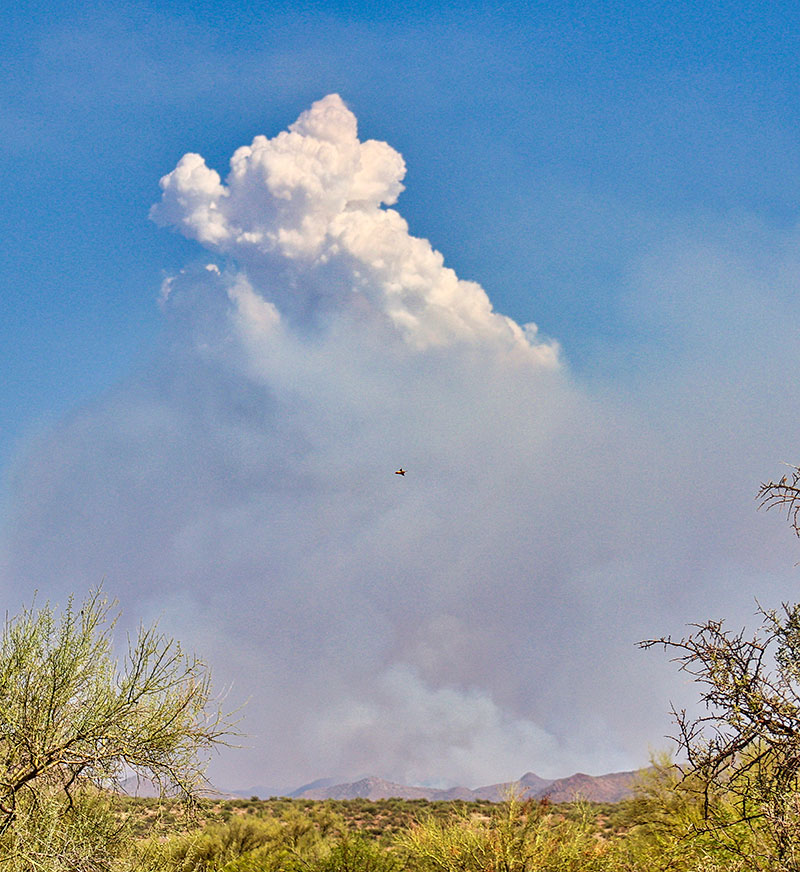 The two ranches are the only evacuations at this time.

Smoke is likely to settle into Wickenburg in the early morning hours and will possibly be visible, once again, from the Wickenburg and Wittmann-areas along the US 60. 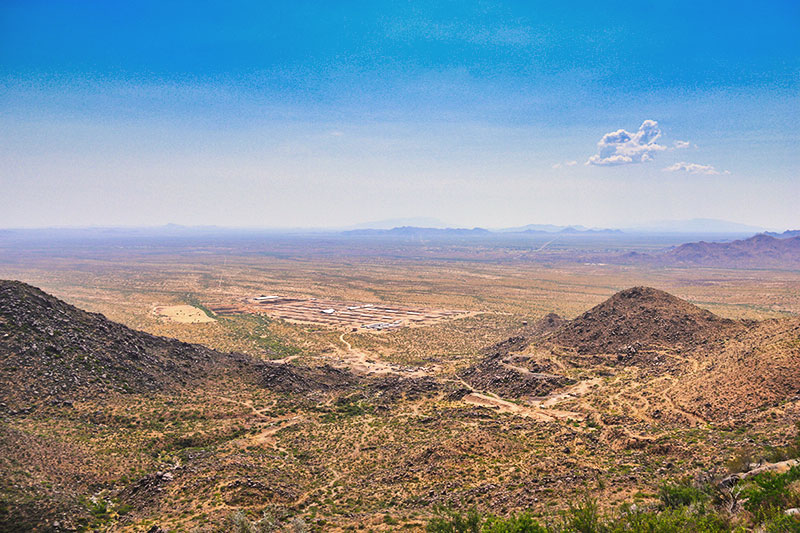 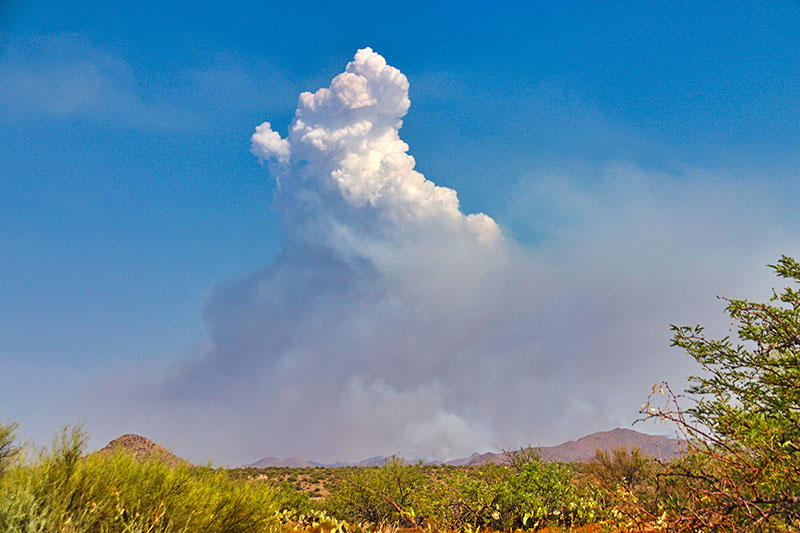