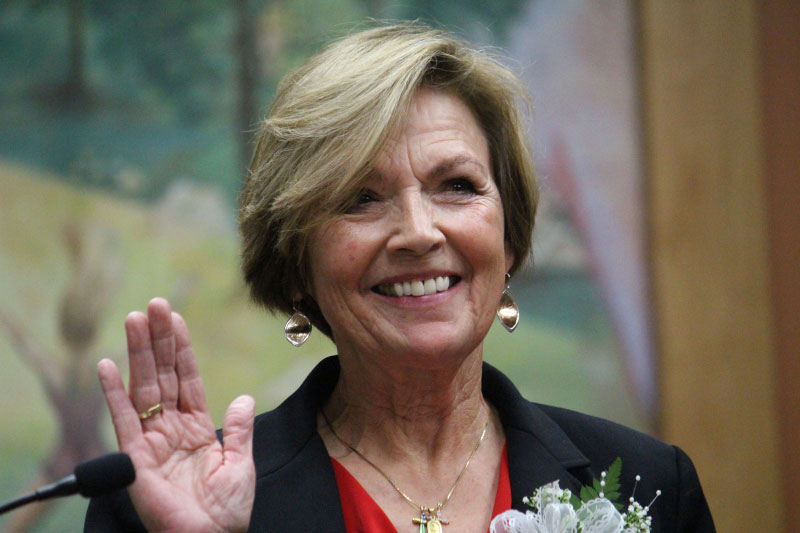 Councilwoman Billie Orr Announces Her Resignation from the City Council

PRESCOTT, AZ (January 4th, 2021) – City Councilwoman Billie Orr has announced her intention to resign from public service and will vacate her seat on Prescott City Council effective January 19th, 2021.  She cites her plans to relocate from Prescott for health-related reasons. “After careful consideration, my husband Bob and I have decided that it would be in both of our best interests to leave our beloved Prescott and move to a locale with a lower altitude. This was an extremely difficult decision but the right one for us to make at this time.”

Prescott Mayor Greg Mengarelli stated that “Billie will be sorely missed. Her dedication and service to the City of Prescott have been awe-inspiring.” He further stated that “Billie’s boundless energy and eternal optimism are inspirational to both her fellow councilmembers and city staff.  She leaves the City in a very good place, ready to take on the challenges and opportunities that lay before us. I want to profoundly thank her for everything she’s done for our community. We wish Billie and Bob all the best as they embark on their next chapter.”

Billie Orr was first elected to Prescott City Council in 2015 and was reelected in 2019.  She was selected by Mayor and Council to serve as Mayor Pro Tem from 2017 to 2020.   Dr. Orr was one of the leaders of the successful Yes for Prescott campaign in 2017, where voters approved a three quarter of a cent sales tax increase, raising funds to pay the City’s Public Safety Personnel Retirement System (PSPRS) unfunded liability.  At the time, Prescott’s PSPRS unfunded liability was over $86 Million and was only 30% funded.   According to the most recent report on the City’s PSPRS liability, a total of $43 million has been raised to pay down this liability and the City of Prescott PSPRS is now 69% funded. This vast improvement in public safety pension funding is now allowing the City to flourish and take on a number of needed and necessary projects.

Procedures and plans to fill the vacant seat will be announced at a later date.