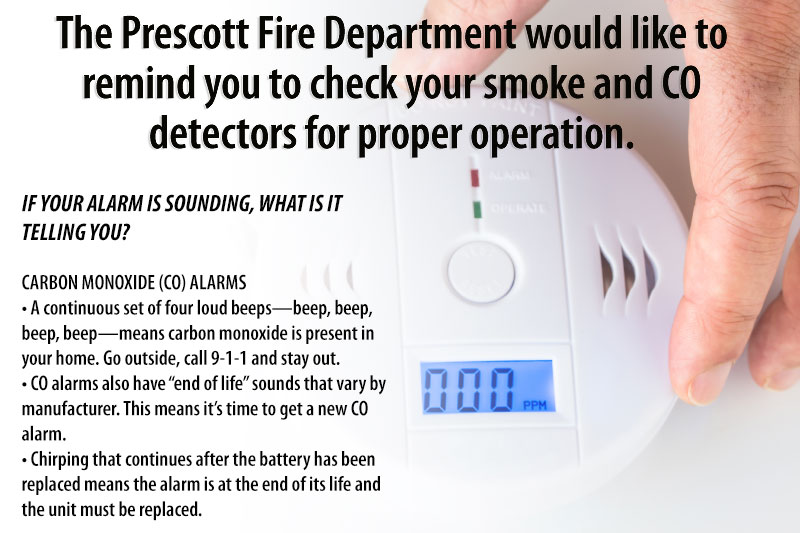 Fortunately, nobody was hurt in this incident

On March 13, 2022 at about 4:15 pm, the Prescott Fire Department was dispatched to a smoke detector sounding in the 1000 block of Sandretto Drive. The caller stated she could hear a smoke detector “beeping” in the apartment next to her.  Upon arrival, the responding fire crew found the apartment in question charged with smoke and requested a first alarm assignment respond to the scene. When fire crews entered the apartment, they found a plastic bowl had melted on the stove top causing the smoke which, in turn, set off the smoke detector. No damage was caused to the apartment as a result of this incident.

The Prescott Fire Department would like to remind all residents that Smoke Detectors Saves Lives. Smoke detectors should be placed in each room where a person sleeps as well as hallways and large spaces such as living rooms. Please check the batteries to your smoke detector once a year and note that smoke detectors are good only for 10 years.