The Sons of the American Revolution, Prescott Chapter February 11, 2021 336 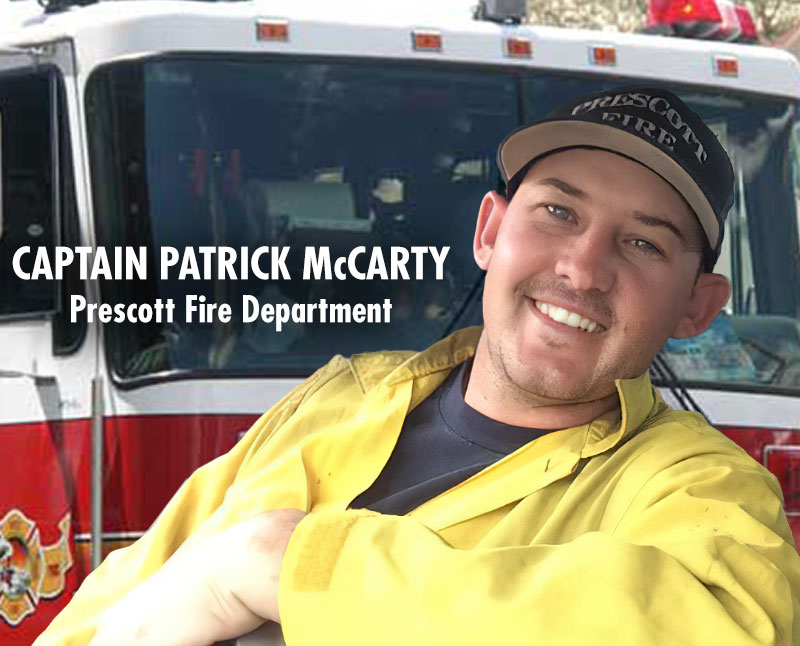 Prescott, Arizona, February 13, 2021-- The Sons of the American Revolution will recognize and award its Lifesaving Award to Captain Patrick McCarthy, who provided immediate medical care and lifesaving efforts that resulted in full recovery of a citizen who was experiencing sudden on-set cardiac arrest. Captain McCarty and his crew never gave up on a pulseless patient. They spent more than 20 minutes resuscitating the patient and restored a heartbeat and enhanced the patient’s consciousness to the point he was able to communicate while enroute to the hospital.

The American Revolution’s Lifesaving Award is presented to those individuals who have acted to save a human life without necessarily placing their own life or themselves in imminent danger. The medal is intended primarily for acts by civilians not in uniform, however, police officers, fire fighters, emergency medical personal, lifeguards, and SAR Compatriots are not excluded from receiving this award. The medal is not intended to recognize acts that would otherwise qualify for military or another organization’s valor and, in all cases, the fact that the actions of the rescuer actually saved the life of the victim must be validated by EMS or medical personnel.

A medal and certificate will be awarded to Captain Patrick McCarty by SAR Chapter President Jack Berry on February 13, 2021 at their general meeting to be held in the Arizona Room of the Hassayampa Inn, Prescott, Arizona.