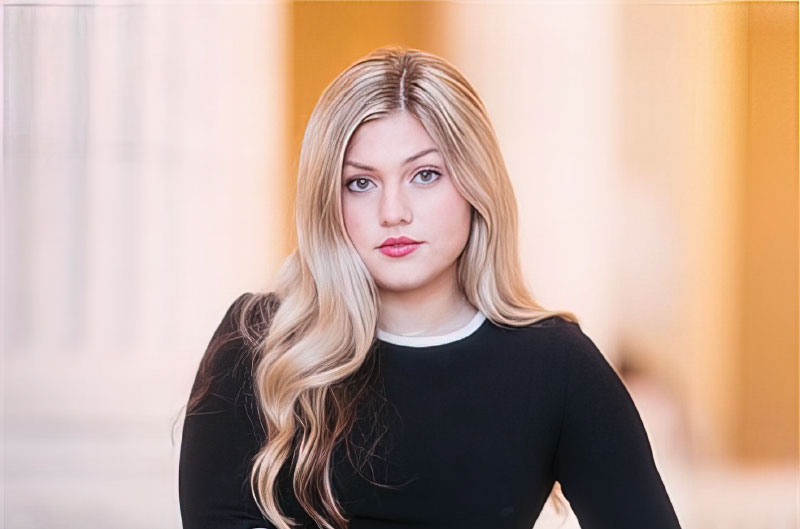 This Week With Gosar, a report on an intern targeted because she’s conservative

Faith Graham is an Arizona native and the daughter of prominent Arizona businessman and former GOP chair Robert Graham. She was a freshman at American University (AU) in Washington, D.C.

At age 14 she gave an incredible speech at a Trump rally.

At age 18 Faith interned for Congressman Gosar and became one of the star hosts of the Gosar Minute. To see Faith’s work as a host click HERE and HERE.

Faith started her first year at American University. But once some of the far leftists at the school, including communist professors, learned she was conservative, they engaged in a systematic campaign of harassment against her.  Enough to where she was forced to transfer to Brigham Young University.

Congressman Gosar said “If I had a child thinking of going to American University I would reconsider.  It is a bastion of intolerance and hate against Americans and conservatives and your children may not be safe there.”

Campus Reform did a story on this as well.

In the article, "Paul Gosar calls on American University to handle 'harassment' against his student employee,” author Logan Dubil details some of the harassment Graham has allegedly endured.

Congressman Gosar, who represents Arizona Congressional District 4, is appalled, saying that it is "disturbing and wrong” that Graham’s safety has not been protected by American University, and they have done nothing about this sustained harassment.

Other students are also noticing, and they are also concerned. “I think it’s awful that she was mobbed due to her conservative values,” Shira Cohen said.

Graham is now seeking a transfer to Brigham Young University, due to her experience at AU.