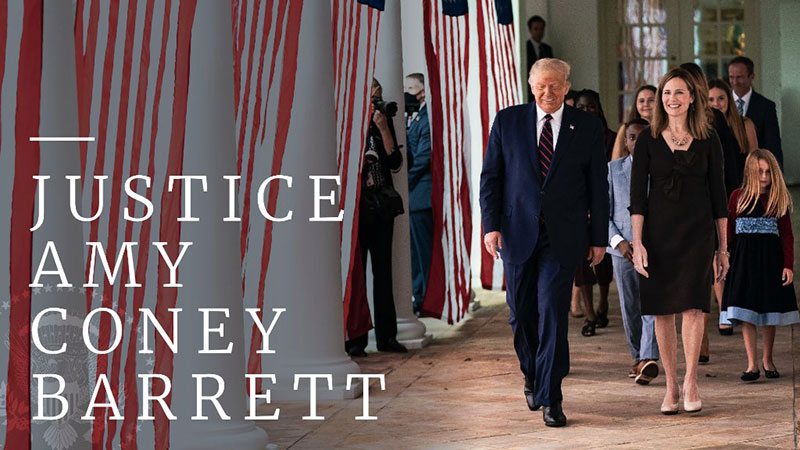 “Today is a historic day for our country and the U.S. Supreme Court. With her confirmation, Amy Coney Barrett becomes just the fifth woman to serve on the Supreme Court, and the first mother of school-age children. Her qualifications are without question — as is her commitment to upholding the Constitution and rule of law. I applaud the Senate for confirming Amy Coney Barrett, and I’m thankful to President Trump for nominating an individual who values America’s founding documents and will interpret the Constitution as written.”

Background
President Donald Trump announced his nomination of Amy Coney Barrett on Saturday, September 26, 2020. Today, the U.S. Senate voted 52-48 to confirm the nomination. Amy Coney Barrett will be the fifth woman to serve on our nation’s highest court.

A professor of law for 15 years at the University of Notre Dame, Coney Barrett wrote extensively on the issues of constitutional interpretation, stare decisis, and statutory interpretation.

On October 31, 2017, she was confirmed with bipartisan support to serve as a judge on the 7th U.S. Circuit Court of Appeals.

Governor Ducey co-authored an op-ed in support of Coney Barrett’s confirmation, which can be read HERE.

During the hearings, Barrett was asked why she wanted to be on the Supreme Court.

ACB: In many ways, my children are the reason not to do this.

But they're also the reason to do it.

If we are to protect our institutions and freedoms for our children,

and for our children's children,

then we need to participate in that work. pic.twitter.com/Q4JeF8hViA

Senator Martha McSally was at Justice Barrett’s historic swearing in.

Honored to be at the White House for Justice Barrett’s historic swearing in! pic.twitter.com/ReR2OllVjW

Today I had the honor of casting a historic vote to confirm Judge Amy Coney Barrett to the Supreme Court. She is a brilliant, fair jurist who will bring a stellar judicial temperament to the bench. I look forward to seeing her take her seat on our nation's highest court. pic.twitter.com/y3UKtpMhuv 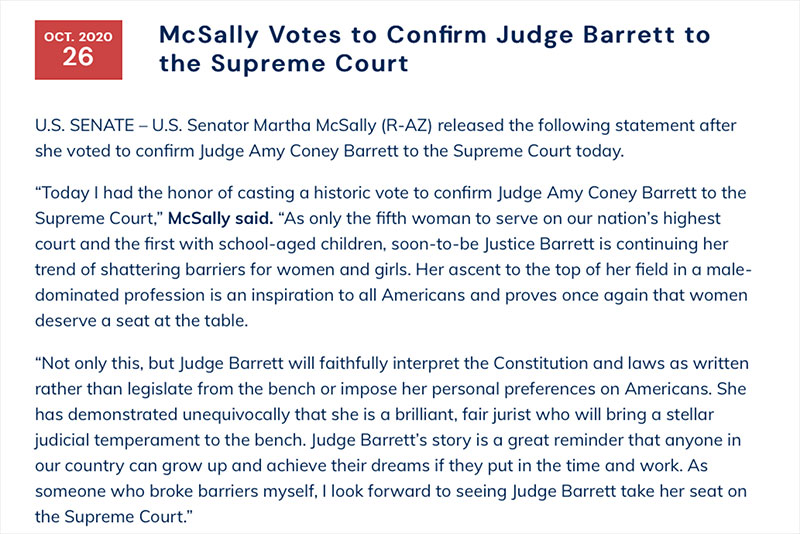 Arizona Senator Kyrsten Sinema, on the other hand, voted against the confirmation of Barrett, posting this statement in advance: 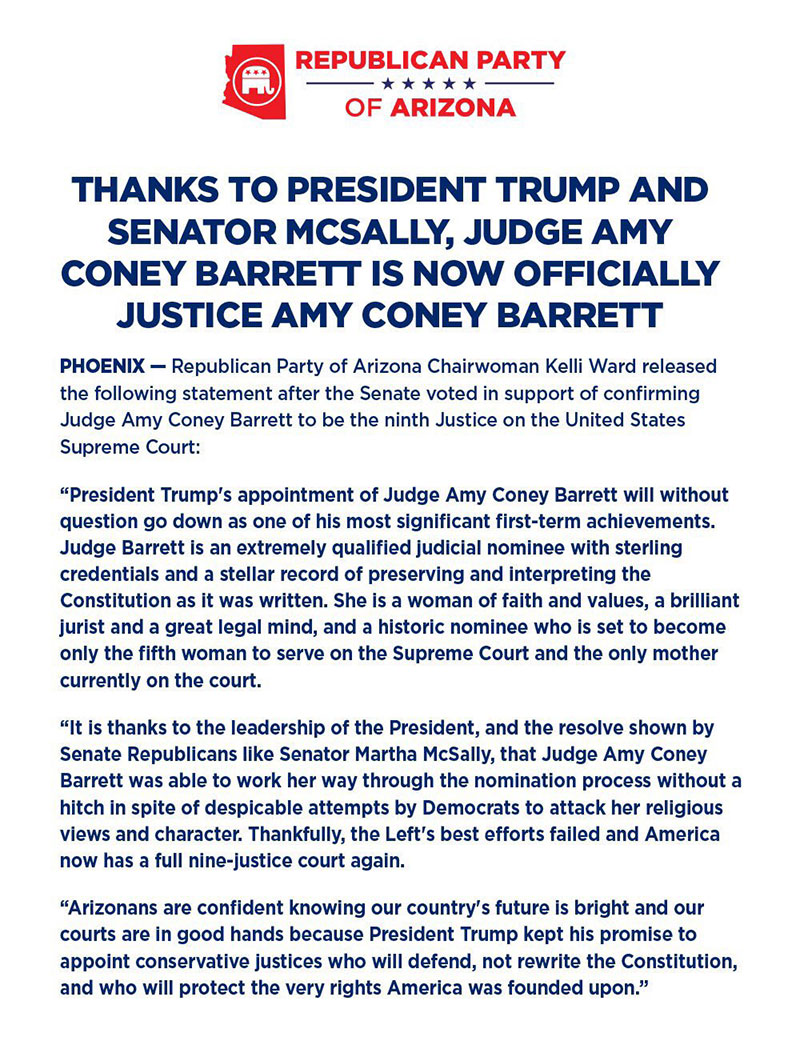 Of interest, Dr. Sebastian Gorka pointed out the back story behind the confirmation and swearing in of Barrett.

POETIC JUSTICE @JoeBiden was the committee chairman who launched the “high-tech lynching” against then Judge Clarence Thomas.